Currently holed-up in the studio working on their debut album, the Wolf Alice headline tour dates are set to be some of the best of 2015.

It follows a meteoric year in 2014, which saw the band pack out festival stages and ignite a fierce fanbase with their heralded ‘Creature Songs’ EP on Dirty Hit Records. Having sold out London’s Heaven, the band have set their sights on their next conquest – Shepherd’s Bush Empire, traditionally a marker for a band’s ascent into stardom. Wolf Alice have been ready for those heights for months – after perfecting their craft in the studio since the summer, 2015 is the year they’ll stake claim to the throne. Gigslutz are now giving 3 lucky winners a chance to see the band close up.

We have a pair of tickets to give away for the following dates:

Winners will be picked and notified on 18th February 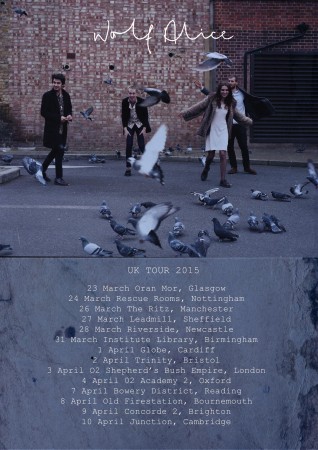