Dubbed as ‘Indie-pop-ones-to-watch’ after supporting Cassia on their UK Tour, Scottish five-piece Dancing On Tables is a rare school-band success story.

The five-piece attribute a lot of their success to Grassroots Venues – small, independent venues that support the growth of small, local bands and hubs for local music and culture.

Since Scottish nationality is so synonymous with both the band’s sonic and physical identity, it is no surprise that they have played grassroots venues in about “every town and city in Scotland.”

They are so passionate about these cultural spaces, as they gave the band the opportunity to “develop their set” as well as “give [us] the platform to reach new listeners.  They [Grassroots venues] allowed us to mature as both musicians and people and will always have a special place in our hearts.” 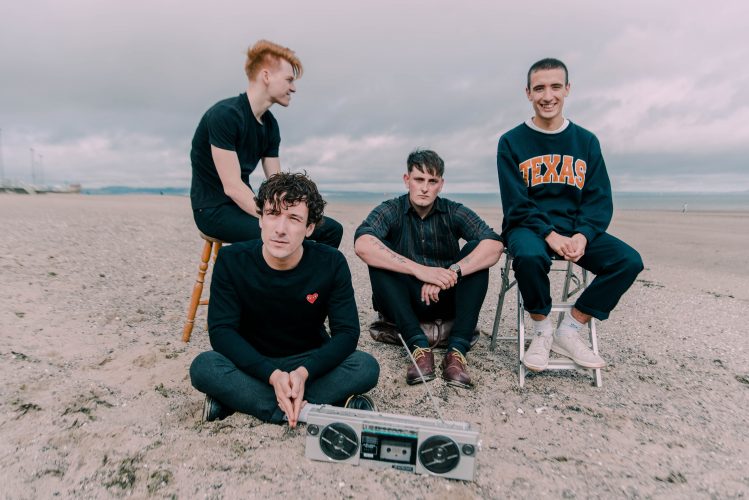 The constant political uncertainty surrounding the future of Britain is an intrinsic component in how Dancing On Tables relate to their roots. Plagued by recent events such as the Scottish Independence Referendum, the boys feel that “Scottish people feel” that they have been “betrayed by every aspect of Brexit”, because of the “negative implications it will have on the rest of our life”.

Doing what musicians do best, though, this frustration has fuelled the music of many artists that the band are surrounded by. Political uncertainty has also translated into musical uncertainty, in a way:

“The music that we produce is something that we want to be listened to for years to come, so it doesn’t directly change that side of us. Saying that, it’s constant thought on our minds when we look to our own future, as well as the future of Grassroots music venues.”

Fittingly, then, the band’s latest single, ‘Stereo’, feels unapologetically and quintessentially Scottish.  Heavily reminiscent of the grit and passion that underpins the vocals of fellow Scot-band, Twin Atlantic. The track is chock-full of gutsy guitar hooks, driving drums, vocal and guitar distortions, wrapped in an undeniably charismatic, angsty Scottish accent.

‘Stereo’ marks a sonic departure from sugary indie-rock, with country music underpinning the “story of the song”, since the lyrics were “written in half an hour in a hotel room in Nashville”.

Being surrounded in a city that is “ventured around music” allowed the boys to find what they really wanted ‘Stereo’ to say: that is, an assertion of confident lyrics amidst political uncertainty, “if it’s meant to be, it will come to me”.

Dancing On Tables’ new single, ‘Stereo’ is out now.

This Feeling Track of the Day : Anteros ‘Drive On’