As April draws ever closer, so does Coasst’s headline tour with support throughout form Mancunian daredevils, Delights.

Delights themselves remain unsigned as they grapple their way to the top.  Having released their self-titled EP back in September 2017 the boys in the band have seen themselves play a successful night with Scruff Of The Neck, a sold-out show at The Castle in Manchester’s Northern Quarter and are now preparing to embark on a five-date UK tour with Coasst. 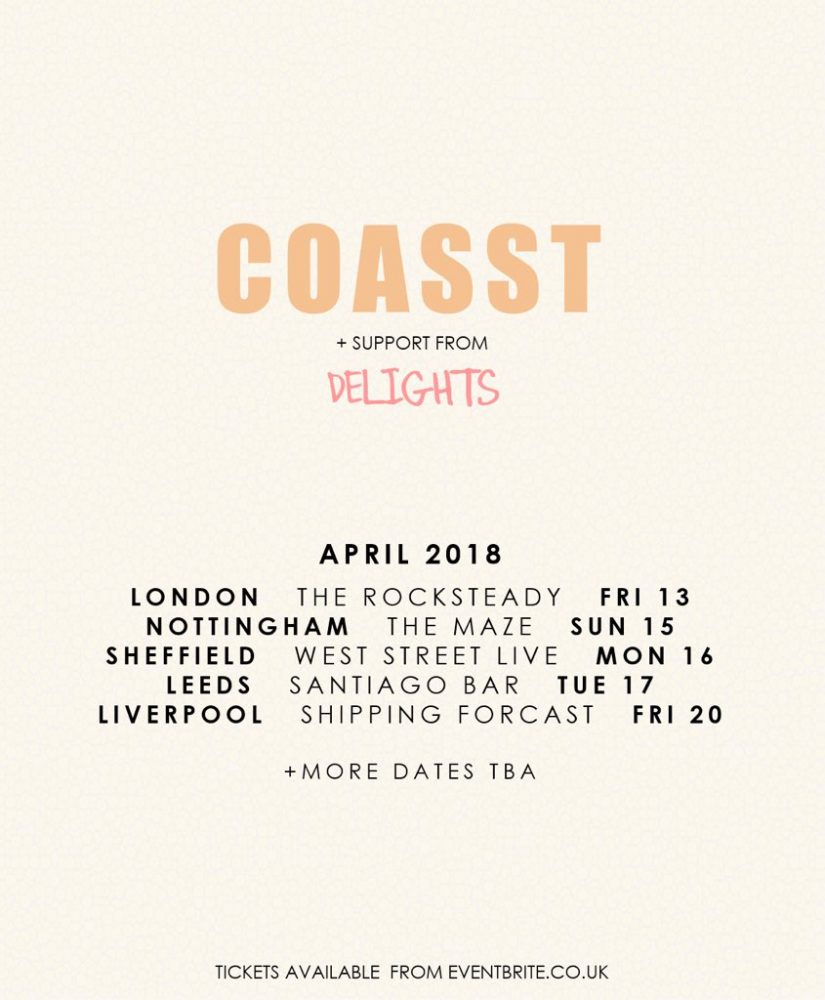 Kicking off on the unlucky for some Friday 13 April, at The Rocksteady in London, Delights and Coasst will move onto Nottingham’s The Maze, Sheffield’s premier venue, West Street Live before a penultimate show at Leeds’ Santiago Bar, from 15-17.  The two groups will then have a couple days break from trooping about the country before smashing Liverpool’s Shipping Forcast and subsequently bringing the tour to its end on Friday 20.

Tickets for all Delights UK tour dates are available here.