Roll, up roll up – the most exciting news of the day is that Liam Gallagher’s support acts for his sold-out show at Finsbury Park have just been announced.  And boy, are we in for a day to remember!

The caged-animals, Wolf Alice, as well as Austalia’s answer to Brit-pop, DMA’s and The Sherlocks, lead the show support reveal, alongside the boys in the band who scream for ketamine, Trampolene, pop purveyors, Dream Wife and those Saddleworth hags, Twisted Wheel. 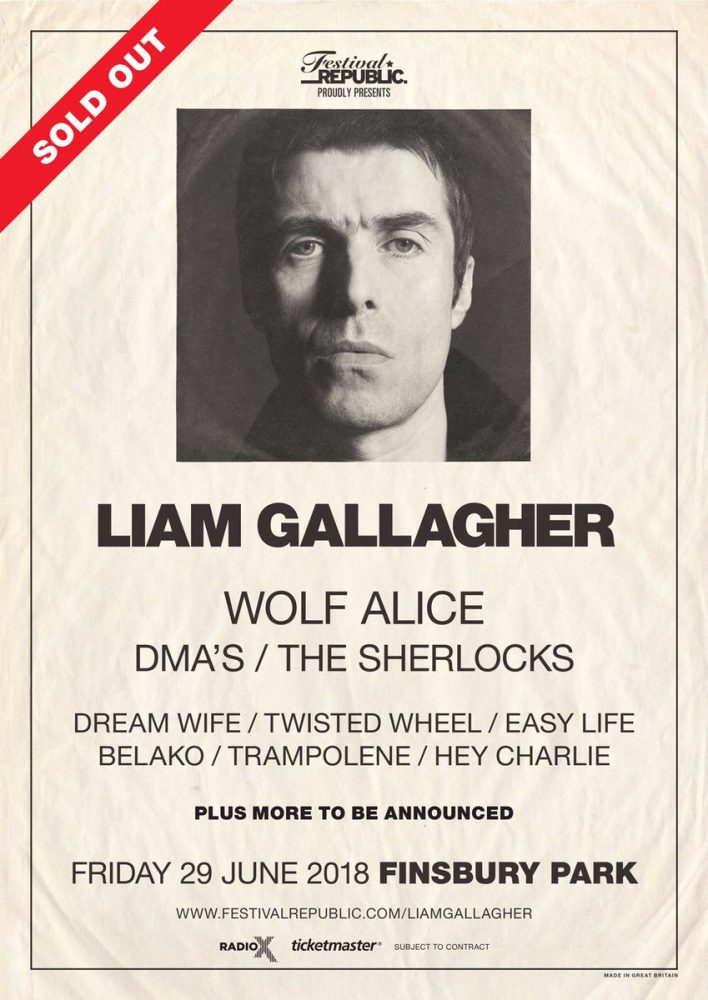 After this sextet of mammoth names, can the Finsbury Park show on June 29 get even more desirable?  Of course, throw in Easy Life, Belako and the coolest London trio, Hey Charlie, and the answer is a resounding hell yes.

With a promise of more artists to be announced, the only word that can be used to describe the forthcoming Finsbury Park show is mega.  Keep your eyes peeled and your expectations high for this summers premier event: Liam Gallagher, take a bow, sir.