Every once in a while a new band comes along who are so extraordinarily talented and exciting that they blow your mind! That band is here and they’re called ‘OK Cane’. They are a four piece indie/rock band hailing from Leicester consisting of Harrison Gent on Vocals and Lead guitar, Arlo Cooper on Rhythm Guitar Joe Chapman on Bass Guitar and Kian Sutton on Drums.

Although only young, the sheer talent and maturity of this band is something quite sensational. The first time I heard this track, my world stopped for a moment. I was blown away and knew instantly  that I was witnessing the unveiling of something incredible and very exciting!

It’s perhaps unsurprising to learn that lead guitarist and vocalist, Harrison is no stranger to the music industry having shown an aptitude from a very young age and that although still only of tender years, has already jammed alongside the likes of The Smith’s Andy Rourke and the band Played for Oasis founder and Creation Records Legend Alan Mcgee. They also performed for IDLES frontman Joe Talbot and supported the Fun Lovin Criminals’ Drummer on his solo project – ‘Uncle Frank’ at Leicester’s O2.

OK Cane’s debut single release ‘Wait’ is soulful and hypnotic in its brilliance, with rhythmic drum beats in the intro alongside intricate guitar riffs. It’s obvious the level of skill involved, couple this with the bluesy, husky tones of the powerful vocals and the catchy chorus line hooks and you’ve got a winning formula.

‘Wait’ was written by Harrison Gent and was recorded at Potters View Studio apart from the drums which were recorded at Seamus Wongs Studio. The track was Mixed and produced by Nick Trepka and Harrison Gent.

Liverpool – to be announced 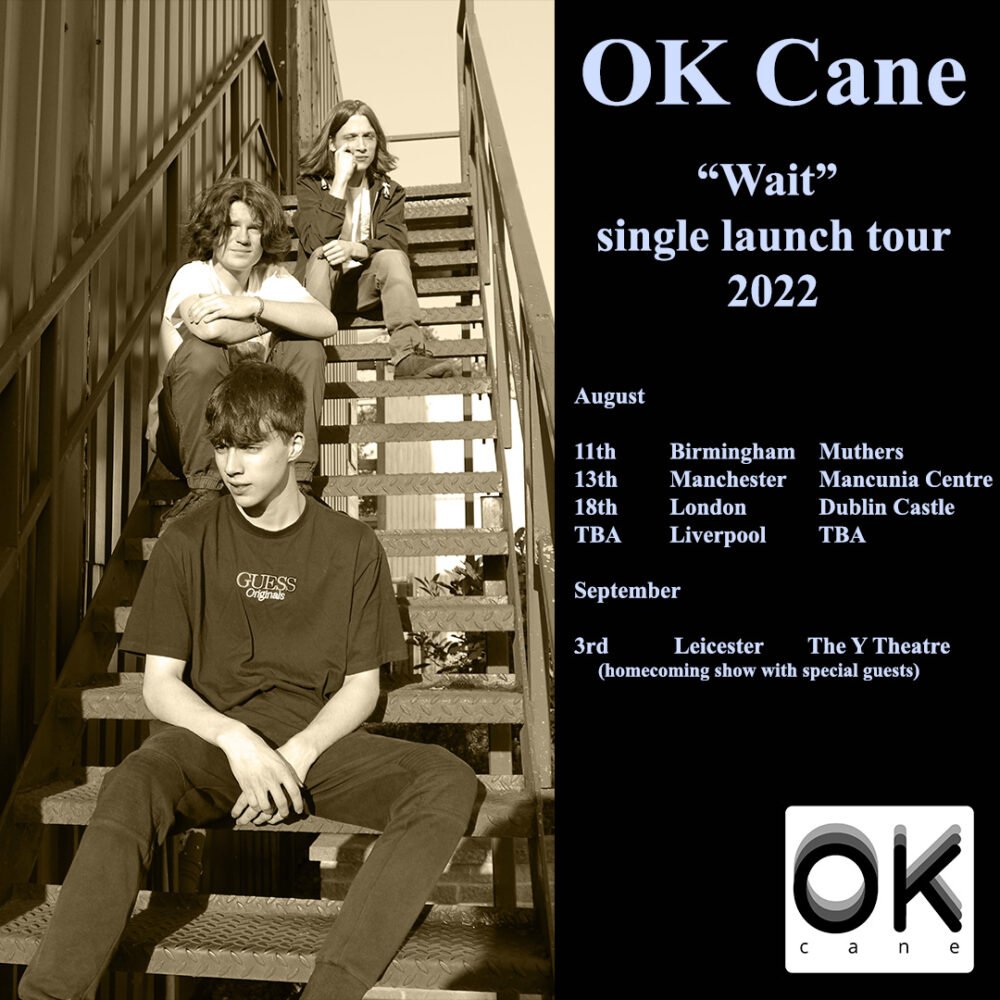