SYNOPSIS: This years Manchester Psych Fest is set to be the biggest one yet, featuring the biggest names in the cities most prestigious venues. Previously the Psych Fest was held in the infamous Northern Quarter in venues such as Soup Kitchen and Band on The Wall. However, this year they’ve upped their game, hosting the fest in much larger venues in the city centre. Featuring huge names such as Courtney Barnett and Kettering homeboys Temples as well as up and coming artists such as Manchester’s URF and Yorkshire starlets Working Men’s Club. This year’s Psych Fest is quite simply an event that cannot be missed.

TRAVEL: Since the festival has moved from the NQ for the first time, travelling has never been easier. The festival is held directly opposite Manchester Oxford Road train station, a 5-minute walk from the Coach Station and a 2-minute walk from the nearest Metrolink tram stop. Busses, Taxis and Ubers are everywhere and run until around midnight. There is no camping option as this urban festival only runs for one day. But accessibility has never been this easy for a metropolitan festival.

PRICES: Tickets are £43 and are available via SEETICKETS, DICE and SKIDDLE. 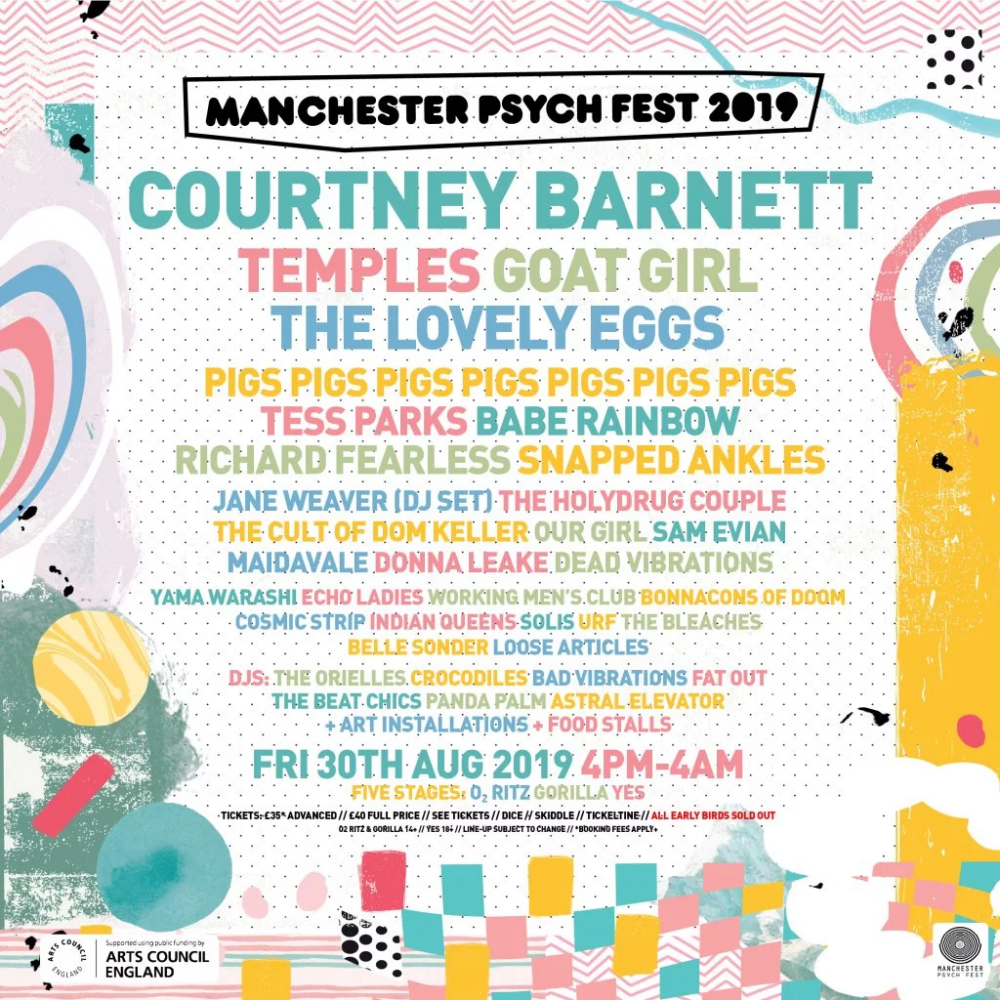 This Feeling Track of the Day: Rats ‘Jack’