Based on recent news events and set in the year 2037, SHADOWS is a contemporary Orwellian style vision of the future. The short sci-fi film depicts a UK government using all digital technology for surveillance and control over the general population, becoming a totalitarian state. We join our lead characters, Lee and Jess on the brink of a revolution. 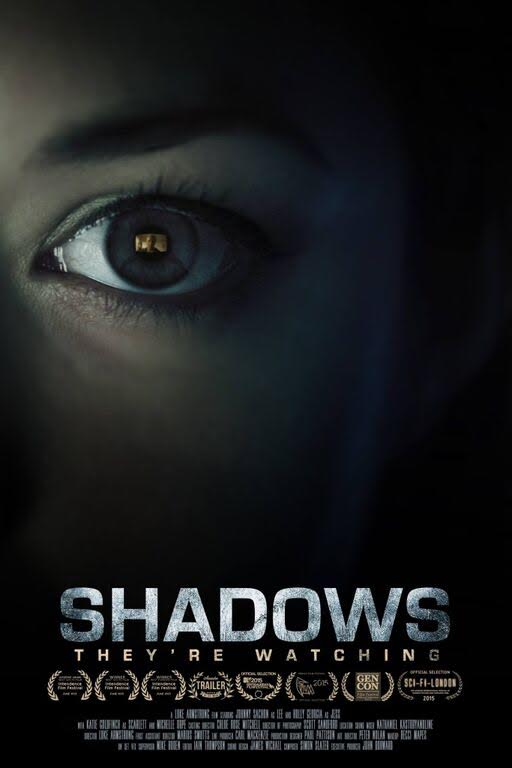 Shadows was inspired by headlines and stories that were in the press this time last year about the Edward Snowden case, WikiLeaks and phone hackings. The film is essentially a dramatic extrapolation of what is already happening into what might happen in the future as the UK moves closer toward a surveillance state

The film starting doing the festival circuit early this summer, premiering at the Sci-Fi London Film Festival where it was well received and subsequently  has won awards and been selected for other events, most recently it was selected by the British Urban Film Festival (Sponsored by Channel 4) and will be screening at the Genesis Cinema on Monday 21st September .

In addition a theme song has been composed for the film by London based, multi-genre producer/DJ/musician Barcodes, musician/producer Hysterism (via Sons of Noise Records) and featuring a stunning vocal from duo  Egøteque

“Who is Matt Deighton?” asks Squeeze’s Chris Difford at the start of Overshadowed before promptly answering his own question. “He’s the musical badger,” he says with a smirk. Badger? Does he mean Badger from The Wind In The Willows, that…

Why do we love casino movies?

Since the start of the cinema, the movies have been full of casino scenes and movies. And no matter how many times a green blackjack table or a poker game appears on screen we never get tired of them, because…