Whether you love them or you hate them, it is impossible to ignore Sleaford Mods. Putting it bluntly, as mainstream music grows more towards teens with the attention span of gnats and spare pocket money, there is nobody out there doing what they do. It’s angry, urgent, political music, which fits the times. Co-directors Paul Sng and Nathan Hannawin have rightly recognised this. Invisible Britain is that most rare of beasts; a left-wing documentary.

The film follows Sleaford Mods on a tour of the UK in the run up to the 2015 General Election, and is peppered with their funny, sinister songs and crowds reacting furiously. In that respect, the film resembles the Beastie Boys’ Awesome; I Fuckin’ Shot That! – the footage is raw, urgent, sweaty and straight out of the moshpit.

However, what lifts an already very good documentary of the band above this, is its subtext. In each gig location, we are shown how social and political issues have impacted the local area: deindustrialisation in Barnsley and Scunthorpe, the tragic outcome of a failed ATOS assessment in Oxford, and the unjust reality of the draconian Joint Enterprise law in Liverpool are just some of issues featured. 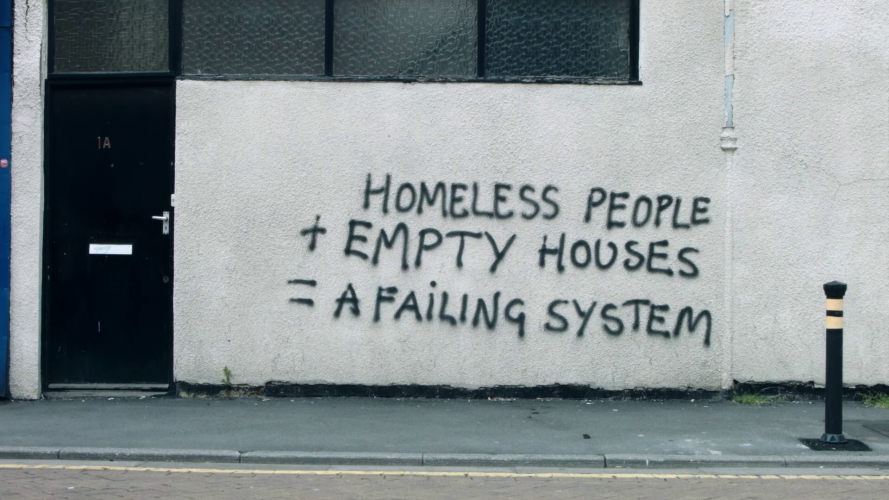 As we are now in the sixth glorious year of the confederacy of ponces, it’s heartening to show that there is a form of resistance to a government that 66% of us didn’t vote for. Jason Williamson and Andrew Fearn seem as aware of this as most of us, creating music that shines bright in dark times. Both come across in the interviews here as angry, yet articulate. As working class culture becomes ever more marginalised, it’s nice to see it both celebrated and respected.

If the documentary has one flaw, it is that it was completed before the election of Jeremy Corbyn – we now have a leader to follow, who champions the cause of the so-called ‘ordinary’. That is a minor, chronological quibble. For documenting an important band and placing them in a socio-political framework, Sng and Hannawin need to be congratulated. You need to see this; we need to see where they, the band, the country goes next.

Sleaford Mods – Invisible Britain is in selected cinemas now. For details of screenings visit invisiblebritain.com
Watch the trailer below

Introducing Interview: Warriors Of The Dystotheque