Fontaines D.C. have announced their third album, Skinty Fia, to be released on 22nd April on Partisan Records. News of the album comes with the release of its first single, “Jackie Down The Line” – replete with a video directed by Hugh Mulhern and starring multidisciplinary artist, MC, dancer, and choreographer, Blackhaine. The band will give “Jackie Down The Line” its live performance debut on The Tonight Show Starring Jimmy Fallon on Wednesday 12th January

Working for a third time with producer Dan Carey, Skinty Fia follows 2020’s brooding and vital UK #2, BRIT and GRAMMY-nominated sophomore album A Hero’s Death. The band first sprang to international attention in 2019 when their exhilarating debut album, Dogrel, became one of the most highly lauded releases of the year and won them a place on the Mercury Music Prize shortlist. With poetry infusing their music and lyrics, coupled with their joyous, intense live shows, Fontaines D.C. have rightfully earned a reputation as one of the most refreshing and exciting young bands in years; a once-in-a-generation youthquake of literate, rhapsodic brilliance. After picking up nominations at the BRITS (“Best International Group”), GRAMMYs (“Best Rock Album”), and the prestigious Ivor Novello Awards (“Best Album”), the band returned from pandemic lockdown to sell out all 10,000 tickets for their October show at London’s Alexandra Palace before wrapping up work on Skinty Fia. 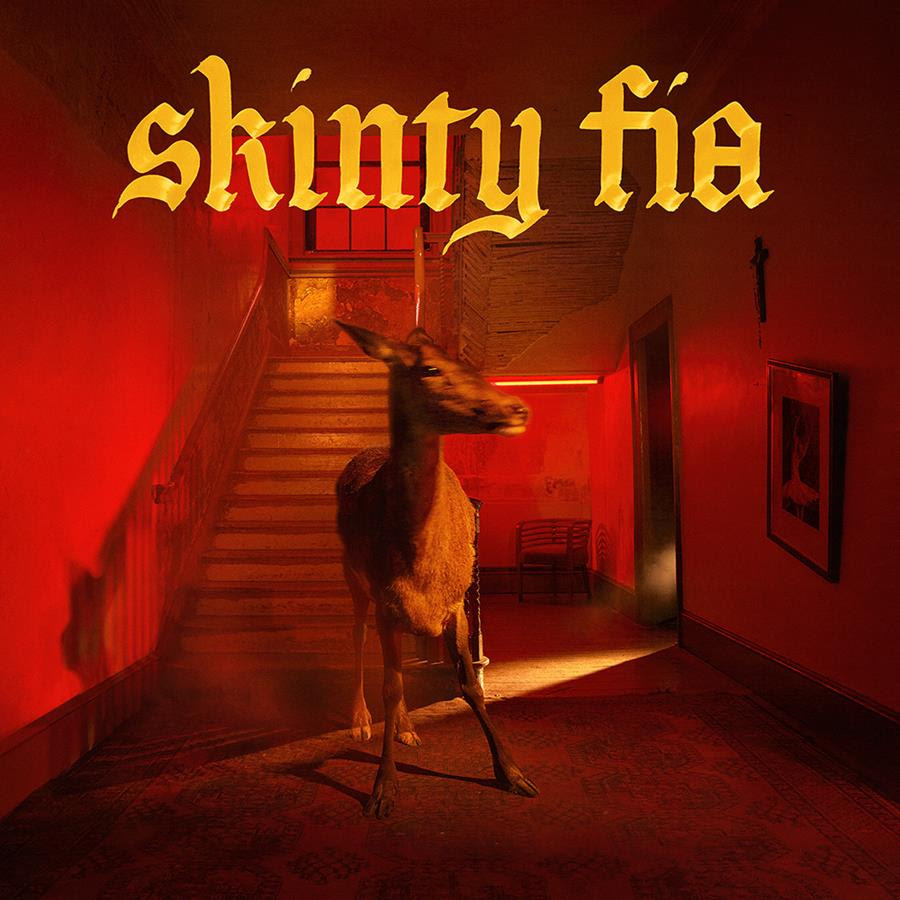 Skinty Fia is an Irish phrase which translates to English as “the damnation of the deer” and the album’s cover art features a deer, plucked from its natural habitat and deposited in the hallway of a home, illuminated by an artificial red glow. The Irish giant deer is an extinct species and the band’s thoughts on Irish identity are central to Skinty Fia. While Dogrel was littered with snapshots of the Dublin characters – like the cabbie in “Boys In The Better Land” – and A Hero’s Death documented the dislocation and disconnection the band felt as they traveled the globe on tour, on Skinty Fia Fontaines D.C. are addressing their Irishness from afar as they recreate new lives for themselves elsewhere. For a band whose hometown courses through their veins – “D.C.” stands for “Dublin City” – the album finds them trying to resolve the need to broaden their horizons with the affection they still feel for the land and people they’ve left behind.

There are echoes of Dogrel’s rumbustious rock ’n’ roll, and the bleaker atmospheres of A Hero’s Death, but Skinty Fia, the third in the triumvirate, is much more expansive and cinematic. Fontaines D.C. are a band in a state of constant evolution and this time the result is an album of shifting moods, startling insight, maturity, and considerable emotional wallop.

#Bigin2022 This Feeling Track of the Day: Drool ‘Playground Wars’

#Bigin2022 This Feeling Track of the Day: second thoughts ‘joyrider’