Back in September 2000, five musicians in El Paso were readying the release of their third studio album. Fresh off a tour with Rage Against the Machine earlier that year and with their reputation as an explosive live act secured, At The Drive-In were still waiting to translate that electrifying live energy into something palpable in the studio.

Having previously released two albums in the form of Acrobatic Tenement and In/Casino/Out to positive if albeit slightly muted responses, there was no doubting the bands song writing and performance ability. Vaya, an EP released just before the forthcoming third album, cemented this belief by once again showcasing the bands talents with an array of hardcore punk sounds. 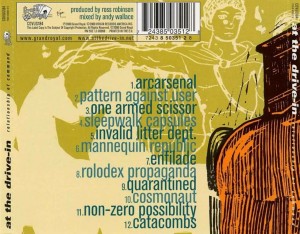 But there was something about these releases that missed the mark. The songs were there but the production wasn’t. Post hardcore has never been the wealthiest genre of music and back at the turn of the millennium the money men wouldn’t even look at a rock band if they didn’t have a DJ spinning samples left right and centre. The phrase capturing lightning in a bottle comes to mind, how on earth do you capture the ferocity and the energy of such a remarkable live act and put it onto disk?

Enter producer Ross Robinson. Having previously worked with Slipknot, Deftones and Sepultura he convinced the band that he was the guy who “could get every ounce of them onto tape”. Thus Relationship of Command was born. An album which has been cited has one of the greatest rock albums ever released and features on a plethora of critics must own lists.

Relationship of Command is the equivalent of a hurricane colliding into a volcano. An unpredictable fiery inferno which takes no prisoners and captivates all who dare approach. Album opener Arcarsenal builds to a crescendo of urgent, stand to attention, guitar riffing by music lothario Omar Rodriguez Lopez whose unique style of playing splatters this record with edge. Accompanied by the vocals of Cedric Bixler Zavala the combination never ceases to astound. 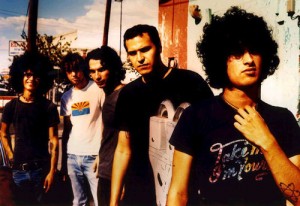 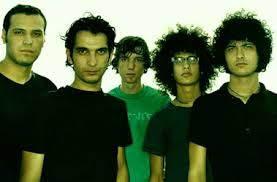 Pop fans won’t find much to appreciate in this album. Although littered with melody, it is by no means an easy listen. Pattern Against User is the albums most accessible moment. Punk sensibilities still very much in the ether, the howls of Zavala are focused more on the lyrics which, as long time fans of his work will expect, are abstract. “Pattern against user- dilated bastard waiting for nothing, circus carny guarding the gates of heaven like stuck in limbo abduction, wormed away through distant earth”.

Of all the tracks on the album, its perhaps One Armed Scissor that epitomises what this record is, a modern punk classic. That stop start riff is as recognisable today as it was 13 years ago and by the time we reach the howls of “Get Away” in the chorus the song has already made its mark. Sleepwalk Capsules is an injection of high tempo bombast whilst Invalid Litter Dept is a mutated beat poem with a chorus thrown in for good measure.

Five songs in and you’d be well within your rights to request a water break, after all this is not an album created by mere mortals. The afro sporting Cedric Bixler-Zavala and Omar Rodriguez Lopez are creative freight trains, even today they throw everything they have into everything they put their names to. Rodriguez Lopez in particular has an insatiable hunger for music, more of which you can read about here.  Together with Jim Ward, Paul Hinojos and Tony Hajjar they were an unstoppable force.

Mannequin Republic resumes proceedings appropriately before highlight Enfilade, which features one of the best introductions to a song you are likely to hear, kicks things up a gear. Iggy Pop made appearances across the recording of this album and has contributions of his scattered across the LP providing guest vocals to second single Rolodex Propaganda. An unconventional choice for a single in the sense it had almost no chance of getting any radio play whatsoever. It’s bizarre structure and abrasive nature was unsurprisingly left out of many a drive time playlist.

Quarantined is a tour de force somehow condensed into just under 4 minutes and Cosmonaut takes no prisoners. Before we even hit play on Non-Zero Possibility and Catacombs the verdict is already in. We have experienced something special, an album of such quality that a new generation of musicians will cite it as a founding influence.

An act previously celebrated solely for their live performances will now be remembered for this album for decades to come. Relationship of Command, mission accomplished.

Features
at the drive in for the record

Likes: Loud noises, Death From Above 1979 and Phillipe Coutinho Dislikes: Early mornings, London Grammar and the taxman
View all posts by Alex Jones →