Facetiming with Getrz to try and get some interview time off them turned out to be harder then I expected with one member sick, and two of them playing the slot machines, so lead singer Josh Heather took the reigns, to begin with.

Josh: It’s pretty mega to be fair because we’re getting a lot of support locally, way more than we’ve had before which is pretty insane. We’re getting way more people coming to us and asking for more hometown shows, stuff like that. Rehearsals and writing are going pretty well. We’ve switched up the set and have tried to make it progress and build up throughout. 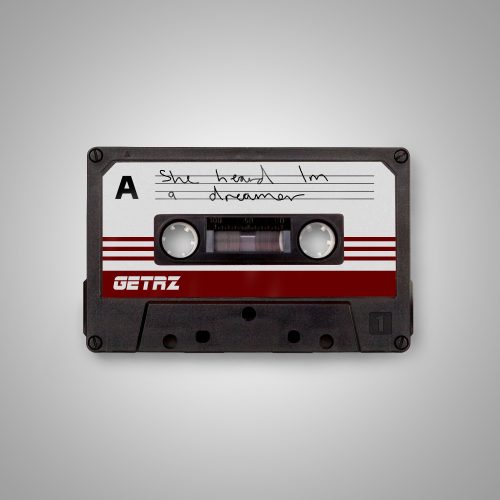 Can you tell me about your last single, ‘She Heard I’m A Dreamer’?

Josh: I wrote it about putting your trust in something, especially like our generation, we’re all dreamers; you put your life on the line, your words, for a cause that you believe in so much. That’s become a massive thing that our generation as to keep putting out.

You guys pushed back your EP release, why was that?

Josh: We just wanted to get everything right; we wanted it to be perfect. Our last EP release was in 2017 so it’s been two years writing. That was sort of a taste and since then we’ve gotten a lot more mature and our writing and music has developed. We pushed it back because it felt like it could give it that little bit extra, make it flow better.

(It was at this point Toby and Dan appeared, having finished playing on the slots).

You’re all going on tour! Is there anywhere you haven’t played before that you’re particularly excited for?

Is there anywhere you’re excited about that you’ve already played, so you can show people what you’re doing now?

Dan: It’ll be two years since we last played in Camden when we play in Camden.

Josh: I’m exciting for Liverpool too. I’m excited to see if we’ve retained fans from when we went on tour with This Feeling in February. 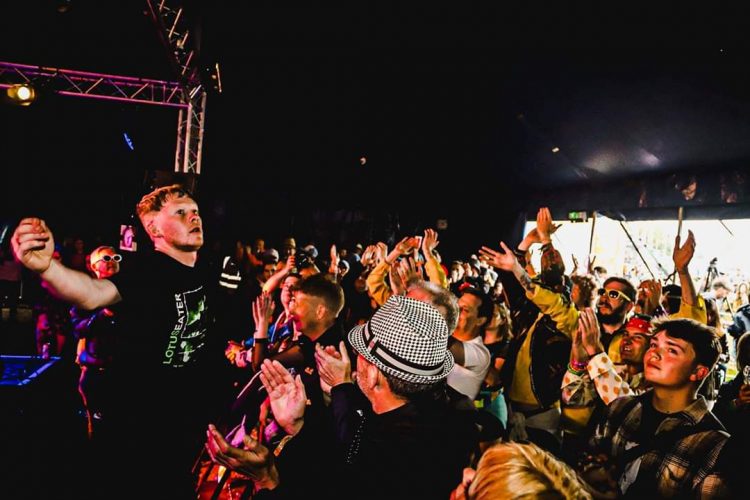 How does it feel to be supported by This Feeling?

Josh: It’s been mad, to be playing places like Isle of Wight Festival and Y Not. It’s mad they’ve given us the opportunity and they believe in us like that.

Toby: Huge big up to This Feeling!

I walked past Nambucca the other day and there was a pretty big photo of Dan in the window, wearing a t-shirt saying ‘Support Your Local Music Venue’, how did that come about?

Dan: I got the t-shirt from The Moon in Cardiff, and Ali took a photo of me wearing it outside Mother’s Ruin in Bristol. And then Mikey (This Feeling), blew it up and put it in the window for the photo exhibition This Feeling did.

Anything else you want to add?

Josh: The EP is a story about what we’ve been doing in the past two years and the times we’re living in now.

And I miss Red Stripe. 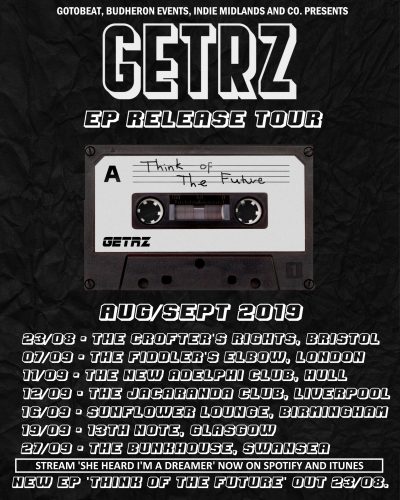 Think Of The Future is out now! –

This Feeling Track of the Day: GETRZ ‘Annie’