I once again challenge my inability to understand regional dialects by chatting to the very Glaswegian Tino from Velveteen Saints. If what he says about the burgeoning Glaswegian music scene is anything to go by we will all be hearing a lot more of the Scottish twang in the near future!

So for people who aren’t familiar with you, can you give us a little introduction to the band?
Basically we’re a four piece band from just outside of Glasgow, a small place called Coatbridge, were a rock n roll band and we formed about a year ago. We’ve done our first few tours last October with Tim Burgess, Peter Hook and The View, and this year we’ve done almost every major festival including T in the Park. At the moment we’re working towards the first release.

You’ve had some great comparisons of your sound and have been likened to some of the classics such as The Ramones. Do you think these are fair comparisons or do you see yourselves differently?
The whole punk thing affected the band in a major way, it was more about the aggression and the things you can do live with punk, people get really turned on, it’s fast and loud. We’re kind of melodic but fast and loud. So bands like the Ramones, the Mary Chain, The Clash, stuff like that, even to be compared to that or to get close to the sound that they had is a massive compliment.

What is the mission of the band, what’s your aim? Are you making music to be massive or just doing your thing and if people like it, good?
I think we’ve learned, you can’t really go for that, if you want to be ‘famous’, you can’t plan it out and say ‘I want to be famous and this is how I’ll do it’. And all the best bands didn’t do that, they started off just worrying about making music that they love, and that is definitely an ethos that we subscribe to. We’ve come this far just doing what we want. People aren’t daft; they know when people are faking it. Even massive bands that have made it, sometimes you can go to gigs and you’ll think ‘that sounds great and all that’ but you can see if they’re doing it for the money or the fame. But if you go and see a really great band, you can see it in their eyes, the guys in the clubs and the bars before they’ve hit the big time and you can see it, it comes across in the music as well, definitely.

How big of a part do you feel Glasgow played you in being in a band and how the band turned out? Do you think you would’ve had the same attitude if you were from somewhere else?
The thing about Glasgow is it’s a great music town. As I said we grew up near this little town, Coatbridge and we’d go to Glasgow at the weekend, we would see bands at the weekend who would be involved in it. It’s funny, you can go to places like Manchester too and you would feel at home there, it feels like you’re in Glasgow, especially down in the Northern Quarter, we’ve done a few gigs down there now, and the comparisons to Glasgow, its just like being in Glasgow. People have got the same attitude, everyone just wants to help each other out. In Glasgow music’s just something you can’t ignore, you walk down, there’s a street called Sauchiehall Street, there’s literally about 10 venues on the same street and there’s live music every night of the week. Being in Glasgow, I don’t know if it’s affected the sound of the band, but definitely the eagerness and the hunger to get out there and get your music out there.

You mentioned you’ve toured with Tim Burgess earlier, I saw you at the Charlatans gig in Delamere Forest too…
Oh yeah, that was a great day…

What was he like to be on the road with?
Tim’s been great. We done our first tour with him last October, we did a few dates with him then and he’s just been a massive support to the band, online, pushing us to different promoters, and we’re very thankful for that. We’re just off the road with him, we did a couple of nights with him a few weeks ago up in Scotland and now we’re talking about putting our first single out in February on his label O Genesis, so honestly, we can’t thank Tim enough for his support and his backing of the band. He’s opened a lot of doors for us. Playing with The Charlatans was great, it was a massive honour to be put on the bill and it turned out to be such a great day. He’s been great for us, I cant speak highly enough of him. 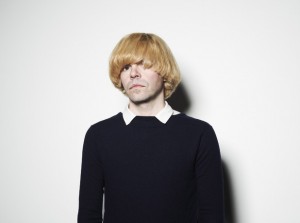 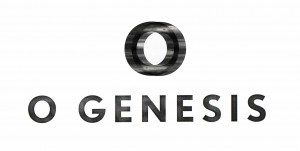 Being a new band yourselves, what other new bands are there about at the minute that excite you?
There’s a kind of scene in Glasgow at the moment, there are a lot of bands coming up at the moment that we keep in touch with like Baby Strange and Blindfolds, but there are a lot of great singer songwriters from Glasgow as well, guys like Daniel Meade and Aaron Fyfe who are coming up as well who maybe aren’t getting the exposure they deserve as well but half of it is your luck. We try our best to promote music that we love, and even when we’re doing our shows we handpick the support acts because we want to make it the best night possible, if we get 3 or 4 quality unsigned acts up there it just makes for a better night. Its a big thing for us, supporting bands and artists who maybe aren’t getting the attention they deserve, but that’ll be a thing we will continue to do. Its all about getting the best music out there that we can. Any opportunity that we have we do try to get these bands out there, we take advantage of that.

Is it quite rewarding to see a band that you’ve promoted get more attention?
There was a band who got in touch with us the other day actually who said “we’d love to do a gig with you” and saying about all that we’re doing for Scottish music, so it has been recognised that we’re pushing other bands. We’ve got no problem going to gigs and supporting other bands because at the end of the day it’s all about having great records, and if you find a band and you love a few of their records then that’s something added to your life and you’ve helped a new band and that’s what its all about.

What would you say is the highlight for the band so far?
Well we’ve done T in the Park this year headlining the T Break stage, which was massive, we HAD to do it. It was kind of a rite of passage, we’ve done a lot of great shows over the summer, the Isle of Wight was incredible, Kendall Calling was amazing, the day with The Charlatans and The View at Delamere, that was personally one of my favourite gigs. It kind of signified to us a step up for us and it was daunting, there were thousands of people there, it was the first time that wed ever done a gig like that and it was an outside gig as well, a big stage, and the fact that a lot of feedback was positive, that was a special day for the band. With the View tour coming up as well, it sort of cemented that prospect at the time. It wasn’t confirmed until a month or two later but the boys seeing us play that day confirmed to them that they wanted us to play on the tour. So yeah, it was definitely big in that sense.

We do a radio show on the last Thursday of every month, would you like to pick a three song mini playlist for us?
After a bit of deliberation
Eels – Prizefighter
The Replacements – Unsatisfied
BRMC – In Like The Rose

Cheers! So what’s next for the band? Anything you’d like to say?
We’re starting the View tour next week and that takes us up to the 21st December then we’re in Manchester doing a big gig with Twisted Wheel on 27th December and then we’ve got the release of the first single on O Genesis

Ok well that was pretty much everything, is there anything else you wanna say?
No, that was great, thanks for getting in touch.