Neil Davidge might not be a household name, but the music he has had a hand in creating has filled many rooms in many households over many years. Since working with Massive Attack on their Mercury Award nominated third album ‘Mezzanine’ (featuring ‘Teardrop’) he has gone on to co-write and produce another two critically and commercially successful albums with them. In between these, his soundtracks have not only accompanied Oscar nominated documentaries (Hurricane Katrina feature ‘Trouble The Water’) and Hollywood blockbusters (providing additional music to Clash Of The Titans); he also composed the music to the biggest selling gaming soundtrack of all time – Halo 4.

We caught up with him before the release of his debut solo album, ‘Slo Light’:

Despite playing a huge role in Massive Attack’s success over the last two decades as a co-writer and producer – as well as numerous other collaborations and soundtracks – Slo Light is your debut solo album. What took you so long?

I’ve been rather busy! Truth is, every project I work on I treat as a personal thing, so Mezzanine felt like a debut album. This album feels like a fourth or fifth album; it’s just the band name and the collaborators that have changed.

Is there more pressure on this project than there has been for the others?

Not really… the same but different. On other projects I would often have someone else as co-pilot – with Massive it was Dee [Robert Del Naja, founding member]. Depending on what side of the bed we’d get out of – so to speak – that could be a good or frustrating thing. On this album the buck stopped with me but I had good people working with me still; Andrew Morgan [composer and long-time collaborator] was there for the duration. Again, we had good days and bad ones. I find with pretty much every project I’ve worked on at some point or other I feel the pressure and spazz out – it’s seems to be a necessary thing I do. I have to hit rock bottom before I can rid myself of the chains and do something good. 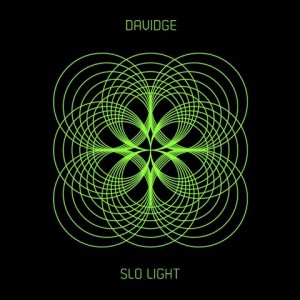 Are you alternative dance’s Johnny Marr? (Who took almost three decades to release an album under his own moniker.)

Did he? I must check that out. I really don’t get as much time to check out music as I should. You spend 14hrs a day 7 days a week making it and those rare moments I find myself with nothing much to do the last thing I want to do is listen to music. Also, would you really describe what I do as “dance”? It’s weird that people consider me to be some kind of groove wizard… In all honesty the beats are often the bit I find most frustrating and the bit I go off first. I want to make an album next with no beats.

The album is a hugely atmospheric number, layering bass-heavy beats beneath delicate keys and airy vocals, building as the tracks play to incorporate orchestral elements that those who have followed your career will not be disappointed with. What do you feel is the main difference between these songs and those made with Massive Attack?

I think this album is often more emotionally direct than much of the work I’ve done with Massive Attack. I’ve always followed my gut instinct and tend not to get caught up in “the concept”; for me the concept evolves from simply making music. With Massive it often starts the other way around. The clash of mine and Dee’s approach often produced something cool but that can be hard fought for, meaning an album will take a number of years to make before we have both a conceptual album without sacrificing its heart. With this album I wanted to save myself that grief and so allowed the process to dictate what the album would sound like.

Sandie Shaw features on Riot Pictures from the new album, how did this collaboration come about?

My management company, frustrated with sending me ideas for singers which I consistently shot down, eventually asked me to put together a wish list. So I compiled a list of singers to give them an idea of the kind of voice I’m inspired by. Half the list weren’t even alive anymore but my aim was to illustrate the depth of personality and character that turned me on. Sandie was near the top of the list. Unknown to me her management company – at the same time I was putting the list together – reached out to see if I’d be interested in working with her. Our e-mails hit on the same day. From there, I sent her the song with me singing – she loved it and we spoke a couple of times about how to approach it. I think I mentioned something about Scott Walker and she got it straight away. She’s great. Such an honour to work with her.

Cate Le Bon and Patrick Duff also appear. With Patrick, it’s almost as if there’s a distant family association there, with various connections from past ventures. Is that a fair comment?

Yeah, I knew the guys from Strange Love – his old band. In fact, that’s when I first bumped into Angelo [Massive Attack’s guitarist]. I don’t think I met Patrick however; it was long after, through another musician friend. After that we kept bumping into each going for a pint of milk or something.

What comes first, the song or the voice?

I guess I’m always looking for authenticity in all creative collaborations and in myself too. In most cases I’d have a track sketch before, then I’d likely play a bunch of ideas to someone and we’d work out together through trial and error where their voice would sit best. After putting down a rough vocal I’d spend quite a lot of time working the music to their voice and maybe bring them in again to do a final pass if it felt necessary. I do like to push people towards something just beyond their comfort zone though, it doesn’t always work but often you discover something fresh.

You’ve worked with some huge names before ‘Slo Light’ too – Snoop Dogg, Damon Albarn and Tracey Thorn to name a few. Is there a wish list for future projects?

Nothing specific, I want to be surprised.

There has always been a film-like feel to the music you’ve produced with Massive Attack, was the process of creating actual soundtracks a lot different? Is one easier than the other?

They’re both challenging. Some days I think I’m shit and want to go live in a house in the middle of Wales with no phone and no internet, other days I’m unstoppable. I don’t really think it makes any difference if it’s an album or score or installation. At times I suck and when I do I have to work through the pain barrier till I’m doing something good again.

I often relate the scoring process to an album where you already have a bunch of songs and the deal is to come up with an arrangement that says what the singer was feeling at the time rather than what the lyric is about. So, foremost it’s a change in attitude and perspective.

Are there any soundtracks by charting acts you’re a fan of: Tron: Legacy? Submarine? Saturday Night Fever?

The Tron soundtrack is cool, Magical Mystery Tour..? I suppose Can [German experimental rock band, formed in 1968] don’t come under the heading of “chart” acts… Does ‘The Social Network’ [by Trent Reznor & Atticus Ross] count?

Do you feel that working on so many soundtracks has had an effect on the making of Slo Light?

Yeah, I’m sure in many ways. After writing 7 hours of instrumental music for Halo 4 I wanted to make an album of only songs.

As a gaming fan, there must have been a huge sense of self achievement for that? Can you play the game or is hearing your own work in the background too distracting?

Yeah, I’ve tried to play the game but every time a track comes on I get killed. It’s the same when I sit down to watch a film and a Massive Attack track comes on – nine times out of ten it’s Angel – I get taken out of the movie completely. It’s a shame in a way; Halo had been one of those things I could play that would get me out of the music and give my head a rest. Maybe one day I’ll finish it.

Despite the critical and commercial success that you’ve had – with and without Massive Attack – it’s a genre of music (is “trip-hop” too much of a cliché?) that isn’t ever at the forefront of the music press, or charts. Are there any releases that you’re looking forward to this year?

Yes, Dee joked about getting Tee shirts made saying “I Invented Trip-Hop”.

I’m not really sure, I was going to say Cate Le Bon’s new album but it seems it was released in November… That shows how little I know about what’s happening at the moment. I spend all my time making music, I hardly have enough time to listen to new albums let alone know when they’re going to drop. I know Perfume Genius are working on a new one with Adrian Utley, only cause they dropped into the studio a couple of weeks ago and told me so. I’m sure that will be cool.

Absolutely. Yes, owning an album on vinyl or even CD means more to me than “owning” an MP3. iTunes is ok, it’s handy – you don’t need a flight case to carry your collection around – but I don’t feel as though I own a single iTunes album, I just lease them. That, and artwork… I remember buying albums just for the cover.

Can we expect any live dates to tie in with the album?

Right now we’re considering a bunch of promo shows – one off events dotted around the UK, Europe and the US.

If they go well then I’m sure we’ll expand on that for a few festivals.

Any plans for more music with Massive Attack in the future?

Not set plans but Dee and I have talked about doing some writing together, potentially for another Massive album, but I’m keen to not go jumping into another 3 year album project and would much prefer to keep it small and have some fun. I have a couple of other movies coming up and with an album to promote and no band to hide behind I think I’m going to have my hands full for a while.

Thanks again and the best of luck with the album. I am genuinely a big fan, with Riot Pictures, Gallant Foxes, Home From Home, Anyone Laughing and Hummingbird currently receiving the repeat repeat repeat treatment.

That’s awesome mate, really appreciate that. I never assume that people will like what I do so I’m always chuffed when they do! Take it easy dude, love from Bristol.