YEAH BOYEEEE! It’s that time, time for the Gigslutz top 20 joints of the year time. 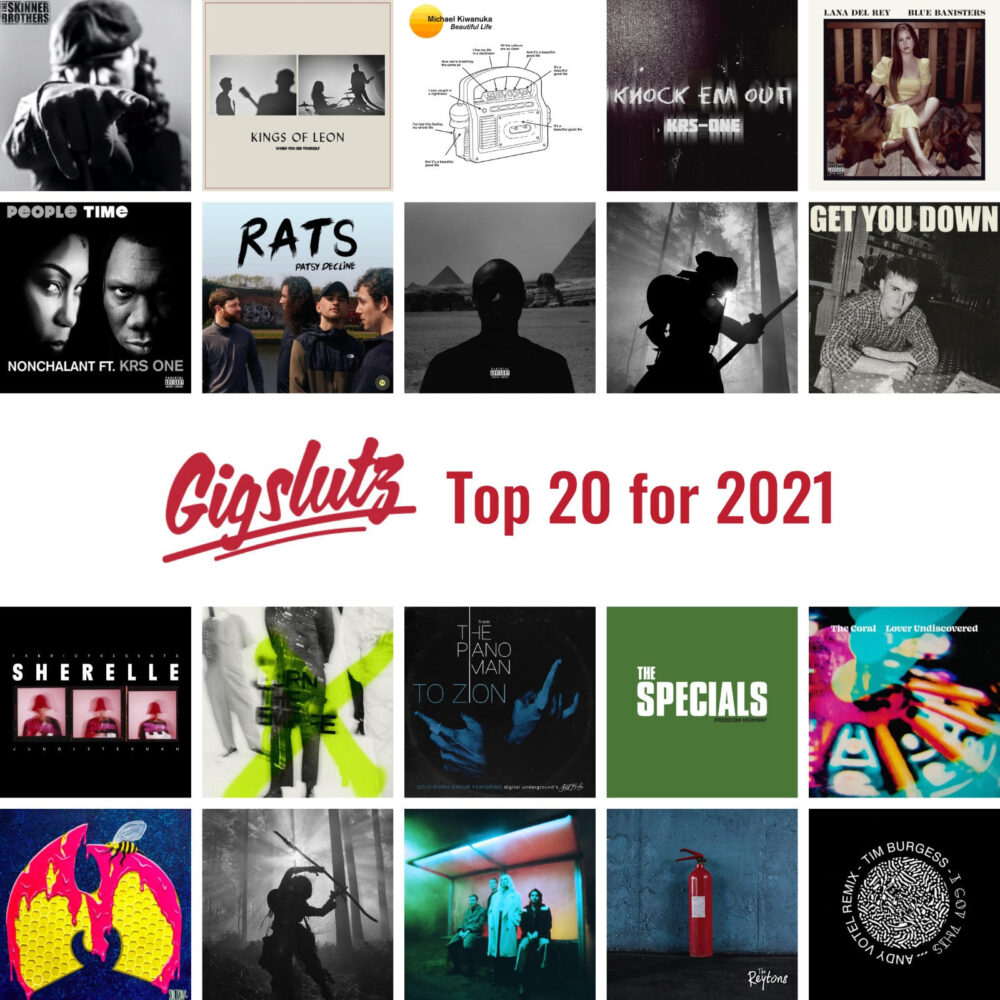 The usual mulled mix of emerging artists that have given us hope for the future – The Reytons, The Skinner Brothers, RATS and The Snuts – what a clarion call from them by the way, probably encapsulating the mood of most of the nation right now along with fresh efforts from some reliable warriors who keep on keepin’ on. None more so than Unkle who made it in twice due to their incredible comeback album this year, and the teacha, KRS ONE. A couple of random tracks made it in such as the Solo Piano Group (follow them, they’re currently on 260 followers) featuring Digital Underground’s legendary Shock G – the one who put the satin on your panties – his words not mine. Cancel me anyway if you like you melts, could do with less on me plate to be honest.Send it around, share it, play it at Christmas family get-togethers to show you know the score, share it some more, and be generally happier because of it.

Peace out, be kind, do a nice thing for a stranger.

PS; want Gigslutz to DJ at your party? Hit us up.

This Feeling Track of the Day: The Interests ‘Attention’

The Role of Music in Relationships