Some of the best gigs taking place this week, handpicked just for you.

As you venture outside, there’s no doubt that you will now be surrounded by topless men with the unsightly combination of beer-belly’s and dodgy sun-tans, along with tango-d women in the shortest shorts you’ve ever seen and flip-flops. This can only mean one thing: its summer in Britain. The sun is finally making its grand appearance from behind the masses of thick curtains of dark cloud. The good news is it seems that some of the best musicians around are also following suit; so go, it’s time to ditch the beer gardens for a night or two. Besides, we’re forecast a scorcher over the next few months so you won’t be missing out on any sunshine (fingers crossed) 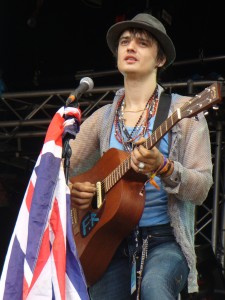 I don’t think there’s anyone around who hasn’t heard that likely lads Doherty, Barât, Hassall and Powell have recently reunited The Libertines. But before the boys in the band kick off, Peter Doherty has announced a series of solo shows (surprisingly out of London) and this week is at tiny venue that holds a very limited 300 sure to be adoring fans. Doherty hit headlines at the Underground back in 2004, where a spontaneous Libertines show ended in a full-scale riot before piling outside for a sing-a-long with the entire crowd performing on the top of a minibus, where the police then arrived and bought the street party to a halt. So with this in mind, it’s pretty much a guarantee that you don’t want to miss this show.

Throw on your trilby or fedora and head down to the Underground, Stoke-on-Trent, on Wednesday 25th June. 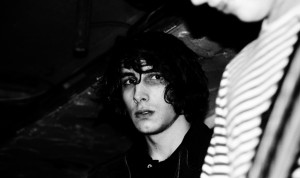 The “garage murder punks” with a menacing stage presence. Loom’s sound employs templates the early scuzzy grunge of Nirvana mixed with a hint of the Stooges. Loom are tense, aggressive and passionate all bottled up and let loose on stage; their live performances lack anything but energy, every show to date has seen frontman Tarik Badwan (brother of The Horror’s Faris) catapulting himself around tiny rooms in testosterone filled frenzies as onlookers are both captivated and bewildered. Without a shadow of doubt, Loom are one of the most exciting bands around at the minute. Get to this gig before they hit big time on their upward trajectory leaving you missing the atmosphere of the smaller venues.

Head down to the Macbeth in London for Loom’s single launch “”YOSOKO” and brave the aggressive pits or cower in a corner with the cool kids and a beer, Thursday 26th June.

Robbie Williams is swinging both ways again this week as his tour continues. The former member of Take That has been selling out arenas all around the country as he embarks with his audience on a swing themed whistle-stop tour of his numerous highly successful albums. One thing is for sure; Robbie is regarded as one of the strongest and wittiest entertainers in many minds. With chart topping songs like ‘Angels’, ‘Rock DJ’, ‘She’s the One’ and ‘Candy’ it’s pretty hard to disagree.

Let Robbie entertain you this week in Glasgow, Manchester and Newcastle this week.

Try to imagine what sluggish swaggering psych sounds like and you might end up with something like The Wytches. This trio cleverly craft doom-laden surf rock with eerie growls and screams of the singer Kristian Bell to make something really special and catching to the ear. It’s guaranteed that their melodic melancholic riffs will have even your hair frantically shaking, along with all your bones from head to toe shuffling and shivering with excitement to the beat. Keep your eyes firmly fixed on The Wytches. You’ll regret it if you don’t.

Head along to Birmingham, London and Oxford to let the Wytches put their spell on you this week. 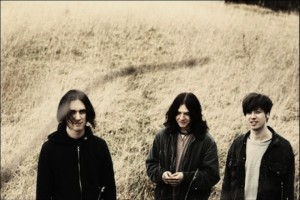 Freelance journalist, live music enthusiast and hunting for music that cannot be removed from repeat. I find musical solace in anything from The Libertines to The Cramps to Eminem and back again.

Freelance journalist, live music enthusiast and hunting for music that cannot be removed from repeat. I find musical solace in anything from The Libertines to The Cramps to Eminem and back again.
View all posts by Gemma Brookes →