Wales’ largest music festival, Green Man, has today announcd the first details of this year’s festival, returning once again in the epic surroundings of the Black Mountains deep in the heart of the Brecon Beacons for its 17th year.

Tickets are on general sale now, with early bird tickets having sold out in record time. On this year’s bill, headliner Four Tet will take to the Green Man stage for a third time with a UK festival exclusive live set of carefully curated dance tracks. Ten years on from his last appearance at Green Man, Four Tet has released five acclaimed albums, collaborated with Burial, and remixed an array of other artist’s work including Floating Points – one of last year’s highlights.

“It’s great to be doing the Saturday night Mountain Stage slot at Green Man 2019!” says Four Tet. “I first played Green Man in 2004 and have always had good times there.”

Another making a reappearance is Father John Misty who last graced the Green Man stage in 2015. The American singer-songwriter, who is best known for his critically acclaimed albums like I Love You, Honeybear and Pure Comedy, will inevitably wow crowds in what’s set to be an unforgettable headline performance.

Following the release of her wonderfully atmospheric album Remind Me Tomorrow, Green Man  announce the return of Sharon Van Etten and her powerful storytelling for the first time since 2014. Also joining us are the iconic Stereolab, who will play highlights from their ten critically acclaimed albums at this year’s Green Man following a ten year hiatus. For the first time in their 20 year career, Green Man will also welcome Canadian indie-rock collective Broken Social Scene.

Also appearing in 2019, Amadou & Mariam, the five-times-Grammy nominated duo from Mali, will head to Green Man following their residency at the Barbican in July. Maribou State, whose latest album, Kingdoms in Colour, was perhaps their most dazzling and hypnotic work to date, will appear for the first time at Green Man, and alongside them, Texan band Khruangbin, which literally translates as “engine fly”, will bring their Zane Lowe and Cerys Matthews-approved bassy, experimental sound to the Black Mountains for their Green Man debut. 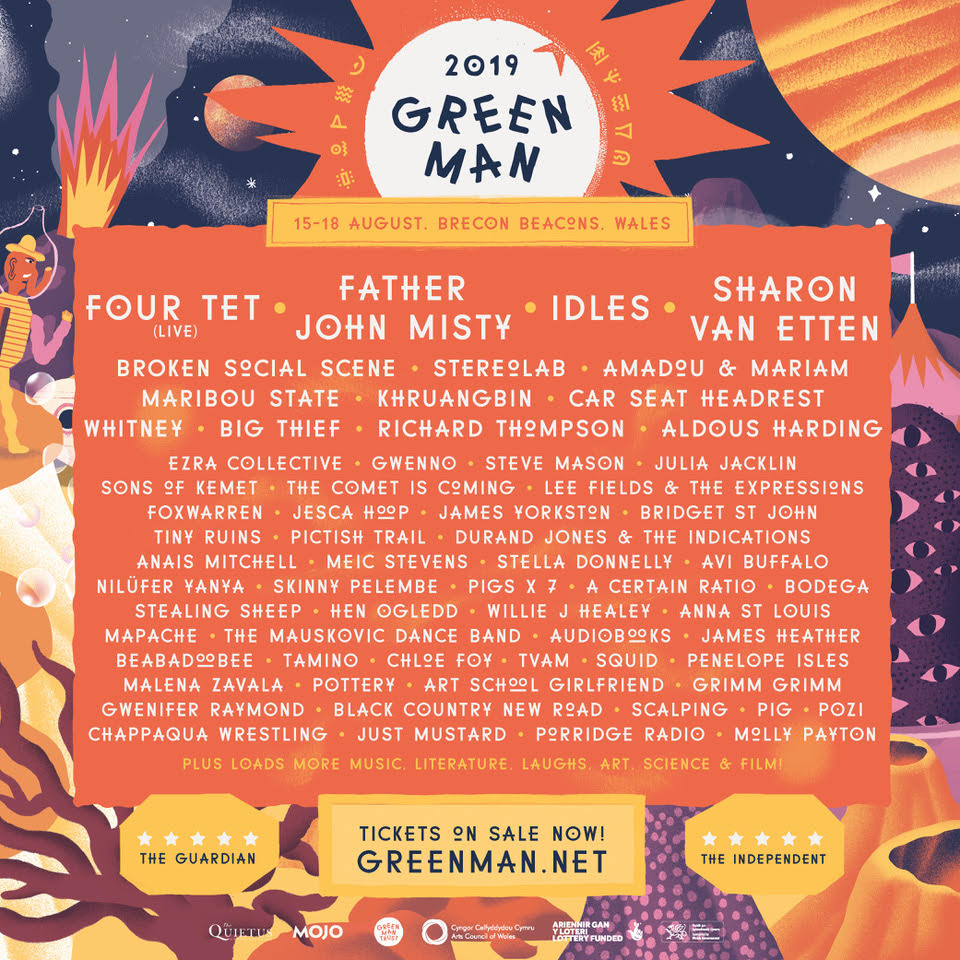