An expected crowd of 30,000 music revellers will descend on Newcastle’s Exhibition Park this late May Bank Holiday weekend in what will be the North East’s largest outdoor music event – the first ever to be hosted on the historical municipal ground. 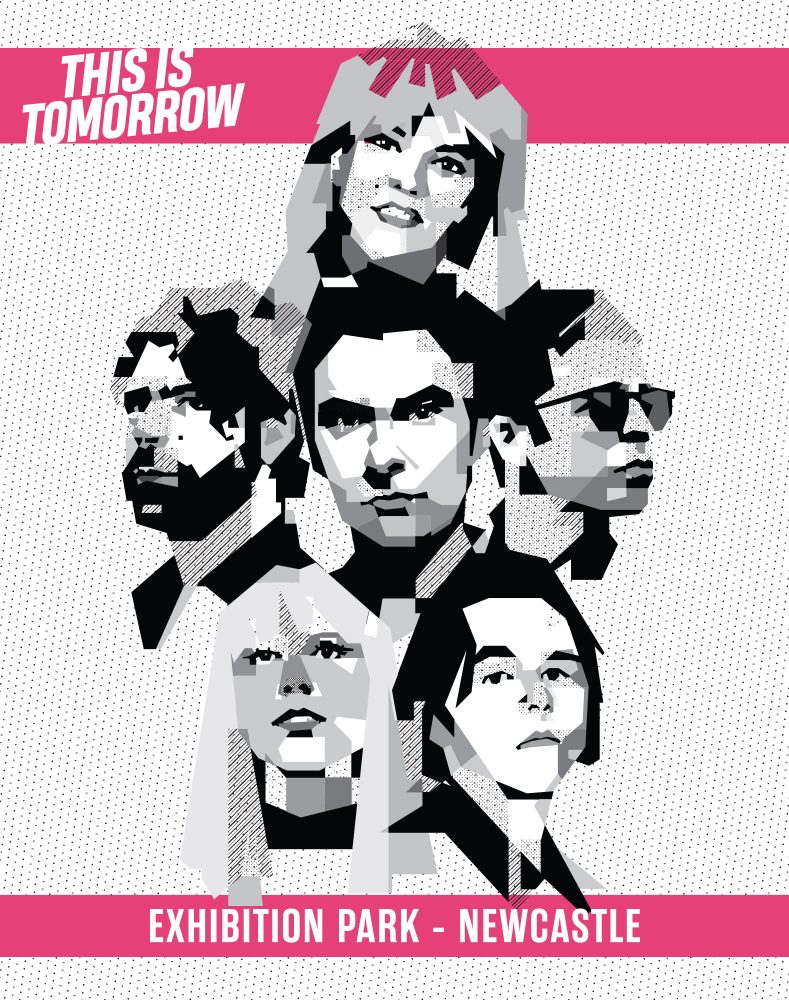 This is Tomorrow festival will feature rock legends such as Noel Gallagher, Stereophonics and cutting-edge newbies such Scotland’s chart-topper Lewis Capaldi and its organisers have today confirmed that it will officially name one of its stages The Richard Hamilton Stage in honour of the man, and the artist, who first inspired its inception.

And, in a further bid to embrace its strong emphasis on binding experimental art with boundary-pushing live music, the UK’s brightest alternative artist, Carl Cashman, has been specially commissioned to produce live art while people enjoy arguably the most diverse and ambitious live music line-up Tyneside has ever seen.

Speaking about the inspiration behind This is Tomorrow and today’s announcements, Festival Organiser, Steve Davis, said: “The story behind the meaning and name of the event opens up the fascinating story of the father of pop art, Richard Hamilton, and some of our city’s proud musical heritage.

“Richard Hamilton was an English Painter and collage artist from London who ended up teaching at Newcastle University. He was responsible for designing the artwork on The Beatles famous White Album, helping to name and influence Newcastle’s Roxy Music and most of all widely recognised as the godfather of an artist movement that would go on to inspire millions, including a little known 20th-century icon called Andy Warhol.

“We want the world of music and art to explode at this festival in May, and the legacy of Richard Hamilton will provide a fitting backdrop to what we know is going to be special three days of live audiovisual entertainment.”

Richard Hamilton’s talent began to gain recognition at the infamous ‘This is Tomorrow’ exhibition at London’s Whitechapel Art Gallery 1956, where his image “Just what is it that makes today’s homes so different, so appealing?” was displayed, a piece of art that is widely regarded as the worlds first ever piece of pop art.

Hamilton’s influence can be found in the visual styling and approach of Roxy Music and he described its frontman, Washington’s most famous musical son, Bryan Ferry as “his greatest creation”.

Ferry repaid the compliment, naming Hamilton in 2010 as the living person he most admired, saying “he greatly influenced my ways of seeing art and the world”.

To celebrate the art and life of Richard Hamilton its organisers have pledged a strong pop art theme will be ever-present in the event’s artwork and throughout the site when the festival kicks off in earnest on Friday 24th May.

There will also be live art installations taking place across the weekend with Steve Davis also confirming today that Carl Cashman will be producing Hamilton inspired art while people enjoy the live entertainment.

He adds: “Carl Cashman is an amazing contemporary artist based in Devon, who creates stunning, vibrant geometric-based optical art. Some of Carl’s work is painted using UV reactive paint, which adds a further visual element to the pieces when seen in the right environment and is very much in line with our atmosphere of experimentation and the avant-garde.

“After the festival, we plan to display the art throughout the Ouseburn Valley, and other prominent spots throughout the city. We want, in our way, to create a new legacy of art and music in the region and we’re very close to making our dream for this event a reality.”

For more information about This is Tomorrow Festival in Newcastle and to buy tickets visit www.thisistomorrow.co.uk

This Feeling Track of the Day: Walt Disco ‘Strange to Know Nothing’