When Buzzcocks’ Pete Shelley sang ‘I always used to dream of the past, but, like they say yesterday never comes’ from 1978’s ‘Nostalgia’, nights like these that spring to mind.  A prevalent argument is that if the past is not consigned to the past and floats rootlessly then what does it say about the present and indeed the future?  Additionally, the term ‘record collection rock’ has been bandied around freely over the years and it is a concept in full evidence here.  The aural equivalent of pose, poise and show, but, where’s the edge, the desire to break free from existing conventions and tropes? 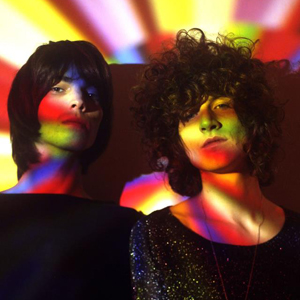 The venue’s packed and then Temples emerge.  Yes, it’s really them, straight from THE Summer of Love.  But, which one?  They’ve got the look and they’ve got the hooks, and it’s all very of NOW, however, are they NOW? Or are they of?  To clarify, it’s a great sound, albeit an understood, accepted and absorbed one, and surely that should raise questions?  See, there’s one.

And here’s another.  What does the Prince of Pastiche, Noel ‘Of Oasis’ Gallagher think of them? Unsurprisingly he has heavily endorsed their retro appeal.  Is it because it’s a composite of a certain strand of 1960s music all thrown into the mix and let’s see what gets spewed out?  Discuss.

The standout ‘Shelter Song’ is evocative of such standards as The Beatles’ ‘Ticket to Ride’ and The Turtles’ ‘Outside Chance’ with others blending Dr and the Medics’ ‘Spirit in the Sky’ with a spin on Lilys’ ‘Nanny in Manhattan’.  Despite possessing the air of a freakbeat Jive Bunny it still sounds good if a little perfunctory.  For a band so in thrall to a socio-cultural period of radical thinking, mind-expansion and progress it all comes across as a bit safe.

For a more refreshing take on this sound I would recommend Psyence and The Lucid Dream.

And so to the main event; are Interpol yesterday’s men, today?  Twelve years on from their debut album it is disconcerting to witness Interpol spearheading/heading an NME showcase tour.  What happened to the ‘New’ in ‘New Musical Express’?  It’s like a TARDIS that’s malfunctioning, dipping in and out and there and where … oh, yeah, there (again).  NME, so much to answer for.  It’s hard to ignore the feeling that these are two ailing entities attempting to revive and restart, propping each other up. 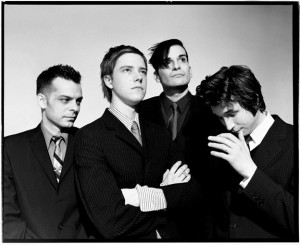 Emanating from the same time/scene as Radio 4, The Rapture and the hugely overrated and overinflated (The) Strokes, Interpol are the band that should have, could have and should have again. Steadily good, they are a reminder of how music can be all-encompassing, surrounding and personal.  They know a sound and they know how to make it work.

Their influences are there on their sleeves and to the ears, yet it is still yet to happen for them in escaping the reference points (e.g. The Chameleons, Joy Division).  The nagging doubt is that they are going through the motions.  The absence of the mercurial Carlos Dengler is still felt (he left in 2010) although they retain the gang mentality, the ‘men in black’ aesthetic and evince John Peel’s remark about The Fall, ‘Always different, always the same’.

Opening with ‘Say Hello to the Angels’ (natch) it’s hard not to hear a triptych of The Smiths’ ‘This Charming Man – London – Heaven Knows I’m Miserable Now’ within its body.  The set includes two new songs (‘All the rage back home’, ‘My Desire’) which fit in seamlessly; reassuring, but hardly a change of direction.   A pretty lifeless audience only gives credence to the belief that London gigs are devoid of energy, a chin-strokers’ convention; coming to life in Pavlovian fashion only when the ‘hits’ are aired.  Tellingly, songs from the ‘Turn On the Bright Lights’ and ‘Antics’ receive the most acclaim, the always impressive ‘Evil’, the relentless ‘PDA’ and a searing ‘(The) Heinrich Maneuver’.  Only ‘Lights’ from 2012’s ‘Interpol’ album is played.

It would have been nice to have heard a few surprises, the set almost identical to every night of the tour so far. Are they happy to accept that they are a fixture and part of the whole nostalgia circuit?  If so, they are selling themselves short.   Interpol need to move forwards.  It’s now or never.