Former frontman of The Zutons, talented songwriter, Liverpudlian and all round great guy, Dave McCabe has finally placed himself firmly back on our radars with the announcement of his debut solo album; Dave McCabe & The Ramifications ‘Church Of Miami’. Taking influences from the likes of Depeche Mode, Kraftwerk and Human League, the elctro-pop tinged sound can be found on his brilliant new single ‘Too Damn Good’. Looking at humanity’s constant reliance and interplay with technology, McCabe wanted to create something that was “something completely different” than what he’s ever done in the past. The result is a none too serious, organic electronic pop noise that hits all the right spots. We managed to catch up with Dave to natter about his musical change of direction, the daunting concept of technology and Noel Gallagher…

Hey Dave! So the album, ‘Church Of Miami’, is finally, due out this September. It seems like we’ve been waiting a while. How long has the process to write and record this this taken?

The album has been in the works for about 2 and a half years. Its basically just been me writing songs in the house and then taking them to a studio, to two other people and then letting them do what they want with them really, and just letting it go, being free with it really and not being precious. 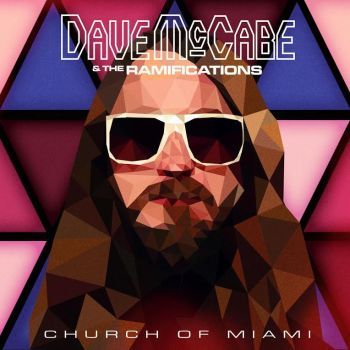 Were you going to the studio with a particular idea or are you just working collaboratively?

(Dave gets distracted at an approaching police car, but assures me that its okay, they’re not coming for him, he’s got nothing on him!)

It was me writing songs on a guitar and then taking them to the studio. I don’t know really I just wanted to make them sound different. I didn’t want to make another guitar album; I didn’t want to do the same thing again.

I’ve been listening to the new single Too Damn Good, which is great by the way, but it’s got a lot more of an electro feel to it. Was this a conscious decision to step away from the guitar laden stuff you’ve previously done?

Yeah, I always liked that sound growing up in the 80’s with my brother and The Zutons, not all of them, but a few of them, just didn’t like that type of music at all. It became apparent from the last album that it was just never going to be possible for us to move our sound on. I felt like if ever I was going to do any album again it would be something that sounded completely different. So I wanted to get an organic electronic feel with this record, if that makes sense? I didn’t want it to be totally digital, I still wanted it to be warm and have character. If it hadn’t have been like that I wouldn’t have done another album at all to be honest, I would still just be doing whatever I was doing before.

What was it that you were doing before?

Ha! So you said that you listened to a lot of the more dance type stuff in the 80’s, so what sort of influences affected this album? Is there anyone you’ve been re listening to?

The Human League, Depeche Mode stuff like that, and mainly more Kraftwerk – I never really stopped listening to that. It’s funny, that music has got a load of fun in it, and that is what I wanted to get back to; having fun with music. I’m not saying I wanted to make a ‘funny album’ but even ‘Too Damn Good’ has got a humour about it, I think its about finding what is good within yourself. Its hard when you’re in yourself to bring yourself out of yourself, with the people I’ve done the album with they kept telling me that, we just want more of you on the record, whatever that is. So we took a lot of time. I had done a lot of fucking about basically, we’d tried everything on everything. Whatever popped into my head I would just say it. Somedays you would go for one thing and you would end up with three different versions of one song. It was right at the end it started to come together fairly quick. There was no conscious thing really about it. I wanted to mix electronic and organic together, that was the only concept behind it.

The record from start to finish has a story behind it though. Through each of the ten tracks there’s a tale being told. What was that all about?

Yeah, its about a fella who falls in love with a robot in the none too distant future. But, by the end of the album he’s pissed off with himself because he realises that he actually needs human contact himself. I suppose I wanted to originally look at technology being scary, but at the same time it’s really not, so I guess it works both ways. 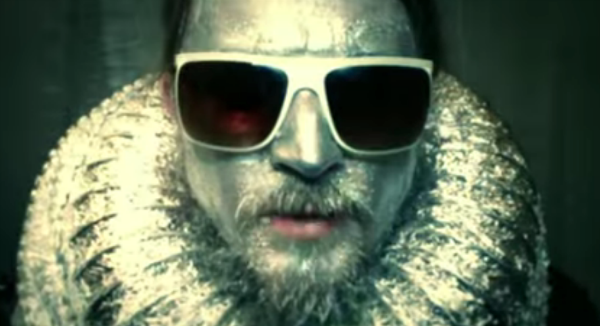 Where did that idea come from to address technology as a concept for you across the whole album? Was it just what you were seeing/thinking about at the time?

Well when I was 16 nobody has mobile phones, and now you’re lost without them.

I think most of the best stuff on the album is from a period when I just stepped back and stopped thinking about it too much, and just had fun with it. It started to become a bit narrative when I was overthinking the story, and a bit boring. Nobody wants to know how many times he went into the house, they just want something that sounds fucking good, and makes you feel good. It’s that whole idea of just getting away from reality isn’t it. Life can be quite boring can’t it, so you’ve got to make it quite exciting for yourself. I think the further away you go from everyday life in what you’re doing musically is your break from it, for me personally that’s how I break away from it.

Yeah I did have a lot of fun y’know. I mean I’m 34, I’m not going to fucking lie about my age, I feel like its time to do something a little different for myself. Don’t just play it safe, I don’t think that works whenever you play it safe really, and that most of the time works for them. I think Noel Gallagher, is an exception for that though. If he tried to do something completely different I don’t think people would like it, because he knows his strengths. I still feel like I don’t really know my strengths yet, you can’t all be like Noel Gallagher or fucking Motorhead with this one sound that just definitely works for you.

Have you got a favourite track on the album?

Yeah I am really proud of this album, I think its just as good as The Zutons first album if I’m honest, if not better. I think it’s the best thing I’ve made, but them I’m going to think that aren’t I? I’m at the stage where I just want to play it. I wake up in the morning and I just want to go and play the songs. I want to get robes and put masks on and just get out on the stage and play it.

Are you planning on touring with the album after its release?

Yeah, at the moment its just about gathering speed. We had ‘Time and Place’ out on the internet and then we’re going to release ‘Too Damn Good’ maybe as a double A side, and then continue on from there.

We need to talk about the video for Too Damn Good, its brilliant!

Ha, thanks! I don’t know what to think of it to be honest, I mean I like it, I don’t not like it, but its one of them things. The concept with the video is if you can’t make a muppet of yourself and it be funny or it makes you feel sick or whatever then you haven’t got a rough character. It wasn’t just an excuse to get muppets I promise, although I do now have a muppet of myself! I might bring him out on stage with me, you never know.

I know you have said that it was nice to create something that was completely different from the work you have previously done with The Zutons, but do you ever reckon you will play or record again together?

Yeah I think we will, probably in about 5 years or something, I don’t fucking know. I want to, its just whether or not they want to really. But I want to do something else before hand, and if this goes well then I don’t know really. I can’t promise anything. We have never actually split up, announced it or anything, we just stopped doing it.

Look out for the new album Dave McCabe & The Ramifications-Church Of Miami on 4th September via 1965 Records. Dave will be headlining the Jack Rocks This Feeling stage at Isle Of Wight festival on Saturday 13th June