As other compilations might have the repeated treadmill of artists and exhausted ideas, Eddie Piller, the head honcho behind the continuingly explorative Acid Jazz record label that found the likes of The Brand New Heavies, Corduroy and many many more dapper dressed dandy cats, is now venturing out on a quest of his own to compile an exciting and exhaustive Mod collection treasure trove featuring the likes of rarely heard selections from the well known (The Small Faces, The Action and Spencer Davis Group) along with the lesser known treats (The Poets, Episode Six, Quiet Melon and The Quik).

Fashionably packaged by Demon Music Group the release comes in the form of a 6/2 vinyl black or coloured edition, a 4 CD box set, all editions are lavishly designed with endless information of all the artist featured including rare pictures and original artwork. Here we have a interview with Eddie who explains the reasons for the release aswell as explaining the continuing appeal of Mod. 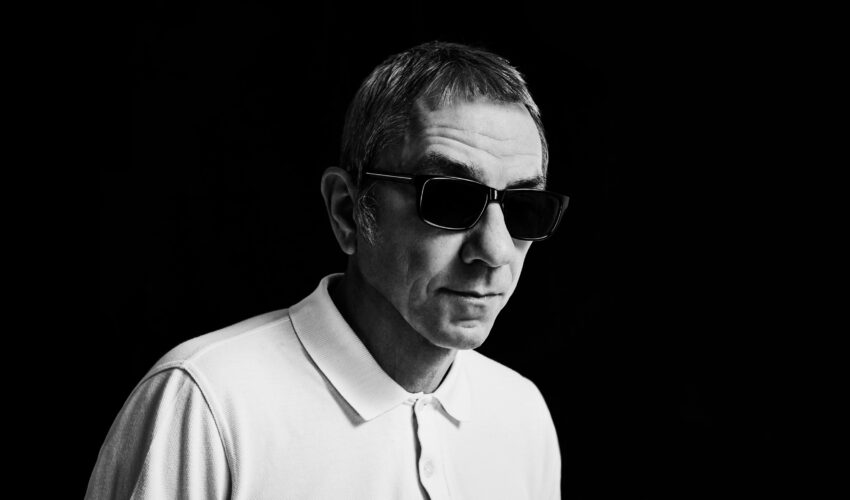 Hi Eddie, yet again we are facing another high calibre Mod collection from yours truly. What inspired you to collate this one?

The box set is really a companion piece to the Mod Revival box set I compiled a year or so ago. That proved to be so successful that Demon approached me for other ideas and an original Mod box set just made sense. I wanted to run the whole length of the British Mod scene in the 60’s from the obvious to the super rare. I think we’ve managed the balance pretty well. The other reason was that the people at Demon told me I could include all 100 tracks on a 6 vinyl LP box – which is pretty unique!!

There’s something very special about the whole mod scene that is continually inspiring old and young dandy cats all over the globe to discover and feast over its phenomena. What’s the continual appeal for you?

I’m not sure really, it just became some kind of a default setting. You can look cool and sharp as a mod, whatever your age – the same thing isn’t necessarily true about Punks, Psychobillies or New Romantics. It’s just one of life’s classic looks. At our Modcast parties we have a mix of people from 17 to their 70’s. Two years ago we hosted a couple who were celebrating their 55th wedding anniversary – they’d met at the Scene club! The remarkable thing is that whatever their age, our punters seem to share the same influences and styles!

Was it Paul Weller that directly inspired you to delve deeper into the whole Mod scene when he formed The Jam?

To a degree yes it was but to be fair there were lots of Mod influenced bands around in ’77. The Buzzcocks were the first i saw live – four angular besuited Mancs in Mondrian block pattered shirts just screamed mod, Generation were another. Blondie’s drummer Clem Burke is a lifelong Mod whose kit was decorated with arrows and targets – but then I saw the Jam live and I was hooked. The Mod Revival was a fabulous time to be growing up and as soon as I could I explored the basic ideas of the scene and even got my first scooter when I was 15.

To many people, Mod music might just be seen as The Small Faces, The Who and The Action. Whilst these bands are fabulous, there is a whole field of music that fans interested in the Mod movement aren’t aware of. Did anyone influence you to delve deeper in the vaults of Mod or was this a natural progression as you purchased and discovered new music?

The first Mods in London were spotted at The Flamingo in Soho in 1958 (my Dad was a scooter riding Modernist at the time) and they lived for Modern Jazz (it was where the name came from) and the scene went through a number of interesting developments from then on, each different from the last. By 1960 and ’61 mods had moved on to the Chicago Blues sound which soon led to the concept of black American R&B – Mods were always moving forward at the time – this led to the growth of British based R&B from the likes of Alexis Korner, John Mayall and Cyril Davis who in turn led to The Rolling Stones. At the same time the British West Indian community had bought ska and bluebeat with them as well as the ‘rude boy’ look.

Georgie Fame was the of the first British Mods to pick up on this sound and he somehow managed to blend all of the British Mod influences into his band. Jazz, Blues, R&B and Ska. Ans then of course came US soul! Mod in the 60’s was simply a mélange of all these music’s combined with a love of fashion and scooters.

And of course this was before we had The Who, The Kinks, Small Faces and The Action who were mod kids making their own British based sound!

There’s a number of tracks that feature on the set that I have heard before, including; The High Numbers, John Mayall and the Blues Breakers, PP Arnold, The Yardbirds, The Clique, Dave Anthony’s Moods and a few more. These are all very much part of the staple diet of mod music and probably some of the most easily accessible tracks, would you agree?

As I said, I wanted the box set to reflect all aspects of British Mod music in the sixties but these days we have come to embrace elements of Hip Hop and even House. They are all music that we lived through so why shouldn’t Mods like them?

Of the rest of the tracks that feature on the compilation do you have any particular favourites and are there any rarities that people who purchase the release need to keep an ear out for?

I love The Organiser by The Organisers, I love The Action but my particular favourite is The Hipster by the ‘Little G’ – otherwise known as the jazz musician Harold McNair. Genius.

Have you seen any of the bands or met any of the artists that feature on the set?

My god, too many to mention. Lemmy, Rod, Reg King, Georgie Fame, Graham Gouldman and I grew up with The Small Faces as my Mum ran their fan club in the sixties!

Do you have any future plans to release any other compilations?

Yes but the only one I can talk about is the next ‘Down The Rabbit Hole – British Freakbeat, Psych and Whimsy from the 1960’s’

I no longer have a record player! My life has been so dominated by music that I only listen to it when I host my radio show – every Thursday afternoon at 4. It’s called The Eclectic Soul Show and you can hear it on Totally Wired Radio!!! 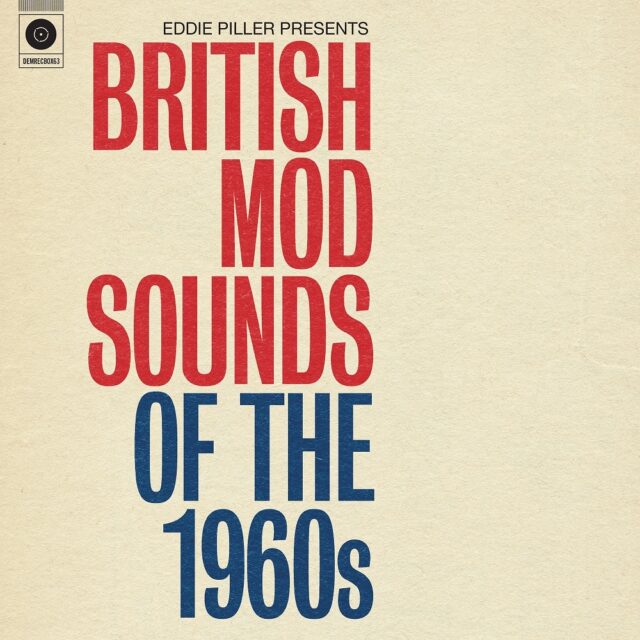 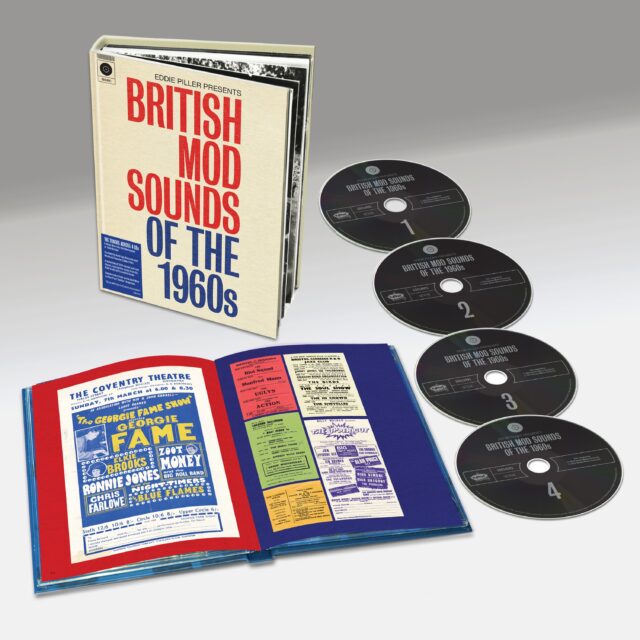 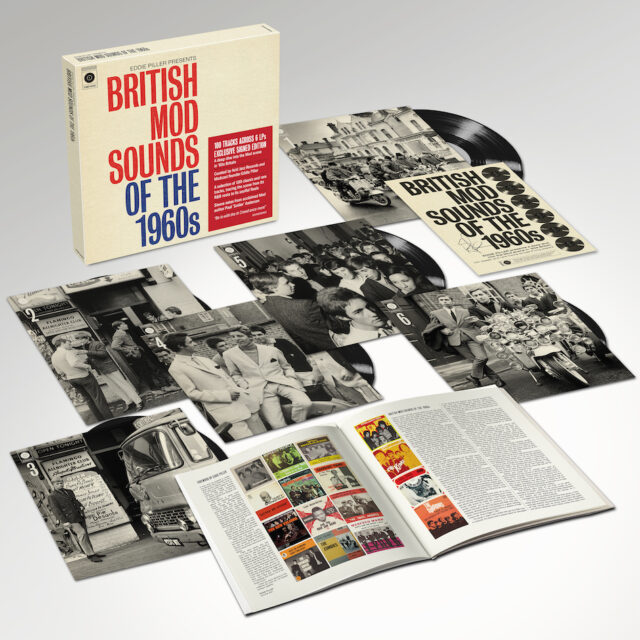 ALBUM REVIEW: Jaws The Shark – Another Day In Paradise

This Feeling Track of the Day: Headshrinkers ‘Doorway Conversation’