Named after a rare anxiety disorder, Fear of Men grew out of an ambient short film project by Jessica Weiss that caught the eye of fellow art student Daniel Falvey. The band released their debut album, Loom, in April 2014. We caught up with singer Jessica Weiss for a quick chat about art and the artists who have influenced the band.

Hello Jessica. Where are you and what have you been up to this week?

I’m in Norway this week. I’ve been in Bergen at Kode museum, checking out the Munch exhibition. He’s one of my favourite artists.

The cover to your debut album, Loom, features a statue of a body at rest in a glass case. Tell us more…

It’s based on the figures trapped in ash at Pompeii. We made it ourselves with my friend and artist, Tom Malyon, and it took 3 months to make. To us it represents disconnection, loneliness, mortality, beauty and melancholy – a good metaphor for the themes of the record.

Who have been the biggest influence on your music?

Working with Dan [Falvey, guitar] and Mike [Miles, drums and keys] and the way we’ve become closer and pushed ourselves as musicians together is by far my biggest influence. We have a strong sense of identity as a band, and though we share a love of artists like Broadcast, Neutral Milk Hotel and Deerhunter, it’s the other members of the band I think of now when I write.

What was the first album you bought?

Probably a Beatles CD… I can’t really remember to be honest but I love them still. 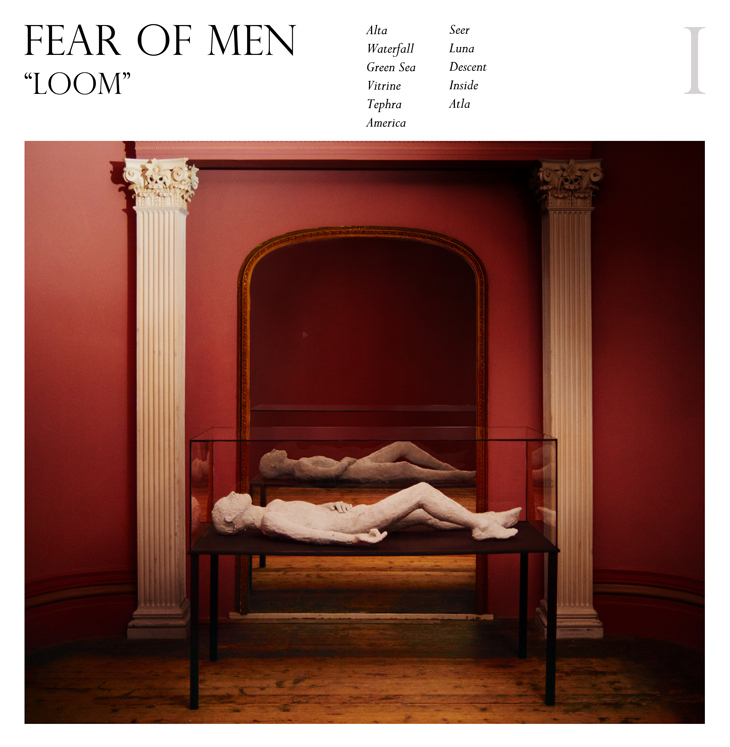 Who or what have you been listening to recently?

You’re playing a number of shows around the UK in September and October – what are the best and worst things about touring and which single non-music item could you not do without on tour?

We love touring and have been doing it pretty non-stop since April when our record came out. The best things are seeing so many new places and the people you meet. The only bad thing is waiting in airports. Books, notebooks and novels are essential on tour. Travelling there can be a lot of time to kill so it’s nice to keep productive.

Finally, what’s next for Fear of Men?

Our headline tours in the UK, Europe and the US, and making our second record.

THIS FEELING TRACK OF THE DAY: Medicine Men ‘Show What You’re Made Of’