As the 2017 festive period reaches its first peak and the world is waking up with an abundance of vinyl, record players and maybe even tickets to see their favourite artist live, Gigslutz thought it was time to present our readers with our own musical-themed gift… An interview with Frank Carter of Frank Carter & The Rattlesnakes.

Carter and his band have just finished a phenomenal UK tour in partnership with Sailor Jerry, which seen a secret Manchester DJ set, the daredevil himself jumping from a balcony and a make-shift tattoo studio at every show.  See our interview with Frank Carter below, and do not say we did not get you anything for Christmas this year! 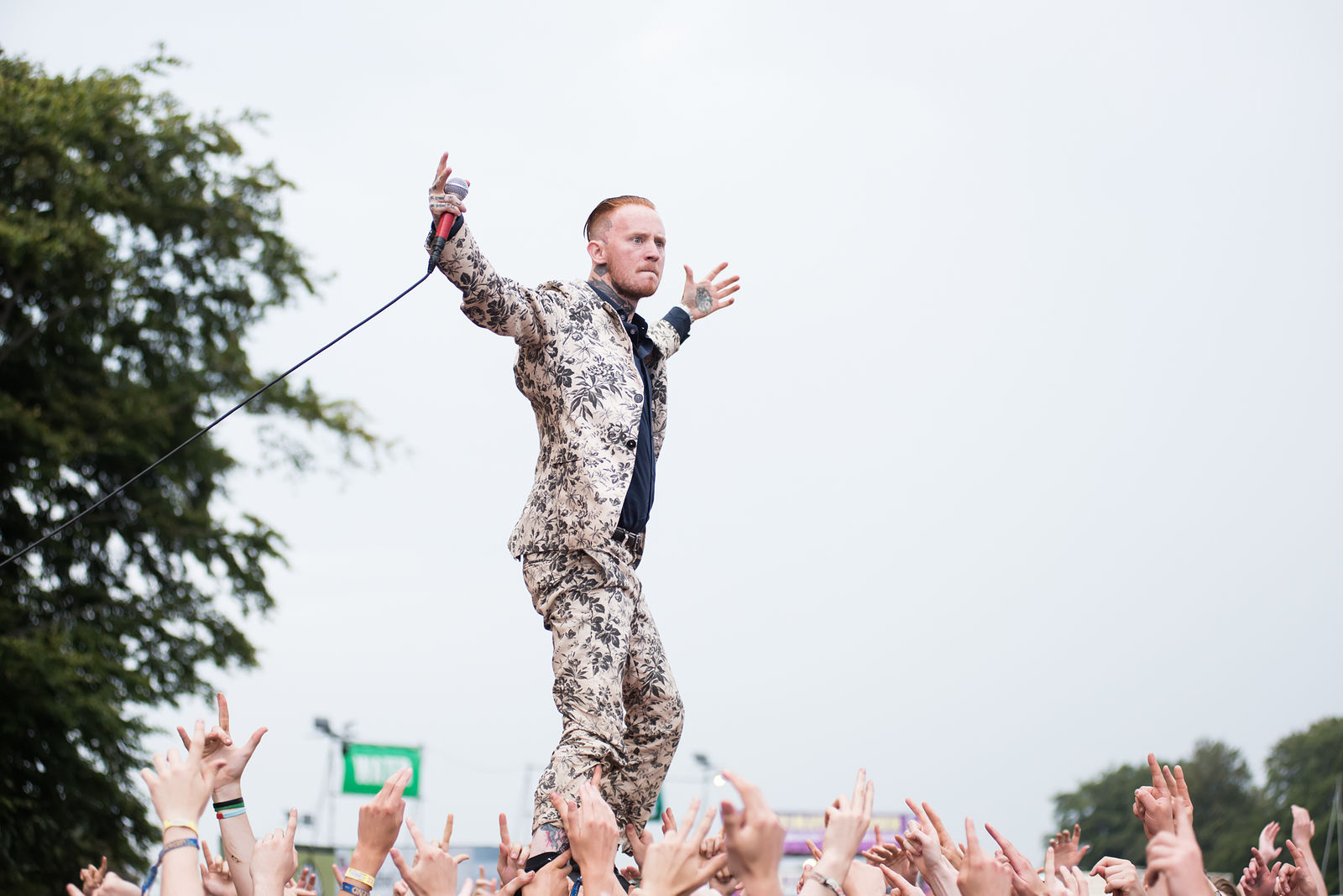 Gigslutz: How has the Sailor Jerry partnership enhanced your live shows?

Frank Carter: it’s enhanced is in every way, obviously being an independent rock and roll band means money can be tight, the Sailor Jerry partnership allowed us to step our production up to a level that people would really appreciated. Including bringing in a second PA for some of the shows that had a high balcony so they could have the best sound to match our performance.

For those who don’t know, Frank, you are a celebrated tattooist as well as front man to the Rattlenakes.  If a punter hasn’t been lucky enough to get the chance to be tattooed by you this tour; when will be their next chance?

They can email me at any time and get added to the waiting list to grab a tattoo when I’m next working in London or in a city near them!

How have people taken to the idea of Frank specifically tattooing them with a specially designed Sailor Jerry tattoo?  Have we had any unhappy customers?

People have loved it, I mean I’m lucky to have very open minded customers, but they also know i have a waiting list so everyone was really appreciative to just have an opportunity to get tattooed by me. I was glad to have the opportunity to tattoo them.

What drew you to partner up with Sailor Jerry on this December tour? Why is the brand itself so important to you?

Sailor Jerry has been an influence on my tattooing from the minute I first started drawing tattoos. He is the gold standard for proper traditional tattooing.

For those who are not following you on your Instagram; you announced that you’re giving away a White Telecaster with your own drawings on, courtsey of Sailor Jerry.  How can fans get their mitts on this prize?

Head to the SJ Facebook page and follow the details there to be entered into the competition. The guitar was played every night on the UK tour and it never looked the same between gigs so it’s a very special instrument.

What are your three crowd-fuelling tracks which are essential to your artillery when doing your DJ set?

What has been a defining highlight that will make this quick run of the UK memorable?

Jumping off the balcony at Birmingham. 😳

That and just seeing how far we have come as a band. It feels like people are really behind us and that is an amazing feeling.

And finally guys, 2017 has definitely been the year of the Rattlesnake.  A top ten record; a series of sold-out tours and festival performances which have been branded everywhere as simply “epic”.  How is the band planning on matching 2018 with 2017?

We aren’t going to match it, we are going to beat it every way possible.  2018 is the year of the rattlesnake…