Although sadly T in The Park has wrapped itself up for another year, it’s impossible to escape the fondly growing nostalgia as roughly 85,0000 people look back and re-live one of the best weekends for live music in Scotland.  One band however who never experienced the waves of excitement that radiate throughout T in The Park until this year, are brothers Alfie and Harry – better known as the fabulous duo Hudson Taylor.  Ahead of their slot on the prestigious BBC Introducing Stage, I had a chat to them about their Glastonbury set, their festival essentials and most importantly alcohol.

So Hudson Taylor today is the big day, it’s T in the Park! Are you nervous at all?

Alfie: Well I’m pretty nervous it’s a big festival. It’s our first time at T in the Park; we’re T in The Park virgins.  It’s a big deal and the line-up is huge, I didn’t actually realise how big it was until I got here. There’s so many names in the small print! 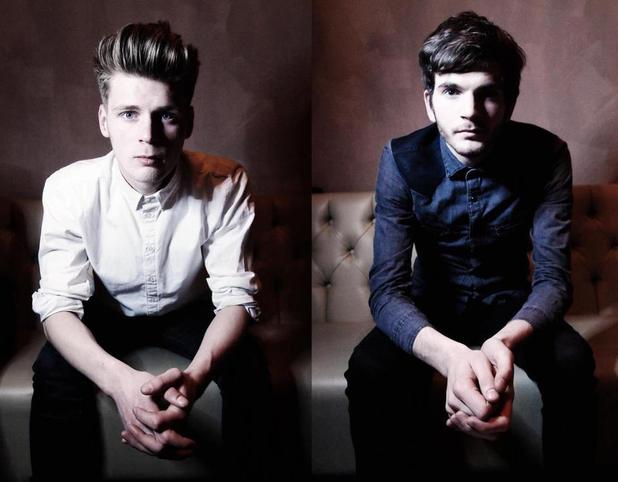 Do you guys have any pre-show rituals?

Alfie: well, interviews it seems! We haven’t got many today though.  We always have a beer, we’re not Nazi’s about that! Look around the festival, get a feel for it and try and meet people really.

Are you planning on catching anybody else over the weekend?

Alfie: I don’t know whether we’ll have any time you see.  We only just got here, flown into this little place [the media area] well… not flown in. We had to get a shuttle bus which left us not near here at all but that’s not the normal.  We’re just planning to walk around the festival and just get to know the crowd.

Speaking of the crowd, they say the Scottish crowd at T In The Park are the craziest – are you expecting a wild set?

Alfie: We’ve only got half an hour so we’ll try and make it the best set we can do in the shortest period of time.  Every time we’ve played in Scotland it’s always been rocking!  They’re definitely up there for us with the Irish crowds for one of the top crowds to play to; they’ve got some energy about them – 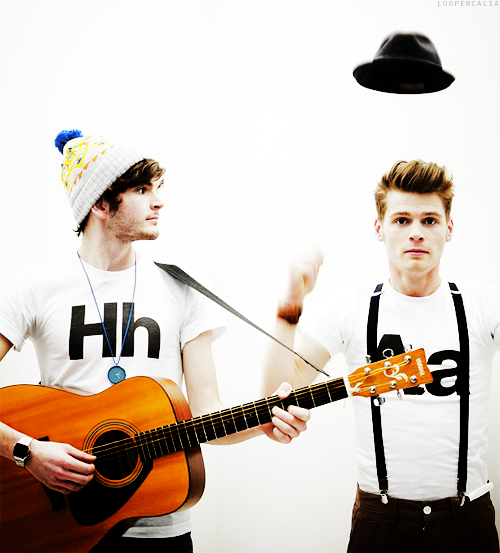 Since you supported Jake Bugg on his tour in February 2013 how much has changed for you both?

Alfie: So much has changed since the Jake Bugg tour.  It was our first ever tour and we did it as a three-piece; myself, Harry and our friend Tye and we’ve sort of expanded since then.  We’ve got a load of new songs, we’re much closer to our album, experienced a lot more!

Festival-wise this year, what has been the highlight?

Alfie: We were playing on The Avlon stage at Glastonbury, so it wasn’t streamed live, but we had quite an interesting experience. The whole power cut down and we were on stage at the time so we jumped down into the crowd and played a couple of our songs acoustically which was great!

Festival essentials: what is the must have item?

Alfie: I don’t know, I mean we’ve gotten very used to just rocking in and out now so I like packing light.  We rarely get to stay so I just figure “why risk losing anything?”

In the official T in The Park guide for the 2014 festival, apparently this year is the chance to “catch you before you get massive”. How do you feel about that?

Final question before I let you head off: If you could curate your own festival who would be your three main-stage headliners (other than yourselves obviously)?

Harry: Paul Simon, all the reunited dead or alive members of the Beatles…

Alfie: Dead or alive? Jesus, we really like our oldies! Oh, definitely the Everly Brothers.  What a line up!

Thank you so much for chatting to me Hudson Taylor, I hope you have a brilliant set tonight on the BBC Introducing Stage!

Alfie: Thanks so much for speaking to us!

Harry: Have a great rest of your weekend.

EP REVIEW: Dumb ‘Chew Me Up, Spit Me Out’