Day 2 of Bingley Music Live, and after some technical issues involving a Dictaphone and some steep, concrete steps – Gigslutz sat down for a quick chat with John McCullagh and one of his Escorts to talk poetry, Dylan and cheese…

Gigslutz: So first off, are you looking forward to be playing Bingley Music Live today?

John McCullagh: Yeah, very! First gig with the band, I played here last year on the small stage, on my own so it’s good to be back. 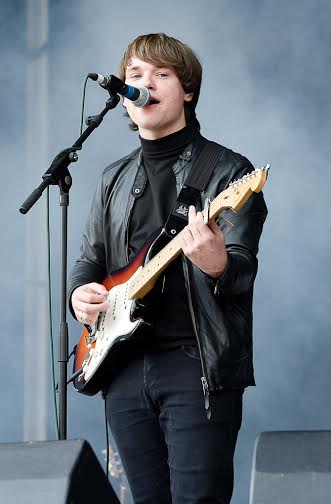 GigSlutz: We hear you’ll be supporting Cast soon, any headline dates after that?

John McCullagh: Yes, we have some dates sorted for around November, just waiting for that to be release. We are playing in Doncaster tonight, we’re not on until 9:30 so shouldn’t have too much of a rush.

Gigslutz: Is that a small venue for you?

JM: No, not really it’s called The Social Club in Donny, played there before so it should be great tonight.

Gigslutz: Would you say that personally, you’re influences have changed since being with the band?

JM: Sort of, not massively though. I’m still very much in to musicians such as Bob Dylan.

Gigslutz: As we are all wondering, how many times have you seen Bob Dylan?

Gigslutz: Wow! Where’s the furthest you’ve travelled to see him?

JM: Well, when I lived in Australia my Dad and I travelled round most of the country to see him, so you could say thousands of miles. My Dad’s seen him 45 times… we’re not stalkers though I promise!

Gigslutz: Any albums on the horizon yet?

JM: Yeah, we have half of it done at the minute and it’s going to be called “The New Born Cry”. Just going in to the studio in October to finish it all off. 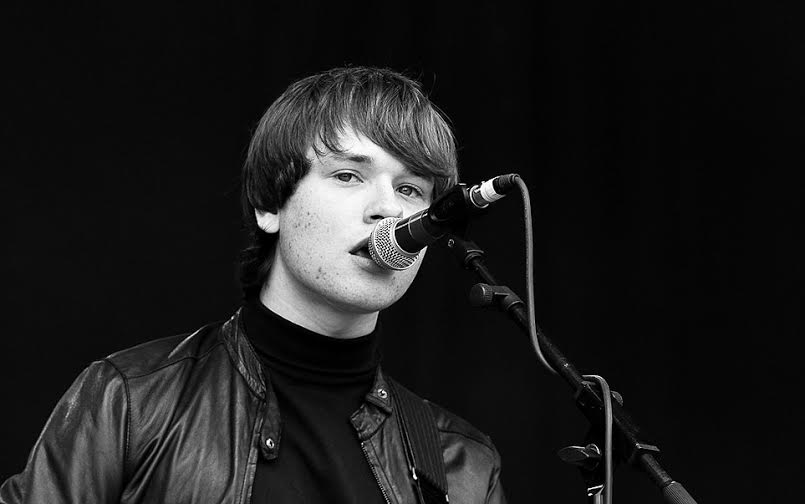 Gigslutz: Have you all written this together as a band?

JM: I’ve written most of the songs but Matt (lead guitar) and I share a few guitar parts, it’s all good.

Gigslutz: Right, time for the Gigslutz quick fire round: 3 “must haves” at a festival?

NM: And this lovely spread!

Pointing to the vast array of cheese and crackers which looked less like a Green room, and more like the Deli counter at Morrison’s.

Gigslutz: What is your supergroup line up?

JM: Nick on drums, obviously! Not kidding, he’s like the best drummer I’ve ever seen…

JM: So Nick on Drums, Richie Blackmore on guitar, Ozzy Osborne on vocals and Geezer Butler on bass.

Gigslutz: I doubt they’ll l be an answer to this one, but what is the most embarrassing artist on your iPod?

JM: Ah, you know what, I’m really into Weezer! One of my favourite bands hands down. Who else have I got now… there’s some right shit, what about you Nick?

NM: Well, I was just thinking I can’t pick a bad one on my playlist, but I think Matt our guitar player…

JM: has defo got some Coldplay!

Gigslutz: He’ll be happy to know they have a new album coming out soon then! What is your pet peeve?

NM: Not playing Bingley? Looking over his shoulder at Lee O’Hanlon one of the event organisers as he said this. Yeah, every day I’m not playing here.

JM: What do I hate the most… hate waking up really early, said every teenager ever.

NM: I don’t know about you, but I’d say John Power.

JM: Other than the obvious Dylan, I’d love to write with Leonard Cohen or Neil Young. 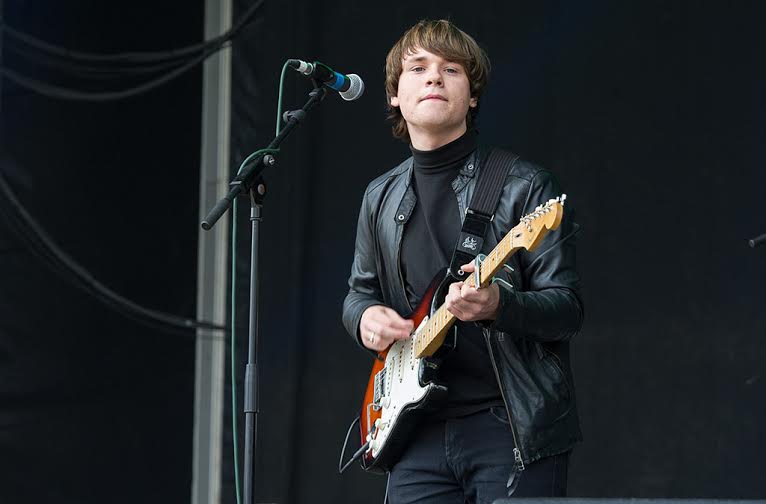 Gigslutz: Some spoken word with Leonard Cohen would be amazing. I think in your next album, you have to squeeze a poem or two into the CD sleeve.

JM: It’s already done! I have a few things written, I wanted a poem in my last one, but it just never happened for some reason.

Gigslutz: Other than Bingley all over again (looking back to Lee) if you could go back in time to any one moment where would you go?

NM: It would be the day John met Paul.

JM: I would like to go back to any time in the 20’s really, in New York though.

Likes: Ponchos, cornflakes and Almost Famous. Dislikes: Egg with any red food, Leicester's seagull population and having no ID.

Likes: Ponchos, cornflakes and Almost Famous. Dislikes: Egg with any red food, Leicester's seagull population and having no ID.
View all posts by Rachel Young →