With a performance coming up at the the City Splash Festival in Camden, Matt Tarr caught up with Jonathan Scratchley, lead singer of Gentleman’s Dub Club to discuss their live show, sound system culture and what it is about London that gives it such a cultural buzz…

MT: You’re taking part in the City Splash Festival at Camden’s Roundhouse on Saturday, which is a festival that celebrates the influence of sound system culture, alongside artists such as Richie Spice and Natty. But how did you get involved with the group and the culture?

JS: We all met when we were at uni in Leeds and we kinda got onto this whole sort of vibe when we all went to a night up there called ‘Sub Dub’ which was a reggae night and we all came in as musicians from different areas and kinda got inspired by this one club night and it spawned from there.

MT: So you guys have eight members who are part of Gentleman’s Dub Club musically and a single engineer. How does it work in terms of writing the music and the creative side of things having so many members?

JS: There’s generally a couple of people that put in most of the legwork on that but the thing that we always like to do is use the element of having eight musicians to create the sounds together and so ideas will come in and then we’ll workshop them and get them where they need to be.

MT: In terms of your overall sound, how did you craft the sort of sound that you produce as GDC?

JS: It really sort of happened from playing together I suppose. Like I said there was the inspiration that came in initially and dub music has got a couple of quite clear approaches to take so it’s a fairly standard tempo, it’s got three or four different drum beats to it and then we kind of took this idea of using delays and echoes and that just went into everything we played, so it just happened over a number of years I suppose.

MT: Your latest track ‘Pressure’ is available for people to stream on Soundcloud now but how do you feel your sound has developed since your last album FOURtyFOUR?

JS: Well I think generally, after releasing two singles off the new album and having nearly finished recording it, it’s more sort of rootsy, more groove based where the last album was a bit more electronic and this one’s gonna be a bit more wholesome sounding, a bit of a hark back to what we had been doing before. We’re very much trying to bring the live feel into that track!

MT: You probably already know this, but on Saturday when you perform at the City Splash Festival it will be a year to the day since FOURtyFOUR was released, so can we expect any special performances?

JS: No I didn’t’ know that. We’re gonna have a few new tunes from the next album to put into that set and then we’ve got a couple of surprises up our sleeves. London has turned into our home whereas it started in Leeds. Over the last couple of years London has really stepped up and we’ve been luck y to bring in big numbers of people to come and check the band out and there’s a real great energy around it at the moment so this set will be great and I’ll certainly be mentioning that it’s a year to the day since our last album.

MT: What do you think it is specifically about London that gives it such a great buzz and gets people interested into different genres/cultures and makes it differ from other music areas like, for example, Leeds or Bristol?

JS: It’s all about the way music is consumed in different places and the scenes that surround it. Most university cities have got quite a transient musical community so artists, promoters and fans will be there for a number of years and leave due to university. There are certain cities around the country that have got two or three generations that you’re tapping into rather than just one. Obviously in London you’ve got a huge young community of 16-18 year olds who go out and consume a lot of music and we get a lot of that age group in our crowds, but then it goes all the way up to 40-50 year olds who were maybe into the last wave of this type of music and who also appreciate it and there’s a richness that you get from that. London is also much more supportive of a scene and so if you’ve got more money going into it, there’s more coming out of it productivity wise. In Bristol, you’ve got a solid West Indian community and a lot of the youth culture, if they’ve gone to uni there stays; the north of England is slightly different cos a lot of the local communities are more into house and techno and so it doesn’t quite relate to what we’re doing. So I suppose it’s just a much bigger catchment in London. 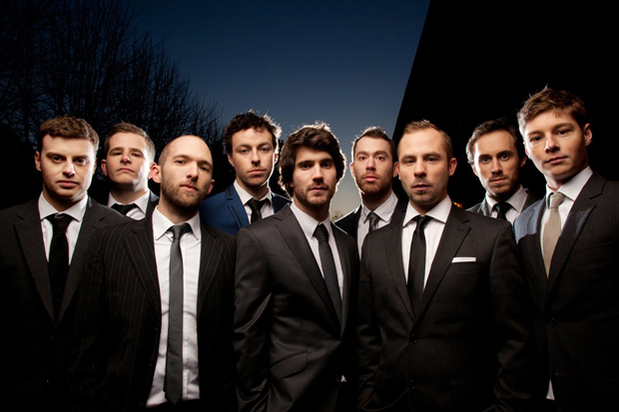 MT: Another event taking place shortly regarding sound system culture is the Red Bull Culture Clash at Earls Court and features people like David Rodigan, Boy Better Know and Stone Love. What are your thoughts a possible winner in the clash and the event as a whole?

JS: Probably that Rebel Sound crew, that looks like a good set up; Chase and Status, Rodigan etc. It’s a wicked thing but the set up that Red Bull put into their soundclash is quite removed from the traditional soundclash settings, which is still cool, but I’m a bit of a purist when it comes to that; there’s something amazing about seeing a crew that’s part of the same unit, it makes the music more consistent. But I’ve been down to a couple of them and they’re great.

MT: You’ve supported a lot of great artists over the last few years including The Wailers, Roots Manuva and The Streets but are there any artists coming through who you’re particularly excited about having support you on your tour?

JS: We’ve actually had quite a few good support bands on this tour which we’re currently on at the moment. General Roots are a really great emerging reggae band coming through and we’d love to bring them out with us and support what they’re doing. It seems like there’s a drive on live reggae and ska music at the moment and we’re hearing quite a few live acts so it’s great.

To get tickets for the City Splash Festival click here and make sure you check out the latest from Gentleman’s Dub Club here and follow @Gentlemansdub on Twitter.

Interview: Eliza And The Bear