Before their stunning headline set at Liverpool Sound City 2017, Gigslutz sat down with Metronomy frontman, Joe Mount, to discuss: the cons of a marzipan and orange juice combination, how the band put together a setlist and why tracksuits and trainers are better than a suit and tie when it comes to gig attire. 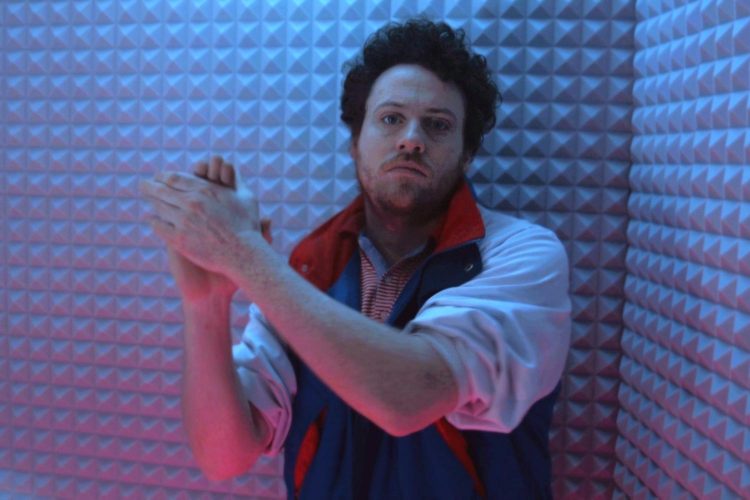 So Metronomy is headlining Liverpool Sound City. Is it still a weird feeling that you are headlining festivals or have you gotten used to the idea?

I remember a long time ago people asking “what is your ambitions and thinkings?” and the idea of headlining festivals has not ever been an ambition.  But, I guess what you hope is that your popularity will take you there.  I remember the first time we did it, we all said “oh my god, can we actually do this?” and you realise that you can do it.  It is… strange.  We really enjoy it though, and the trying to get a set together for a headline gig is a really enjoyable thing to do.

So how do you decide what songs you are going to play?

We just think about what we like when we watch bands that are headlining.  What you don’t like is being bored and you never like it when people don’t play your favourite songs.  So we try to do it in that kind of way – pick the songs that we think people want to hear.

How does playing your own live gig compare to playing a festival set?

By now there is less of a difference because we’re trying to do the same set for both. But there is just everything that makes festivals, festivals and the biggest thing is that not everybody is there to actually see you. We’re still trying to impress people and trying to win people over, so it is slightly less comfortable but that’s all.  I think it’s the whole thing is a confidence game, you know what I mean? If you’re confident then it’s fine and there’s no difference. 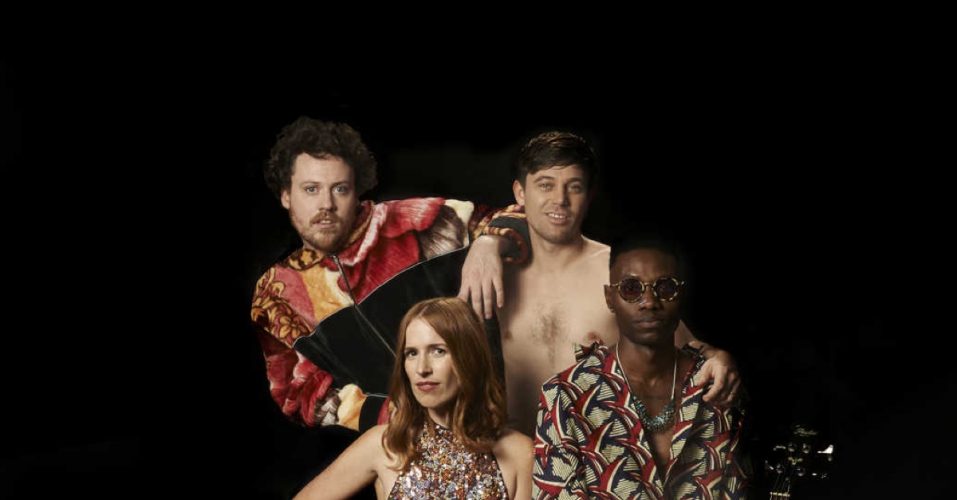 Last time we saw you live was the ‘Love Letters’ Metronomy era – with the white suits and white set.  What is different about your setup for the ‘Summer 08’ season of Metronomy?

So that tour [Love Letters tour] we wanted to be slick and reference this era of when bands used to be a little gang and dress smart.  Now, we thought it would be funny if we said “okay, that was really slick so now we want to look really… Comfortable”. We decided we were going to wear tracksuits, basically.  The whole idea of the stage is to look like a gig and so that’s been taken to a bit of an extreme where it is all just chrome gig-stuff. It’s very hard to describe. We just wanted to make it really comfortable for us to play, so we are wearing tracksuits and trainers. It’s just a classic gig, it looks very modern but it is referencing the past.

Final question for you, Joe, opposed to ‘festival essentials’ – what is the one thing you have brought to a festival and thought “oh, what was the point of this”?

A good question! So, my granddad used to take us camping and he was very much like “this is how you camp” so every time I’ve been to a festival I pack like I am not going to a music festival, I pack like I’m going on a camping trip. However, I do remember the very first time we went [to a festival] a friend of mine brought – because we didn’t have much money – tonnes of orange juice cartons and marzipan! And this friend of mine had too much marzipan and went home because he was sick. So yeah, marzipan is something I regret having taken.

Thank you so much for this interview Joe, it’s been a pleasure!

You’re so welcome! I hope you enjoy the gig. It will be a lot of fun.

Check out what we thought of Metronomy’s headline performance at this year’s Sound City here.

This Feeling Track of the Day : Trampolene ‘Beautiful Pain’