Old Barber is an unsigned, teen Scottish side-project collaboration between solo-singer Luna Webster and Taylor Stewart, who is a member of band Herbert Powell. Gigslutz recently reviewed their debut EP UFO Phil, which can be read here. An  interview with both Taylor and Webster let us into the world of Old Barber by talking about The Virgin Mary, their favourite tracks from the EP and how the band name came about:

Old Barber – who are the duo hiding behind this mysterious name, where did it come from and what drew this collaboration together?

Taylor: We are Taylor Stewart and Luna Webster – two teens who love to make songs. We didn’t actually know each other until quite recently, I’m in another band called Herbert Powell and we had recorded some stuff for a record one day and Luna ended up doing guest vocals on one of the tracks.  However, I wasn’t there when the vocals were recorded, so I never actually met Luna until the record was released and I loved it. I had an instrumental song called ‘Dog Bag’ that I felt needed something else to it and then one day I thought “it would be cool if Luna sang on it”. So I messaged her and asked if she could record a short vocal, which she did almost instantly in one take. Afterwards, we got talking about doing more stuff together, exchanged ideas and eventually decided to make our own cool fun band: Old Barber. We got the name from Jake The Barber from The Simpsons, because we love The Simpsons. 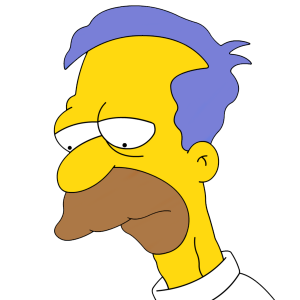 Your debut EP together as Old Barber is titled UFO Phil. What were the reasons behind this obscurely, eccentric name becoming the title?

Taylor: Basically, we had finished absolutely everything and we had all the tracks up on Bandcamp ready to release, but we still didn’t have a name for it. So, we went to Wikipedia and clicked ‘Random Article’ until Luna came across the page for this guy called UFO Phil. After this we both sort of shouted it at each other via Facebook chat and instantly decided to name it after him.

The UFO Phil EP features five completely contrasting, diverse tracks, which showcase the power that the duo have.  Personally, which of the tracks is the ultimate favourite of you both?

Taylor: My favourite track is ‘Batalla’ because I think the vocals and synths sort of blend together really well. I always picture performing it live to be a lot of fun as well.

Luna: My favourite track is ‘Liquor and Lipstick’ because it makes me want to dance and feel like I can kill awful sexist men by just shooting them a sultry glance. I would describe it as creating ‘A Glam Murderess Vibe’, and that’s my favourite vibe of all.

Are there any memorable anecdotes derived from the duo’s recent creation processes?

Taylor: We recorded almost all of the EP in my room in one day but a strong memory I have is Luna abandoning the recording to sit on my stairs, with my sister, to play with this weird light-up statue of the Virgin Mary that my mum has. I remember that happening.

Luna: I can recall that and also being forced to watch a lot of ‘Gangnam Style’ parody videos. Taylor sat the whole day in a “You don’t need swag when you have Gangnam Style” t-shirt.

The marriage between the peculiar artwork of the EP and the electronic genre is great.  Can you walk us through the idea of the artwork and what exactly it depicts?

Taylor: The first time we spoke about artwork, we ended up with this idea to use a photo of each of us as small children and then make it look all cool and weird. As we worked on tracks/developed ideas this idea basically stayed the same because we liked it so much! So, that’s exactly what we ended up doing. The original image of Luna is great because there’s a cool dog in it as well.

Which artists have influenced and harnessed the genre style and sounding of the duo?

Taylor: I’m very influenced by artists like: Orbital, Tipper and Sabrepulse. But I think for the EP, the main influence would have to be Gorillaz, although that may not be obvious when listening.

Luna: We both have a lot of different influences and it’s fun to learn about each other’s favourite artists and widen both of our musical perspectives. I am a big Gorillaz fan too; I feel the Plastic Beach album influenced us quite a lot. For me, I think artists like Purity Ring, Little Dragon, Phantogram and Grimes massively influenced UFO Phil. I don’t feel like we tried to sound like anyone at any point. We’re still developing our own sound but you can definitely tell that we’re Old Barber. 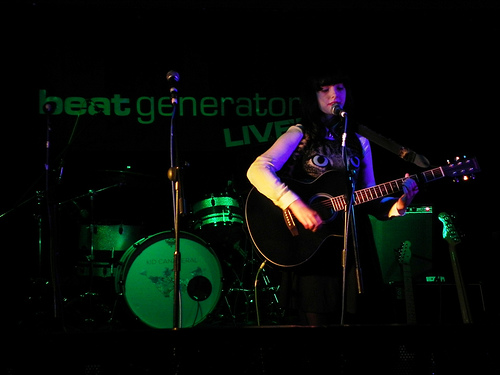 As UFO Phil is the stepping-out debut EP for you both, if you could choose any duo’s debut album you wish you could release, what would it be?

Taylor: The coolest duo I’ve heard in a long time is these brothers from Glasgow who release music under the name Young Philadelphia. Their record Yawn Philly is something I would love to have made. It’s a completely different style from us, but it’s something I would love to be able to call my own! It’s one of the most impressive releases I’ve ever heard and you should check it out online and buy it.

Luna: I’m really into Phantogram at the moment and their debut album is absolutely brilliant! They make catchy, electronic-rock and I absolutely adore it. ‘When I’m Small’ is one of my favourite songs. Apart from that I’m a huge Purity Ring fan and their debut is just perfection! The dark sound it has is incredible, I’d love to be in that duo, and they’re just ridiculously cool.

On a final note, Old Barber; although the fresh sound from you has only just been revealed and released, when can the public expect more from this amazing duo?

Taylor: We aren’t sure when the next release will be/what kind of release it will, be but we have always spoken about doing a full length album, and we’ve got a couple of songs that we never finished for the EP which we will probably use at some point in the future. We are both constantly coming up with new ideas so it shouldn’t be long before we release something new.

Here’s hoping Old Barber! Thank you for your time!