The Hunna had a very turbulent time in 2018, with the highs of sophomore album, Dare, to the lows of the legal battles whilst changing record labels. However, they look to be bouncing back in 2019 as they prepare for a huge appearance at Reading & Leeds Festival

We spoke to Ryan Potter and Jack Metcalf, to discuss their crazy last 12 months, their upcoming festival season and their near miss with Jasper.

Firstly, can you reflect on the last 12 months since the release of Dare, any special moments at all?

Ryan Potter: That’s a good question. So much has happened in the past year, even now with us transitioning labels, we’ve been through quite a stressful period. It’s been a bit of a whirlwind…I don’t know if I’ve had time to take it all in really.

Personal highlights would have to be selling out our headline tour at the beginning of the year including two nights at Brixton Academy. The crowds were fucking insane those nights. I can’t forget to mention selling out shows in Australia, which is such a huge thing.

Looking back on your previous two albums, do you have any particular favourites at all and why?

That’s a very hard question. I’d have to go with “Mother” from ‘Dare’ that’s because it’s about my mother. We’ve had the song from before we got signed and always wanted to record it properly and put it out to the world. We had it ready for the first album but wanted to hold on to it and thought it would be better on the second album.

It had an amazing reaction on tour, it was really beautiful and such an emotional rollercoaster for all of us in the band. It was a tough time losing my mum so it’s a big one for all of us.

You’ve been announced for some amazing festivals this year, such as Reading & Leeds Festival. Are you looking forward to that one?

Hell yeah! We can’t wait, we’ve played Reading & Leeds twice now in the day on the festival republic stage and then headlined it the year after. To now be main stage is a dream come true & we are going to go ham!

When playing a festival, how do you decide what songs to cut from the set?

We like to switch it up a lot but it always depends on the set length. We always try to play our main songs and heavy/upbeat songs then work around them.

What’s your best memory of playing festival’s with The Hunna?

Lots of dope memories but it’s got to be Reading & Leeds & Community Fest so far as they have been massive shows. We had a great time shredding and the fans were so hyped too. 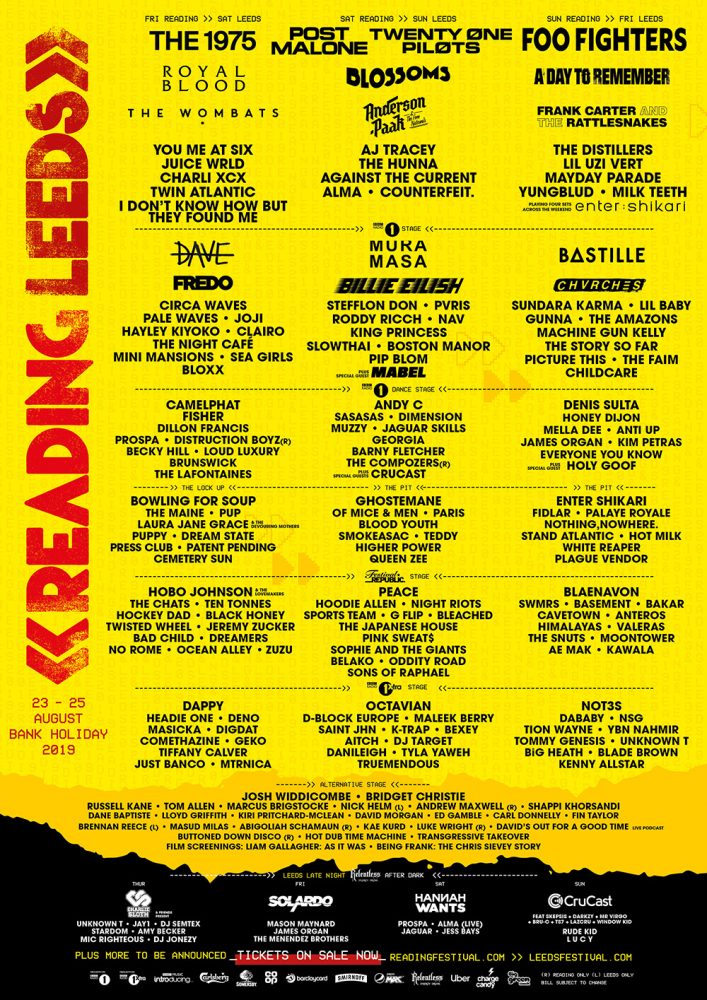 As a punter, what is your favourite festival set you have seen from another band?

Kings of Leon at Summer Sessions was amazing. Such a tight flawless band & Foo Fighters at Wembley was insane!

What are your top three festival tips?

When can we hear new music from The Hunna?

At the moment it’s been quite crazy! We’ve had some issues with our record label, so we’re transitioning to a new label. We’ve probably already got an albums worth of new music! We were hoping to get it released before this tour but due to the legal stuff we can’t; we’re going to play a new song on this tour, and more throughout festival season. It’s quite cool because the only way people will be able to hear new music is coming to a show, which is kinda old school. 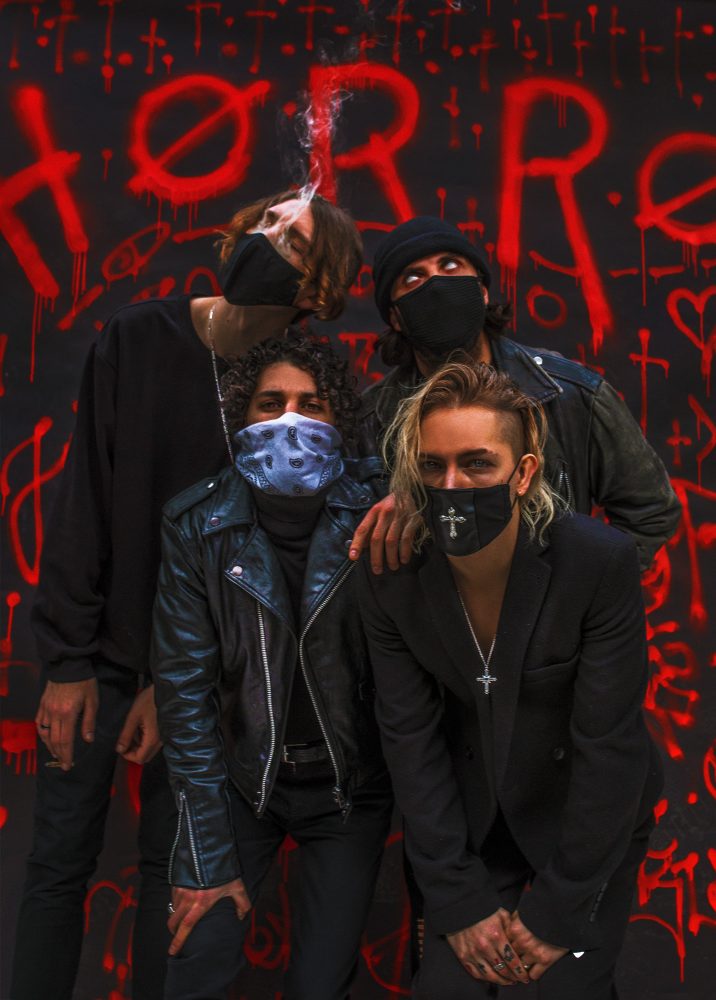 Can you tell us something about the band that not many fans would know about?

Not many fans would know we nearly called our band Jasper. We were originally called Alaska Campus, we had some different members in the band from when we were like 15. However, we then wanted to start fresh and choose something that stood out for us. We started going through loads of ideas whilst smoking and one of us had found a stone with a really cool design. Then we looked it up, it came up with loads of cool meanings and it was called a Jasper stone, we literally all reacted like “oh that’s cool, that might be the one”. However a few days later when we came back to reality we realised it sounded like a cat. Maybe that’s a thing we can do one day, cat related albums. There’s lots of people out there who love cats who might buy it!

Is there anything you’d like to say to your fans?

I’d like to say from all of us, thank you guys so much for the continued support. They know about everything that’s going on, the messages we’ve received and the support we still have is amazing. We just can’t wait for you to hear what we’ve got coming because we can finally be free; really be ourselves and say how we feel. We really think our next chapter is going to be our best and our most honest ever. We can’t wait for you all to be a part of it.

Finally, What’s next for The Hunna?

Just more and more recording, working on this new album. We’ll also be getting back out there and fighting this situation we’re in. We will win and we’ll come out on the other side, then after that, back to The Hunna world domination.