After the release of a few standalone tracks and the notable success through the power of social media of the single ‘The Great Escape’ The Lathums have catapulted forward at an impressive pace in terms of success and are now considered as one of the most exciting bands of their generation. So much so, The Charlatans front man Tim Burgess, invited the Wigan based outfit to play Tim Peaks Dinner at Kendal Calling Festival back in 2019. Now, just a couple of years on and with a record deal with Island records, The Lathums, (Alex Moore guitars/vocals, Scott Concepcion guitars/keys/vocals, Ryan Durrans drums/vocals and Jonny Cunliffe bass) are on the verge of releasing their debut album ‘How Beautiful Life Can Be’ on Friday 24th September.

Produced by The Coral’s James Skelly and Chris Taylor, The Lathums have put together an album that is joyously uplifting and brimming with optimism and hope. Alex Moore’s lyrics are emotional and heartfelt and his delicate vocal delivery is wonderfully vintage in sound throughout the record. Musical influences can be heard on the album, with the lads tipping their hat to the likes of The Smiths and The Housemartins and a s a result, the record is beautifully Northern in sound and sentiment.

We catch up with Ryan Durrans (Drums) for a chat about the album and the bands humble beginnings.

Q; Firstly, congratulations on ‘How Beautiful Life Can Be’. It’s a fantastic album. Was it recorded during the pandemic and if not when did recording start?

A: Thank you very much. The process of recording the album started during lockdown when working restrictions were lifted. We spent about a month in total in Parr Street with James Skelly and Chris Taylor working on it.

Q: You guys met and music college? Tell us more about those humble beginnings through to the level of success you are experiencing now? It’s been quite a journey in a small space of time!

A: Yeah, me (Ryan) Scott, Alex and the original bassist lewis all met in ‘The Music Projects’ college in Pemberton and started the band there as a college project. I’ve known Johnny since we were four so I brought him into the band when the original bassist from college left. We spent the first year of our career playing in pubs, bars and family’s gardens until we finally got some interest on Twitter and other social media and that’s when it started to take off really.

Q: Lyrically there is some wonderful story telling on the album? Tell us more about the process for the song writing?

A: Songwriting, especially lyrics, is Alex’s specialty, so a lot of the stories and emotions that come through the lyrics are from personal experience.

A: We start off by all recording us playing the song together to get what’s called a guide track for us all to then re-record our parts separately to re-build the track in better quality. The process always changes depending on the sound you’re trying to achieve, so many techniques can be used during the recording process for example recording each drum separately to get the cleanest sound possible, this is uncommon, but if it’s what it needs, it’s what it needs.

Q: Some of your musical influences can be heard throughout the album. Tell us more about the music you guys listened to growing up and what inspired some of the track on the album?

A: We all have varied influences mainly from older eras. You can definitely hear The Smiths’ influence in Scott’s guitar and the heavier rhythm section coming from mine and Johnny’s rock background and of course Alex’s angelic, almost instant classic vocals coming from his love of the likes of Elvis and vintage music. It’s quite a mixed bunch of influences and I think that’s why we never struggle to find a new sound. 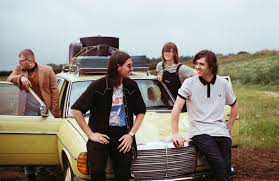 Q: What is the driving force behind The Lathums?

A: The music, 100%, it’s why we do it. To make music and to make a million people feel a million different ways all at the same time. It’s about sharing the love for us.

Q: What is your favorite song on the album and why?

A: Personally, for me, it’s got to be ‘Circles Of Faith’. It’s the opening track on the album and it’s a corker to play. I feel like it’s the explosion the album needed right at the start to blow people’s heads off straight away.

Q: So, what is next for The Lathums?

A: Anything that comes our way! At the minute we have our headline tour coming up throughout October with some big shows like Victoria Warehouse in Manchester, playing to 3,500 of our own fans. Obviously, our album is coming out this month, but as for the future it’s just onwards and upwards, plenty more tunes and plenty more gigs. 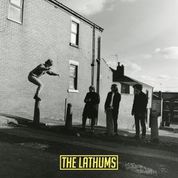 Bundles can be ordered HERE