Tom Grennan has had an amazing year in 2018, and the train only seems to be gathering more momentum.  Off the back of the release of his seminal debut album, Lighting Matches, Grennan is currently embarking on a UK tour.

We had the chance to chat to the main man about how it really feels to sell-out a show, his new Guinness World Record and his current love-affair with country music. 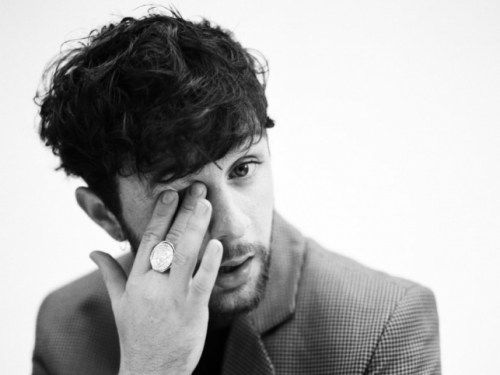 Firstly, have you had a chance to reflect on the amazing year you have had with your album being released?

Grennan: Not really no; I am kind of living it at the moment.  Next month I will be able to sit down and actually have time to reflect on everything. Obviously, I am fucking buzzing and everything is unbelievable…But I haven’t had time to sit down and have a break and think ‘what the hell is going on?’

How does it feel to sell out so many dates on your tour, including Brixton Academy?

It is crazy man; fucking wicked. It is unbelievable. I am just really really happy. I’m ready to go on tour man, I am ready to smash it.

Since you last spoke to us you’ve become a Guinness World Record holder, can you tell us about that?

I broke the record for the most amount of gigs in a day – ten in 12 hours, it was a long day. Each gig had to be a radius of 30 miles apart, it was mad. It was also the day of that England match, but all in all, it was a good day.

What are you currently listening to?

Our favourite song off of Lighting Matches is ‘Little by Little Love’ would you be able to tell us the story behind, it?

Yeah mines the same! With ‘Little by Little Love’, I sat at a piano for a while and then wrote the lyrics. It is a nod to ‘the one’.  It is saying that once or twice in life, I have been tempted to go down different paths.  I am easily influenced and I could have easily gone down a different path.  A lot of people put their time and love into me and I am very, very grateful for that.

Is there any songs that you no longer feel attached to?

As soon as I write a song and it is out there, I have a different feeling about it because other people take the songs and make them their own. I write them and then the thinking I had for them changes. I still have an attachment to them but they mean something completely different.

What has been your favourite show in your career so far?

Any advice for artists wanting to follow the same path as you?

Recently, your Radio 1 Live Lounge performance was broadcasted.  Was it your first time in the hot seat?

What’s the plan for the next 12 months?

As soon as I stop touring I’m going into the studio and writing another album man. More music to come don’t worry.

Thanks for speaking to us Tom.

Take it easy, see you at Brixton!

This Feeling Track of the Day : TOUTS ‘Can’t Blame Me’