We spoke to Nicky Romero at Creamfields 2018 about DJ techniques, Scooter and Avicii.

Is this  your 5th or 6th time playing Creamfields Festival?

Yeah, well I was kind of hoping you could tell me if it was five or six

Unfortunately not, have you played the same stage for each performance? Or have you adapted to different stages over the years?

I’ve been playing the same stage, I think for the last, five years. It was this one here, I’ve just done, (ARC stage) But, I do remember the first one was with Calvin Harris, I played before him. I can’t believe I don’t see him around anymore, he’s playing in Vegas a lot. But playing here definitely brings back a lot of memories. 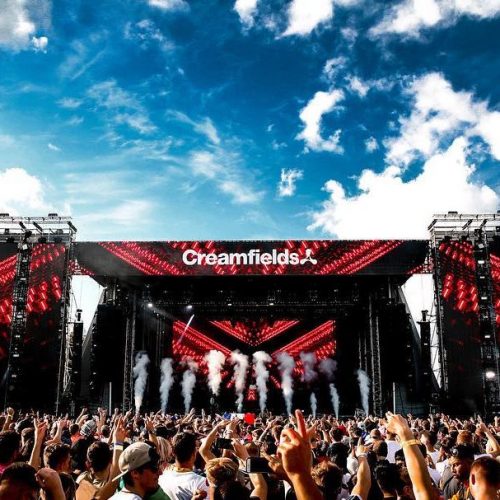 Do you know if you will be playing any of the outside UK Creamfields events?

To be honest with you, I don’t actually know. I wish I could tell you, I have no idea what’s coming up right now, but hopefully.

What was the first electronica or dance album you listened to that made you realise you wanted to make your own music?

Album, that is actually a funny one, because it’s called Bitte ein Beat, it’s a German concept that used to do a lot of albums. It brought me to the sounds of Scooter, club house, which is really back in 2004.

Any ideas on the first song that caught your attention to this genre ?

The first song would be Lethal Industry by Tiesto, I think that is a golden song which has created a lot of memories for me.

In 2013 you collaborated with Avicii for, ‘I Can Be The One,’ was that the last time you guys worked together before he passed?

I was working on a lot of new songs, he sent me some messages in December 2017 and January this year, asking if I could start working on songs with him and maybe if i wanted to help him with some new sounds – to get his album done. I’m always open to collaborating, so I said yes. He was one of the most talented artist we ever had -plus one of the kindest people I ever met.

Lastly, what tactics do you use when creating drops for your songs? What would you say is the best technique to make each drop have their own authentic sound?

I think when you’re in the studio you’re focused on certain energy, and if the drop gives you the energy you’re looking for – it’s just about tweaking it in a way that it doesn’t sound the same, or similar. It can be triggered by any kind of song, or sound. The structure will always be the same, just like soccer, there’s many ways of scoring a goal, but the squat team will always be on the field, or in an arena with certain tactics. So, the tactics change, but the setup is quite similar. So that’s what I try to do, I try to look for that energy.