Following last nights release of one of the most anticipated albums of the year, Jay Z’s  ‘Magna Carta Holy Grail’, our very own hip hop expert Allan Nersessian set about giving it a track by track once over. Here is the verdict…

Holy Grail – as album beginnings go this isn’t what we’d expect from a heavy-weight like Jay Z. Justin Timberlake’s vocal melody feels like it’s been ripped from a verse on a bad b-side and is too soft to make any decent impact. Jay’s flow is as ever fluid and sharp once it finally comes in. The nod to Kurt Cobain kind of fits in, just about…

Picasso Baby – a sample from composer Adrian Younge gets this off to a good start with Jay spitting about “want a Picasso, in my casa, no my castle”. Not unsurprisingly from Jay the subject matter here revolves heavily around money whilst at the same time aligning himself alongside the likes of Picasso, Leonardo Da Vinci and Warhol.

Tom Ford – starting with the melody from M.I.A’s ‘Bad Girls’ this track opens up over some fairly spaced-out beats mixed with an 80’s computer-game style of effects. The song takes its name from the popular fashion designer with Jay claiming “I don’t pop Molly, I rock Tom Ford” (for those not in the know, Molly is the in vogue word for ecstasy / MDMA currently being used by everyone in the hip hop scene).

FuckWithMeYouKnowIGotIt – a menacing bass-line supports a trap-style beat that features the questionable talents of Rick Ross (“I just landed in Europe nigga / shopping bags I’m a tourist nigga”). Thankfully Jay comes to the rescue with some sharp rhymes but it’s not enough to save this song from being one of the weaker ones on the album.

Oceans – featuring the crooning talents of Frank Ocean this gets the album back on track. Not the most intricate of beats but Jay’s talent shines through. A reference to the late B.I.G, “Only Christopher we acknowledge is Wallace”, feels strange whilst having Frank Ocean on the track whose real name is Christopher Breaux. I’m sure Mr.Ocean didn’t mind.

F.U.T.W – a nice grimey-yet-smooth track with Jay telling us “don’t be good my nigga / Be great”. It’s a solid track albeit not a mind-blowing one, even if it does feature an almost circus-like musical interlude.

Somewhere in America – a great brass riff with an intricate piano weaving over the beat makes this one of the most sonically pleasing tracks. It’s a shame then that Jay doesn’t perhaps take advantage to speak about anything other than more money, more Lambos and Miley Cyrus “twerking”.

Crown – another darker sounding track with a bass line that wouldn’t be out of place on Kanye’s ‘Yeezus’. The comparison with Kanye doesn’t stop there as Jay raps “you in the presence of a King / scratch that you’re in the presence of a God”, seemingly linking Kanye’s ‘I Am a God’ to Jay’s ‘Crown’. It’s a punchy and decent track but again perhaps not delivering its full potential.

Part II (On the Run) – taking a slight move away from conventional hip hop to an almost 80’s pop groove this track features Jay’s wife Beyonce (you may have heard of her). Produced by the maestro that is Timbaland, the song gives the chance for both lovers to express their admiration for each other, “Without you I’ve got nothing to lose”.

Beach is Better – another short track of 55 seconds with a tight dark beat and Jay teasing his wife with the line “Girl why you never ready / For as long as it took you better look like Halle Berry…or Beyonce”.

BBC – an all-star line-up consisting of Justin TImberlake, Beyonce, Swizz Beatz, Pharrell Williams and Timbaland give weight to this bouncing track. A tight beat with some intricate backing vocals and simple piano lead give Jay ample space to spit fire which he does with ease.

Jay Z Blue – an emotional and heart-felt track written about his daughter Blue Ivy. Jay raps about wanting to be the best father he can as he was left without a role-model himself. Stirring strings and a driving beat complete this powerful track which seems to have a small vocal part from the late B.I.G.

La Familia – the beat on this is fairly straight-forward whilst Jay continues to paint the picture of him being the “head of the family” and all the monetary advantages that brings him.

Nickels and Dimes – Jay raps over a beat written by Gonjasufi, who actually released this for free back in 2011. It’s an impressive way to end the album with its dry chopped-up beat and psychedelic atmosphere. Jay’s vocals sit perfectly over the rhythm whilst Gonjasufi sings the main refrain. 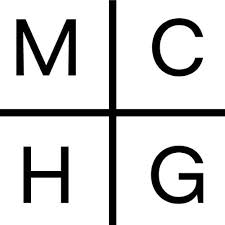