According to the wondrous force that is twitter, I’m aware The 1975 will set foot on stage at Manchester’s Apollo at 2100 hours. However, at only 20:45 a quiet drone begins gently drifting out of the speakers and into the crowd. At first it’s barely noticeable, but as time passes it crescendos ever so slightly, snowballing the room’s excitement until the metaphorical clock strikes and the band – minus the enigmatic Matt Healy – smash straight into ‘Love Me’. The track boasts a hip-shaking guitar riff and some Theremin like synths; a brilliant intro. Huge blocks of pink light that tower over the stage suddenly beam into life and the man of the hour arrives to kick off the track. 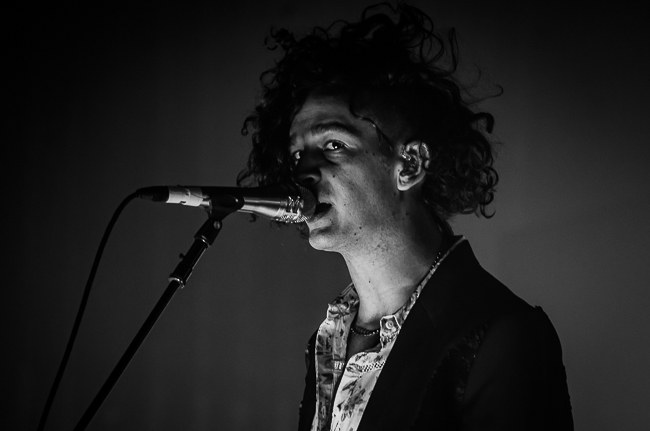 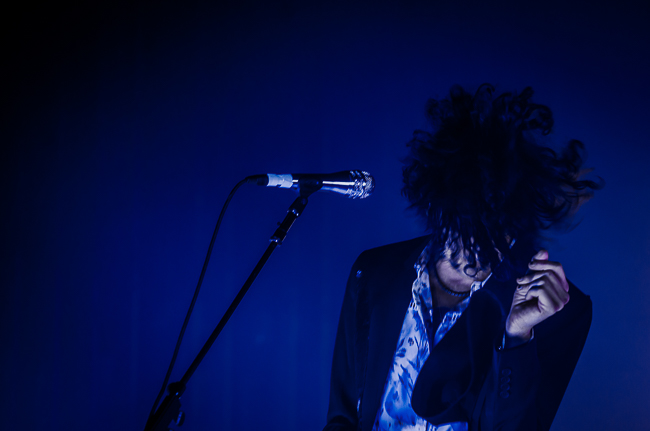 ‘UGH!’, ‘Heart Out’ and ‘So Far (It’s Alright)’ follow in quick succession, tune after tune, the crowd alternating between screaming and dancing as they go. Healy addresses the crowd: “Welcome to our last night in Manchester, this has been fucking mint”. It’s heart-warming to know global success hasn’t taken the Manc out of him. Healy may receive criticism from some parties, but there’s no denying he’s an incredible frontman. His stage presence is sublime, he struts with a subtle confidence and cool charm that others would die for. The crowd adores him, simply standing front centre, a small nod and wave sends the sea of 15 year olds into frenzy of high-pitched shrieks. Although it must be said, the incessant screaming has certainly reduced in the 18 months since the band last played this venue, which made the show ten times more enjoyable. 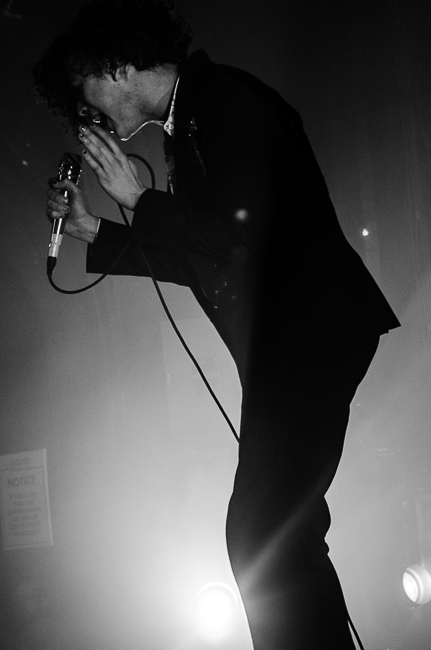 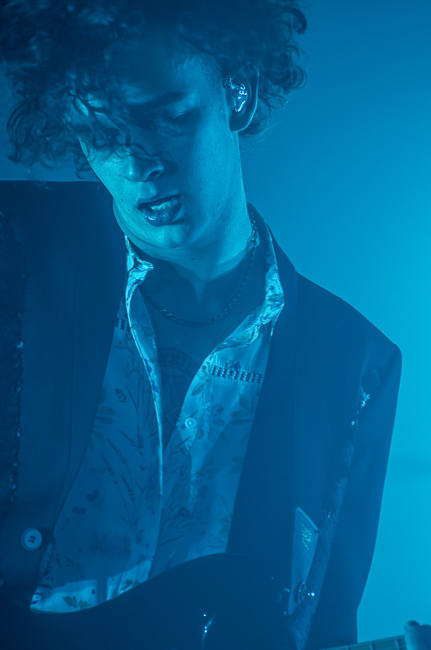 And that’s not the only thing that’s changed. Apart from the release of a second album and the possibility of a much longer set, production budgets have also sky rocketed. Sky-high light towers that transform into a city skyline beautifully set The 1975’s backdrop. Three signature rectangles hang above the band, their LED borders shifting in time during ‘Robbers’ as though playing a Nokia-inspired classic game of snake. Of course music is a form of art, but tonight the lighting was deserving of equivalent artistic merit. Each display was coordinated and corresponded perfectly to each song and added an extra special element to make it just that bit better. 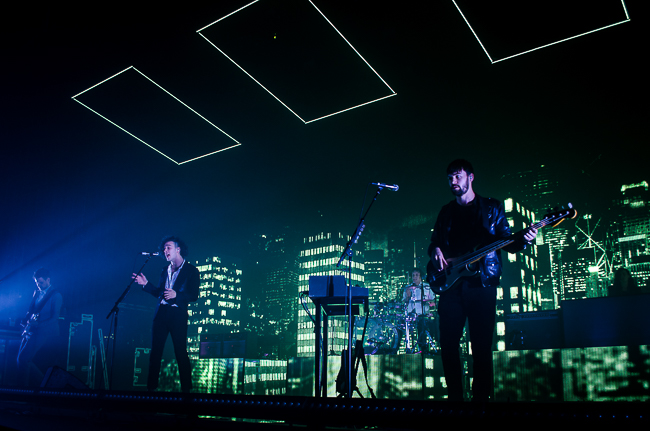 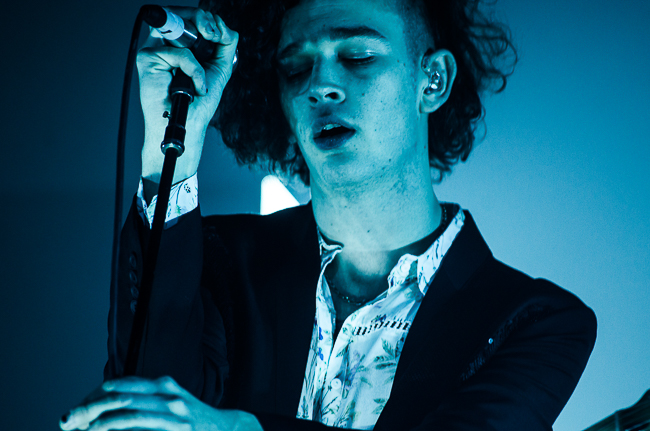 It’s no surprise I like it when you sleep, for you are so beautiful yet so unaware of it reached the Number 1 spot, members of the audience young and old know the words to new album tracks such as ‘She’s American’ or ‘A Change of Heart’. Each song is an incredible amalgamation of raucous drums, funky as guitars and the occasional sexy saxophone solo. 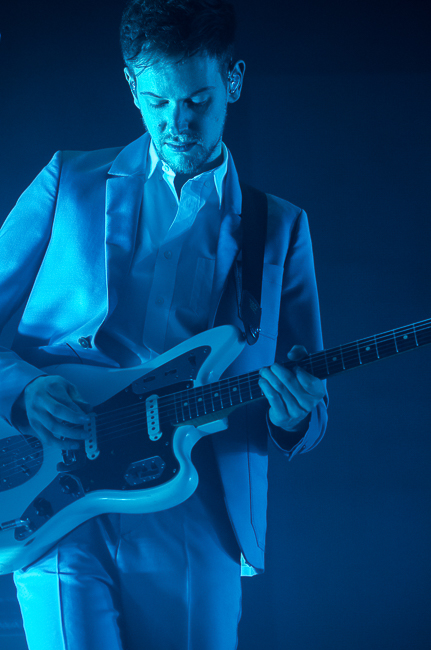 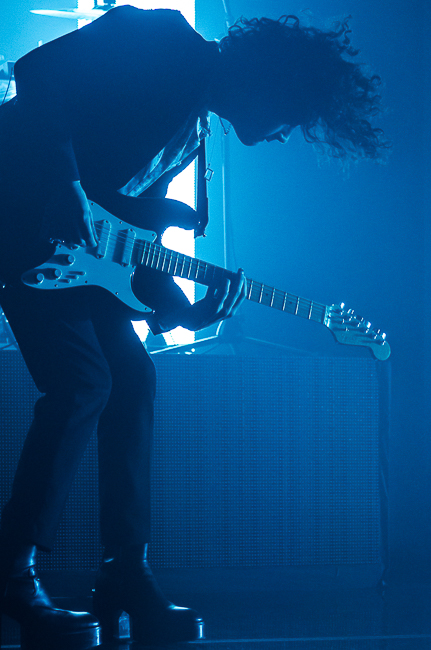 The set is the ideal combination of to new songs, we get throwbacks with ‘Fallingforyou’ straight into ‘Something Else’, not even interrupted by Healy casually catching a bra – “what would your mum say?”. There’s more of the slightly awkward moments, as teens and their dads sing “fuck that get money!”, ironic as The 1975’s is some of the most brilliant marketing in the music industry, their money is coming straight out of the dads’ pockets. As the lights go down after ‘Girls’, the overwhelmingly underage crowd chant “We want ‘Sex’! We want ‘Sex’!”. Healy and co come back and oblige after playing an overwhelming encore consisting of ‘Chocolate’, ‘If I Believed You’ with additional gospel singers and ‘The Sound’. An awesome display of what can be done with brilliant indie pop, the last of The 1975’s four-night stint in Manchester is one to remember. 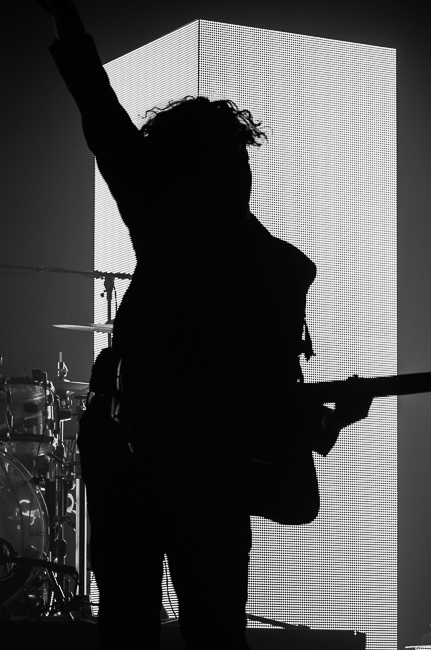 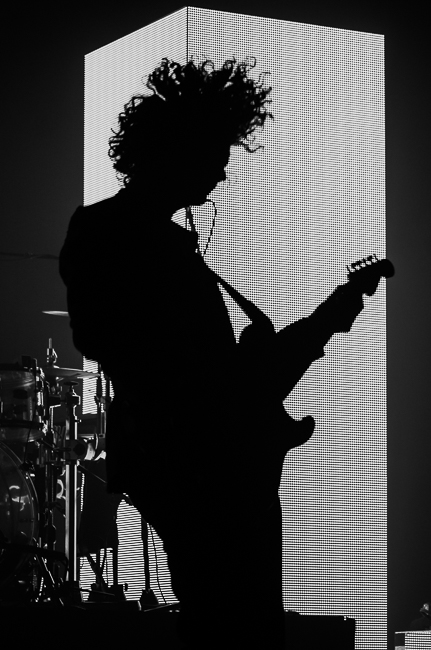