At approximately 9:30pm on Friday deep inside Manchester’s Ruby Lounge I saw the future. It’s fresh. It’s exciting. It’s sweaty and stripped to the waste. And it’s accompanied by a gimp and a 6 foot tall paralytic baby covered in shit.

The five members of Manchester’s newest masterpiece emerge for their hometown gig, welcomed by an overcapacity crowd and some thrown cabbage heads. The shit smeared baby roaming the stage gives a squeeze on his bottle of talcum powder, choking those in the already brimming crowd below, and immediately they plough into ‘Uber Capitalist Death Trade’. 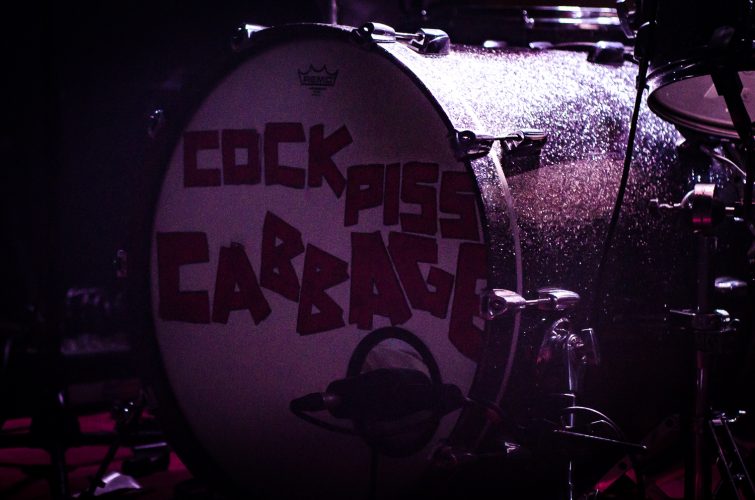 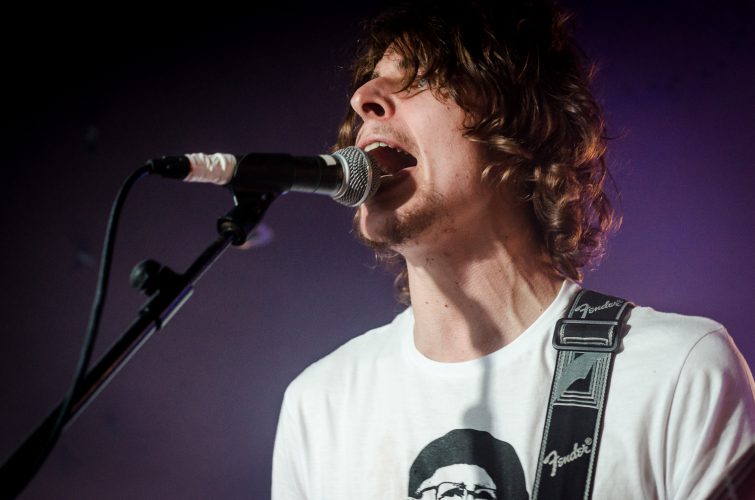 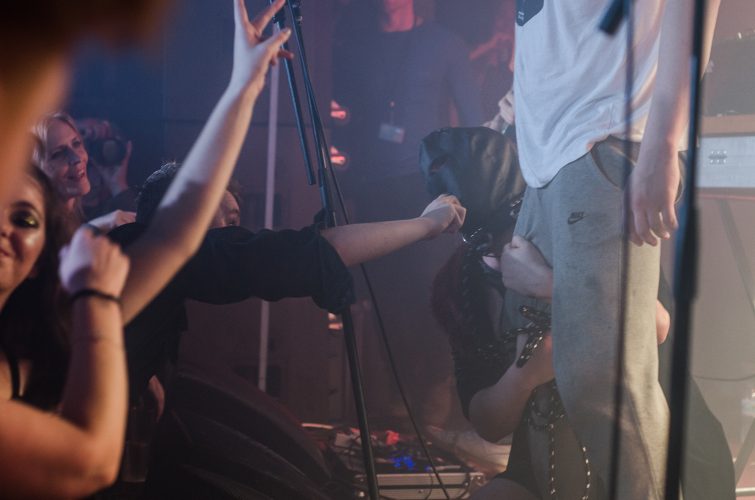 Cabbage themselves are far from vegetating on stage. Front man Lee Broadbent is soon being passed and dropped around the crowd, losing his glasses in the process as he has to finish the final chorus of ‘Kevin’ from the venue floor.

The set is played in front of an American flag donning Trump’s slogan, “Make America Great Again”, and the satirical genius of their set comes thick and fast. As ‘Necroflat In The Palace’ rings through the Northern Quarter’s coldest small venue, the emphasis on every note and word in each song makes it clear we are witnessing something special. 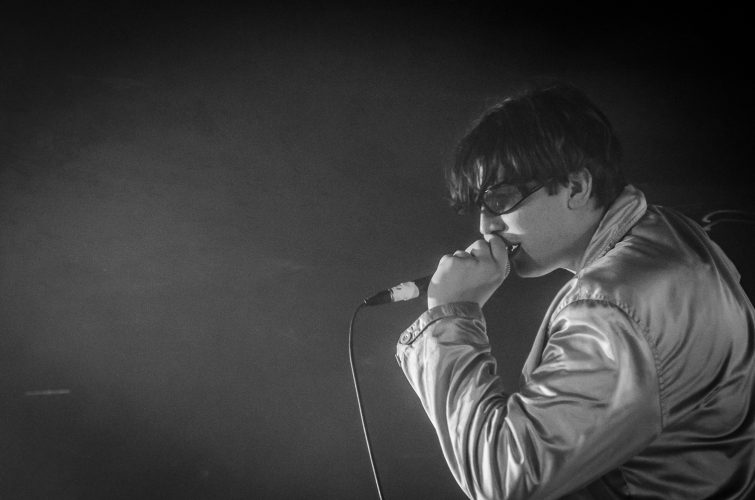 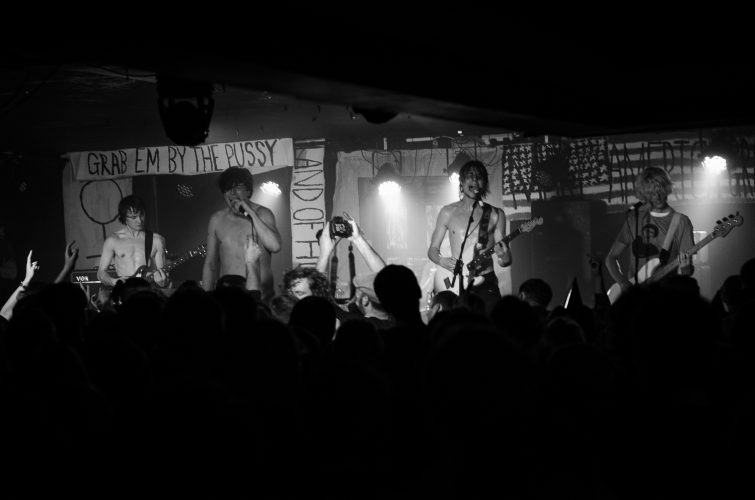 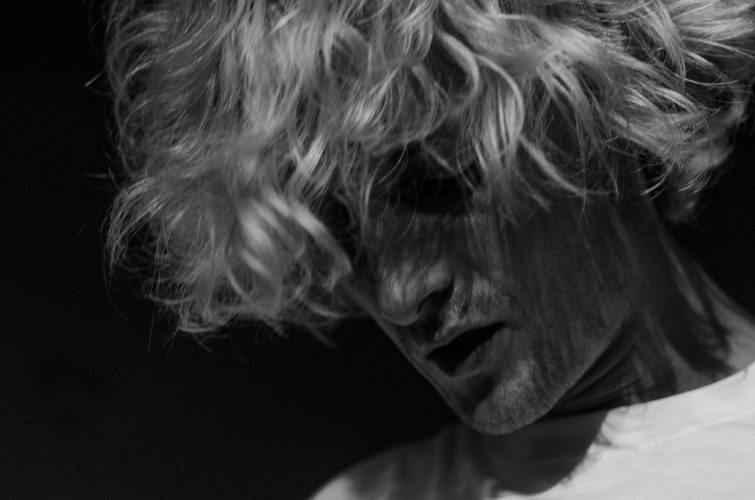 The vast majority of this night for the band is spent shirts off, sweaty, in the crowd and most certainly frantic. Some elements of it, mainly the aimlessness of parts, are reminiscent of early Libertines gigs. The difference with Cabbage is they do not take themselves too seriously, proven by the nod to Alan Partridge with “Cock Piss Cabbage” sprayed across their drums.

The attraction of this band is their seemingly effortless ability to get the satirical humour of their music whist simultaneously giving a big fuck you to anyone and everyone they want to. They close with ‘Free Steven Avery’, and as the crowd and band alike belt out the lyrics “Death to Donald Trump” whilst Lee holds aloft a banner reading “Grab Em By The Pussy”, the whole thing is bought to a ceremonious end. 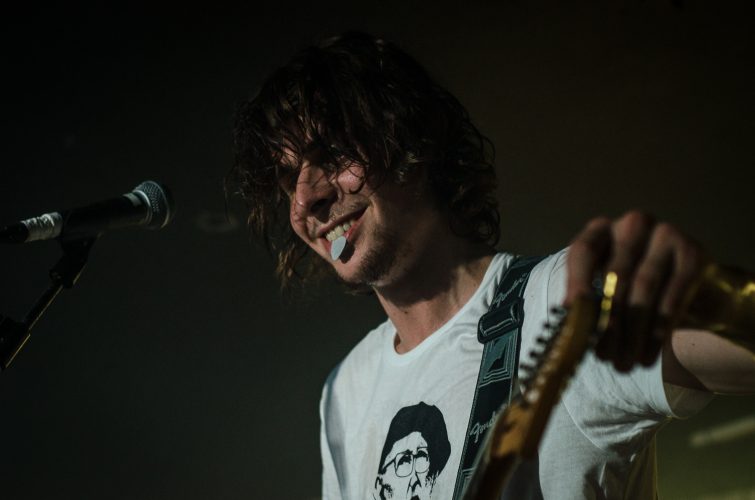 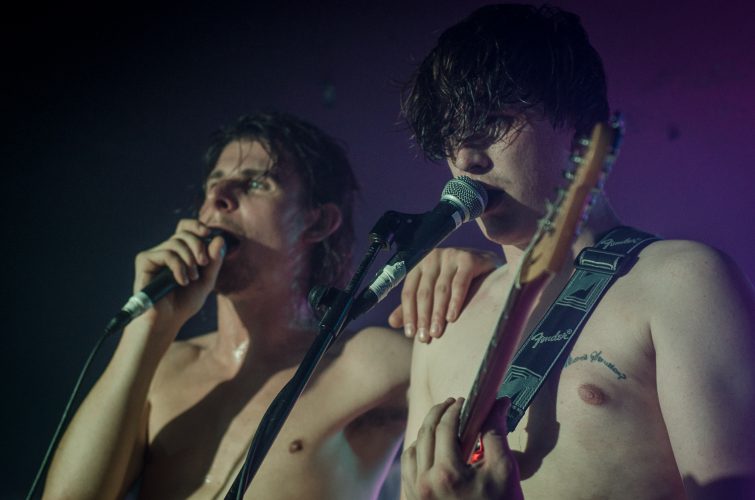 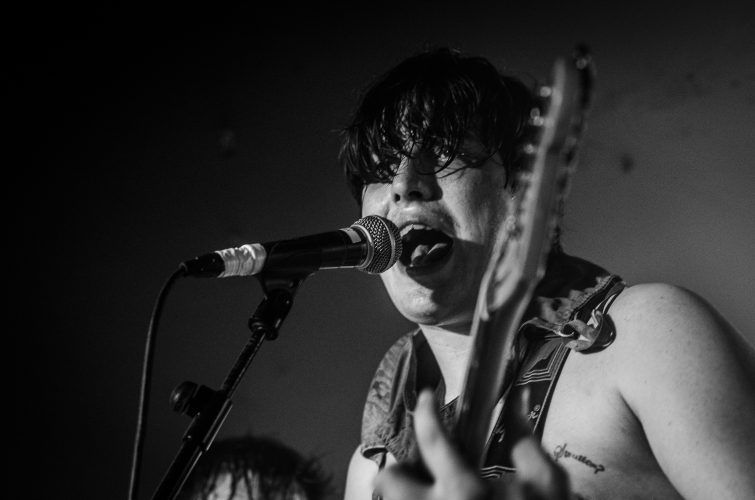 Bands come and go. Some bands with substance are swept under the carpet to make way for meaningless clichéd drivel to storm to the top of the “alternative” scene. This one band though, and this landmark gig of theirs, have rekindled a flame of excitement in British rock music that was otherwise flicking towards extinction.

On Friday night at Manchester’s Ruby Lounge I saw the future, and it’s Cabbage.