Finally, the countries quirkiest and most amalgamating festival is up and running again. The rain lashes down as families and wide-eyed youths alike slither though the sludge, hunting high ground to set up camp. Anticipations rise with the mud levels as more and more pile into the sodden fields, all lusting for a daytime walk through the woodlands, or the pulsating rhythms that spill from the glow tent as darkness descends.

The Shimmer Band bring a psychy edge to triumphantly open this year’s frivolities, but the real highlights of this midweek extension of the festival begins when Happy Mondays take the stage. Even in 2017, there is something strangely hypnotic about one of the most instantly recognisable bands of an era. Despite everything that has come since them in music, this combination of a singer that can’t particularly sing, a dancer than can’t particularly dance, and a group around them holding it all together is still utterly unmissable at a festival.

The first headline duty of the festival falls to Franz Ferdinand. Members of the indie explosion towards the start of the millennium, they have gone on the prove their worth as a serious band with musical substance and this set is no let down. ‘Dark of the Matinee’ opens the set and from there on there is little rest bite as the now heaving crowd bounces under the clearing northern skies. ‘Take Me Out’ is understandably the best received tune of all, but even without that, this will prove to be the best headline set of the weekend.

The Friday selection of acts towers above the rest of the weekend on paper. We explore the woodlands for a discovery which can fill time until the main events begin, and find it in the form of Ded Rabbit. These four Edinburgh brothers turn out to be our best find of the weekend, and their brand of Mystery-Jets-esque indie pop is but one example of the booking and placement genius of Kendal Calling’s organisers, hats off.

DMA’s Aussie brand of indie fusion is yet another impressive feat of the Friday afternoon. Kitted out in a blue cagoule, the frontman has that something every great band has. That edge you can’t particularly put your finger on, but a presence that just draws in a crowd of which many will have no idea who they are.

Stereophonics are called upon to close out the Friday night. They fill a set with hit after hit, but barring ‘The Bartender & The Thief’, it lacks a bit of a kick at times for a closing set. Despite being a little static, the crowd still welcome the sing-along’s with open arms, ‘Maybe Tomorrow’ and ‘Handbags and Gladrags’ are the highlights as fireworks emanate from the top of the stage.

The thousands of aching jaws dig deep to dish out a final cheer and its farewell to the headliners, but the night has hardly begun for most as the other side of Kendal awakes. The Glow Tent is the venue for the next four hours, as thousands of rattling eyes and minds pack in for the DJ set of Faithless. Insomniacs frolic to the beats through the early hours and back into the camp site until night is no longer so dark, and then know it’s time to get themselves ready for the same again.

The sobering sun of Saturday morning is soon forced to retreat as a further swarm of black clouds move in over Colonel Mustard & The Dijon Five’s main stage opening set. As the whole crowd move from side to side across the stage in accordance with the lyrics of ‘cross the road’, you’re left wondering if the abuse of the previous days has finally taken its toll. Calves burn and chests tighten as those of the indie persuasion force their way over the hill, eager for Reverend & The Makers to administer the first shot of guitar music of the day. As Jon McClure’s towel swings back and forth to the trumpets of ‘Silence is Talking’ you know one of the best festival bands in the country have nailed yet another set.

As the sun moves behind the bar of the main stage an all out evening of indie begins with Editors. The rugged vocals the compliment the frivolous synths are strangely metaphoric as even in rare sunshine you battle through the mud, treading carefully as you look through hazy eyes for any spot flat enough to dance as they break into ‘Papillon’ at the end of the set.

Manic Street Preachers close the respectable leg of the Saturday as they reach out and grab all audiences with their unique sound. Passion and pain oozes from the stage to the revellers below, and even Glow Tent regulars can be heard saying how they will be giving their Spotify playlists a break to search for these when they get home. 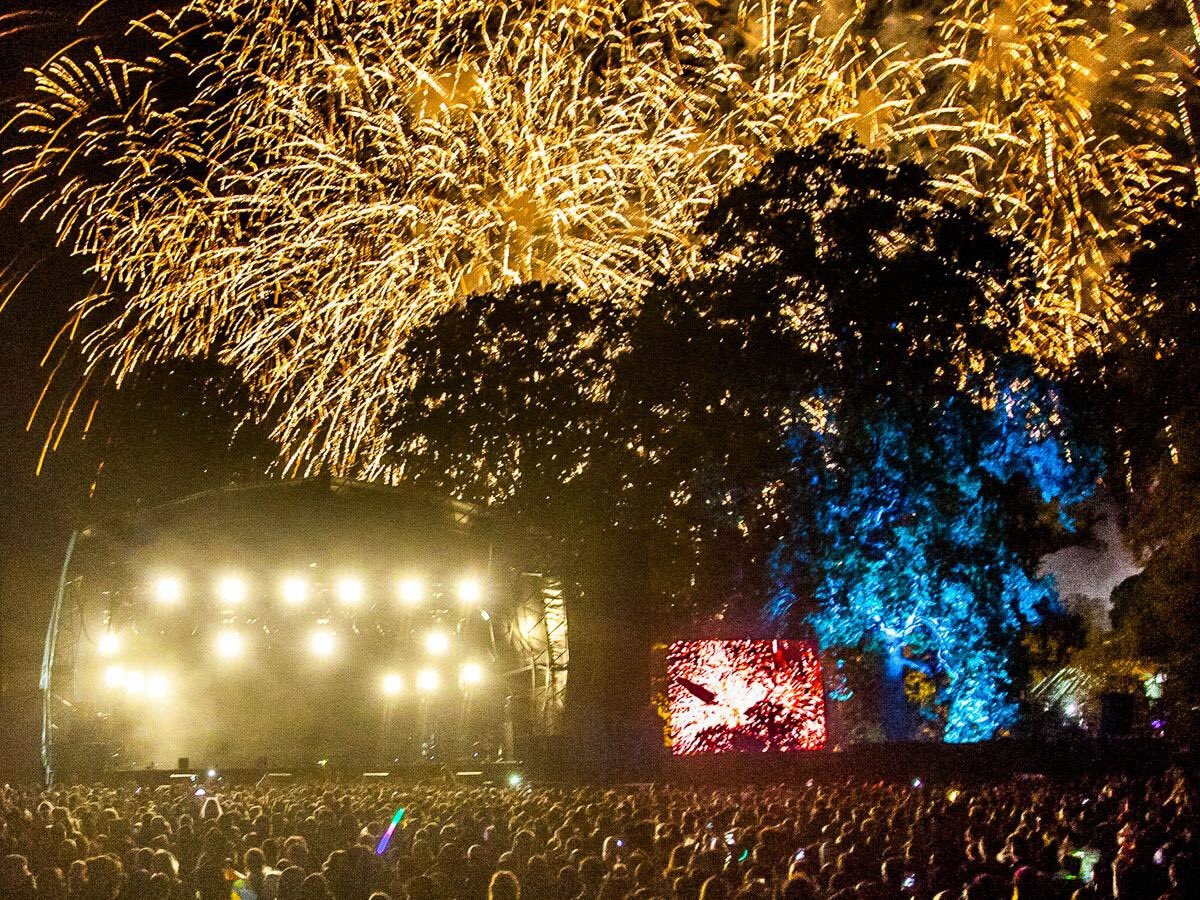 As the headline set climaxes the hordes head back towards the exit, and though some continue through them, most are veering off to the left where the glow tent goes on, but for us its time to explore the woodlands at night. Your eyes swing left to right as lights flash all around the scenic route, your pupils undecided at what to look at first. As a parade of glowing shellfish and lobsters ascend from the darkness across out path, we decide it is time to retreat back to the campsites. The wind picks up again against the tent, the sound mixing with bass plummeting from the arena, providing a Kendal lullaby as we rest our heads in anticipation for one final hurrah on Sunday.

Sunday morning we wake to the news that Y Not has been washed out. The division between groups on which of these to attend as they compete every year sees the Derbyshire rain quickly become the toast of the campsite as the superior organisation and spirit in these Cumbrian fields means here, the show will go on.

With the fuel for a party already doused and ready, The Lancashire Hotpots ignite the final day blowout. ‘Egg, Sausage, Chips and Beans’ bounces between the hills and spectators hop about below the main stage, paving the way perfectly for Slaves set mid-afternoon. The southern punk rockers have become one of the must see festival bands over the last few years, and the crowd for their set is the most lively of the weekend. The newest festival stereotype, chants of “Ohh Jeremy Corbyn”, rings out as the duo emphasise the want it louder, barking out “Fuck yeah, man like Jez”. Finally, ‘The Hunter’ sends the crowd into raptures, and then it is over.

The one gripe at the organisers comes as Tinie Tempah headlines the main stage, coming on late and leaving early in an appalling show of egotism sure to ruin some fans end to the weekend. Meanwhile though, we join the hundreds of eyes who peer through gaps into the full Calling Out tent, desperate for The Coral to provide the last taste of music in these fields for another year. As a thriller filled set comes to crescendo with ‘90s classic ‘Dreaming of You’, the forests of this Lake District light up under the flash and bang of fireworks, and we know that another amazing Kendal experience is all over.

Premiere: Port Cities – ‘Where Have You Been?’