On a tropical-esque day I clambered into my (very kind) friend’s rather precious 42 year-old VW camper van, ensuring them of course that no calamity would befall me. Only hours later I’ve flooded the engine (I don’t know that this is what I’ve done, I’m a girl) and am holding up the entire A12. Eventually, with the help of a patient white van man (they do exist!), everyone on the A12 is back en route to Latitude festival.

In it’s 9th year and now boasting a crowd of 35,000, Latitude has formidable variety. The woods of Henham Park in Suffolk are strewn with treats, from live painting and hideaway acoustic stages to bushcraft classes and theatre. This is all before you hit the wide-open expanse of the main event with it’s abundance of stages. I meander through the woodland, and hear the arresting voice of RagnBone man as I reach the clearing.

What a find. Rory Graham – as RagnBone man is otherwise known – is a soul and blues powerhouse. He stands stock still, literally belting out raw lyrics (‘Things have got so rough, even my dog left home…’) in a tone that’s pure gravel, borderline aggressive and unrelenting. He drags you into his fist and doesn’t let go, not that you’d want to go anywhere. He made for a cracking start to the weekend. 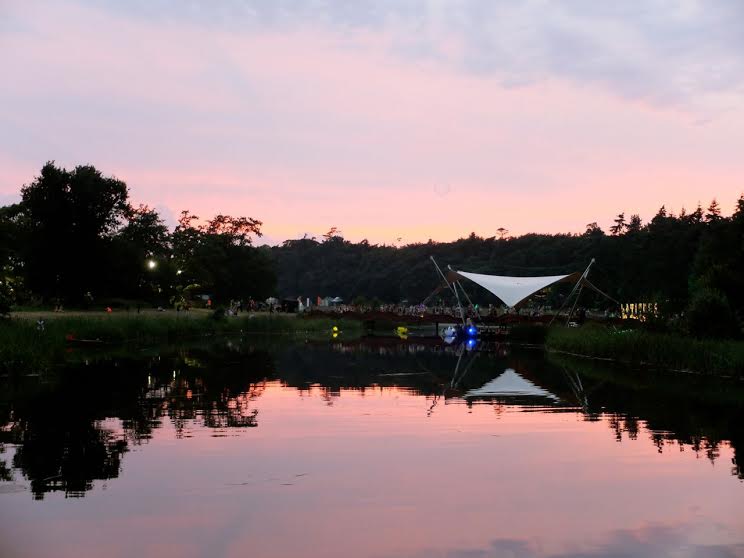 Saturday on the Obelisk stage featured First Aid Kit. Under the blistering afternoon sun their harmonies were like a welcome breeze. The Swedish duo is so consistently on point they become one beautiful enmeshment; maybe it’s a sister thing? Having just released their album ‘Stay Gold’, they treated the crowd to a few new tracks. ‘Stay Gold’ and ‘Master Pretender’ were notable; catchy, lyrically sound and building on the trusty success of the 2012 album ‘The Lion’s Roar’. The steel pedal hook on ‘Master Pretender’ is enough on it’s own to keep the song on repeat in your head for days. Will be buying that album.

Dalmon Albarn headlined Saturday night and delivered classics, charm and a little bit of magic. As lightning raced through the skies it looked like he was single handedly channeling electricity, bounding about the stage and chucking water at the already drenched front row. The downpour demoted festival goes to drowned water rat status but could do nothing to stop their enthusiasm during songs such as ‘Tender’ and ‘Clint Eastwood’. The set paid homage to his talent as a songwriter, performer, and remarkable influence on the music scene for 20 years. It will take some beating as far as headliners go this summer.

My festival highlight? Kate Tempest. The blacked out Film and Music tent (and as such ridiculously hot and a good kind of sweaty) hosted Kate with her new band, playing out what she says is her ‘dream’, new album ‘Everybody Down’.

I first saw Kate playing Camp Bestival about seven years ago. Back then she was mostly covering the festival circuit without invitation, pitching up to busk instead. I’ve seen her poetry, I’ve seen her plays and I bought the book of poems ‘Everything Speaks In It’s Own Way’. I’m starting to sound like a stalker, but I’d prefer to think I was just onto something.

Her subsequent rise to critical acclaim as a poet, playwright and rapper is only testament to her willingness to graft and refusal to compromise. So as she came on stage with a grin the size of the Atlantic, I couldn’t help but grin myself. She hasn’t changed a bit from those busking days. Still self-effacing, humble and with a shy quality yet quiet awareness of her ability. 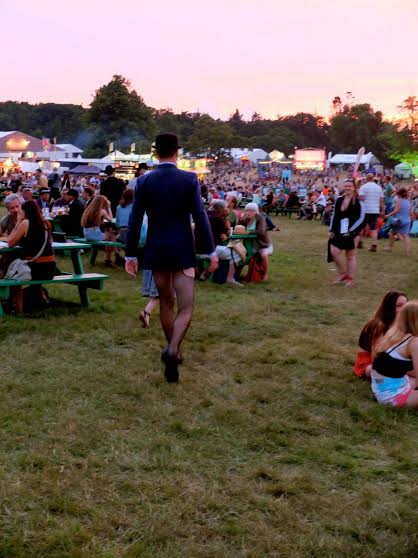 The album is dark and brutally honest with an unrelenting heartbeat. Stories weave themselves throughout, exploring the problems and joys of being human. ‘The Beigeness’, ‘The Truth’ and ‘Lonely Daze’ are stand out tracks, but it’s the kind of album that demands patience; to be heard in full rather than cherry picking favourites. If you give it the time it deserves you will be rewarded.

The live show is just…real. It sounds like an odd thing to say but, live, it is honesty in an industry that can be so dishonest. As Kate came into the crowd, or grabbed her band mates in gratitude it felt like truth. On stage they were all together and yet in their own worlds; you felt like you could be watching them do this at rehearsal with all of the same heart and love. The tour starts in November, I won’t do the lyrics disservice by printing them, go and have a listen. Catch her whilst you can, the hype will only get bigger.

So all in all I’d say it was a pretty successful weekend. Oh yes, I was rather smug as I drove off into the sunset. That is until my back wheel exploded on the M25. Don’t worry; your trusty reviewer came out unscathed. Unlike the campervan.

View all posts by Sarah Griffin →