On Friday as part of a summer of gigs at Finsbury Park, Liam Gallagher headlined a show to 20,000 fans as part of his world tour. Other acts that featured during the day were Wolf Alice and Loyle Carner.

The atmosphere was electic like you’d expect from any festival as the temperatures reached a soaring 30 degrees, pints of carling were in hand and tops were off in preparation for the man and the legend that is Liam Gallagher himself. For hours before the man himself came on stage you could have been forgiven for thinking that you had taken the wrong turn on the way here and ended up at a football match as rowdy crowds were repeatadely singing football chants in particular ‘we’re coming home’.

That aside, the hot and agitated crowd seemed far from pleased with the waiting times to get to the bar and the toilets and to exit at the end of the night, with hoards of people on twitter even demanding a refund.

Waiting (not so patiently) for the gig to start I got talking to Matt Lucas from Salisbury who had impressively dedicated his left arm as a living homage to the big man Liam Gallagher himself. His tattoo features his favourite songs and even a picture of his face. 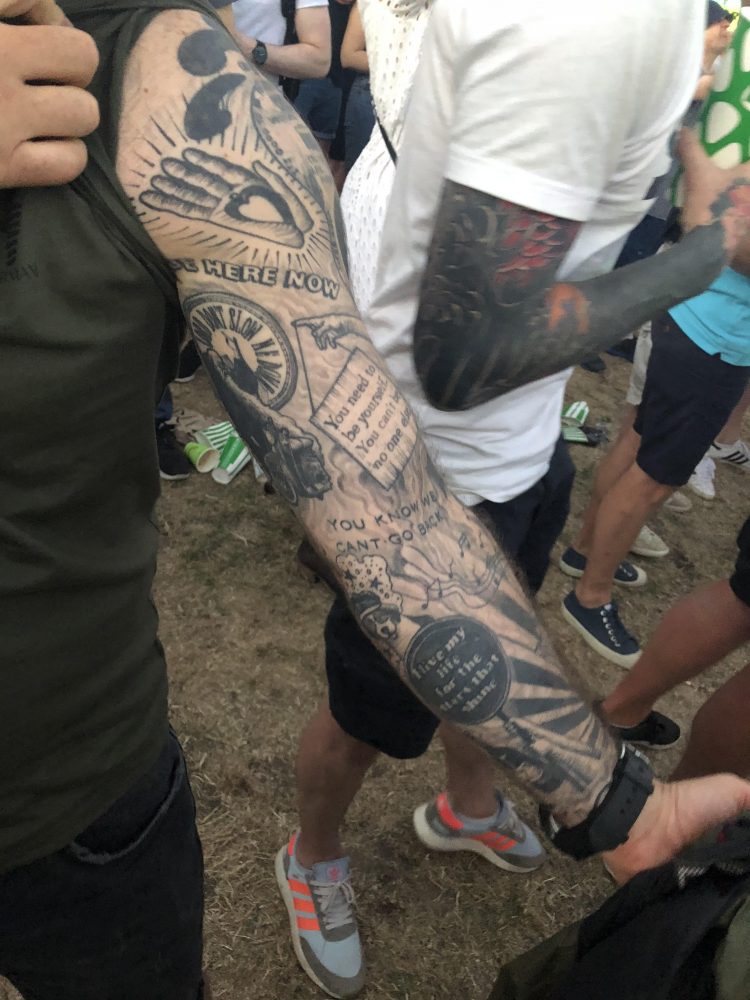 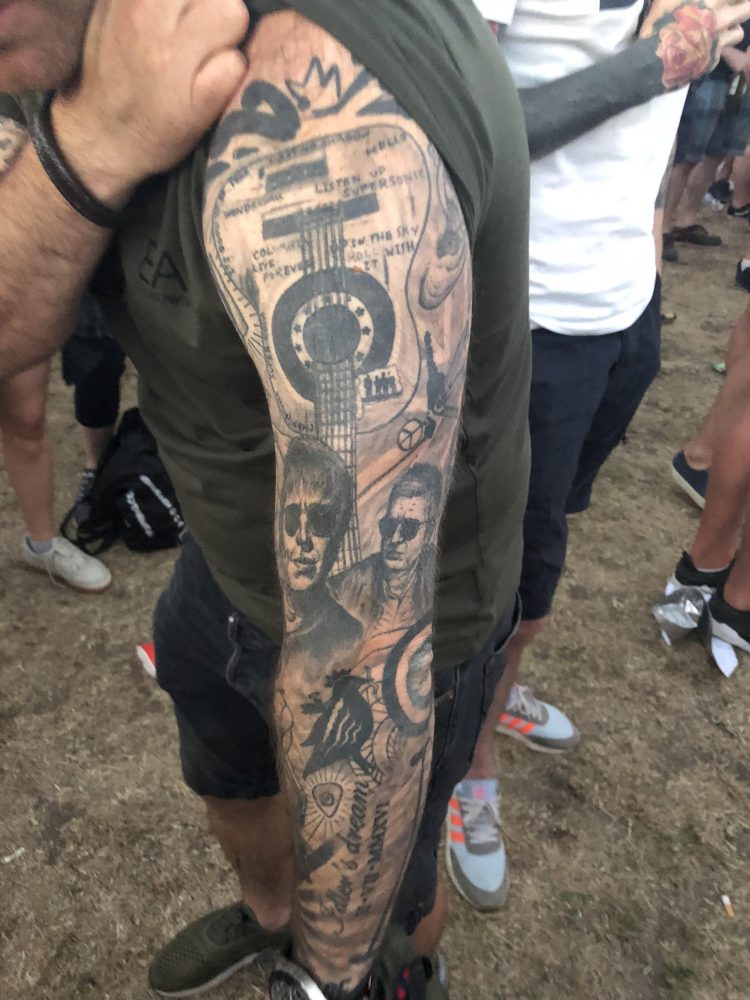 Once Liam arrived on stage after an impressive gig by Wolf Alice to get the crowd ready, he soon had everyone cheering with arms in the air. He played a mixed set, seamlessly skipping through Oasis classics such as ‘Fucking in the Bushes’, ‘Rock n Roll Star’, ‘Morning Glory’ to his own songs such as ‘Greedy Soul’ and ‘Wall of Glass’.

Numerous fans were singing along to every word perfectly however without a doubt a lot more cheers were heard from the Oasis songs that he played. By the end of the night, the crowd poured out in their masses, sunburnt and ready to head home but for some they were stuck in a pile up of fans and took far too long to get out. Festival Republic have since apologised.