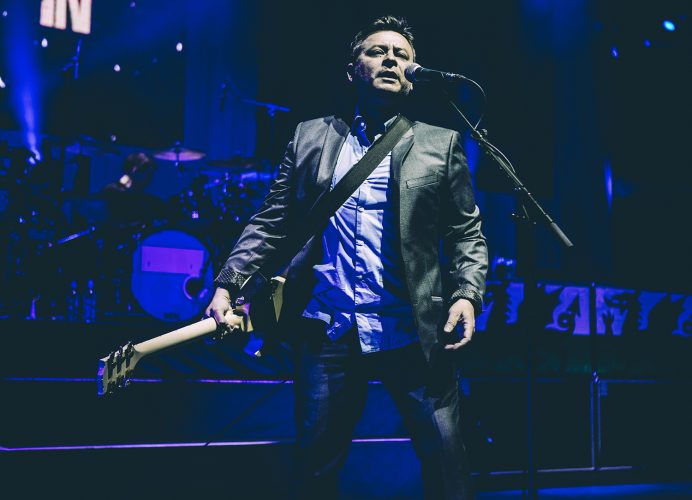 It’s unlikely that ‘Elvis Impersonator: Blackpool Tower’ would ever open a Manic Street Preachers show, but this situation that sees album track listings and live set lists mirrored is the beauty of a tour focusing on one record; In this case, Everything Must Go. As such, James Dean Bradfield arrives on stage alone, and while Nicky Wire joins looking ever the punk-inspired glam rock star (“Only reason I’m doing this tour, three costume changes a night!”), Bradfield looks as though he’s come straight from a particularly stressful board meeting.

Their roles within the band have never altered and neither has the output. ‘A Design For Life’ swiftly follows, for business as usual from the initially anti-anthemic act. Twenty years later, Bradfield’s vocal is angrier, stronger and as broad as ever, while Wire remains restless, jumping across the stage or strolling in circles of either direction. The run of ‘Kevin Carter’ (featuring live trumpet), ‘Enola / Alone’ and ‘Everything Must Go’ creates a tour de force of politics, poetry and post-punk influences, while ‘Small Black Flowers That Grow In The Sky’ – one of the few lyrics on the LP solely written by Richey Edwards – is the beautiful bitter to an otherwise sweet evening, as images of ashes accompany one of his final written recordings. 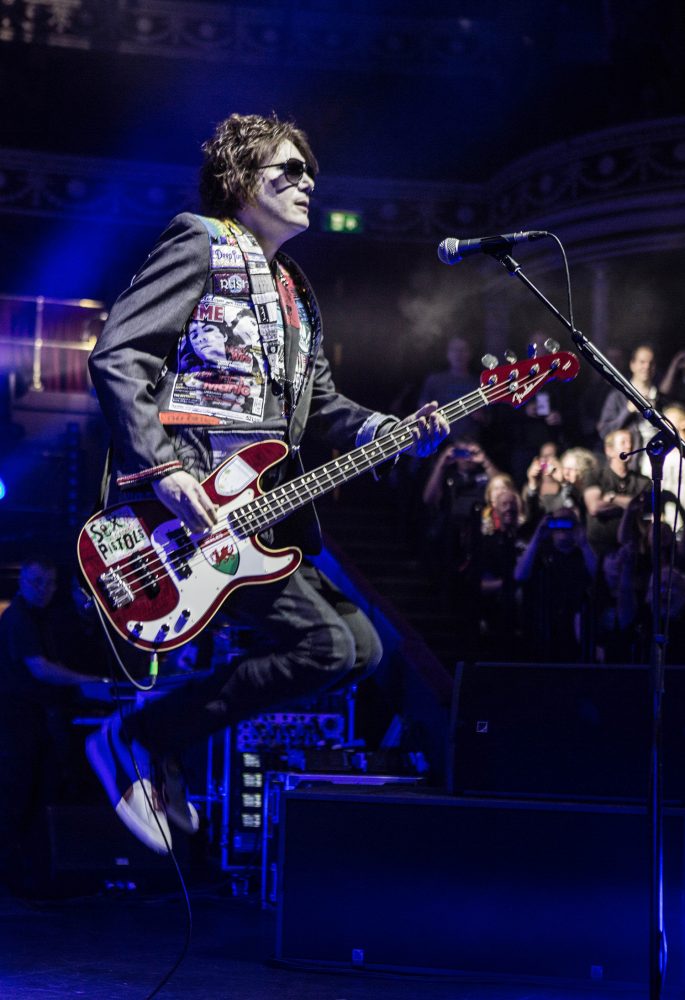 “If you mix ABBA’s ‘Dancing Queen’, Phil Spector, Richey Edwards’ cheek bones and the poetry of Sylvia Plath you get this next track,” Wire declares, before ‘The Girl Who Wanted To Be God’ surpasses its introduction, cementing itself as one of the band’s finest album tracks, while ‘Removables’ could be Britpop via The Beautiful South. Loosening as the album tracks hit double digits, Bradfield spins during ‘Australia’ like a frontman half his age, clearly joining the audience by embracing the nostalgia of the evening: “That was Britpop, that was whatever the fuck you want to call it but it was ours.” 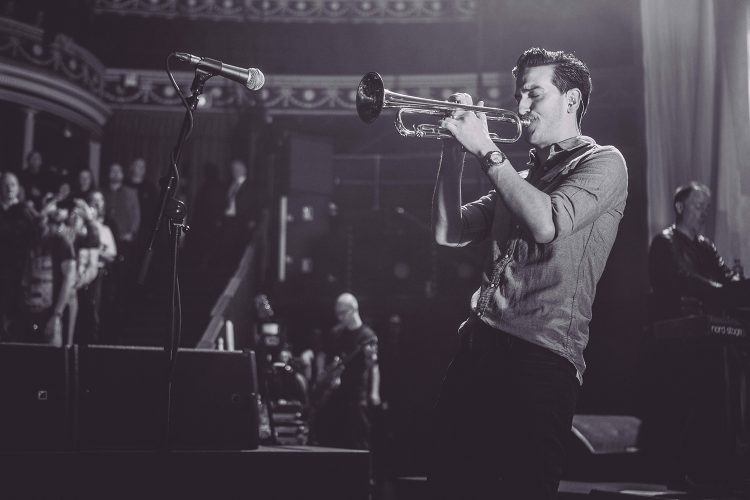 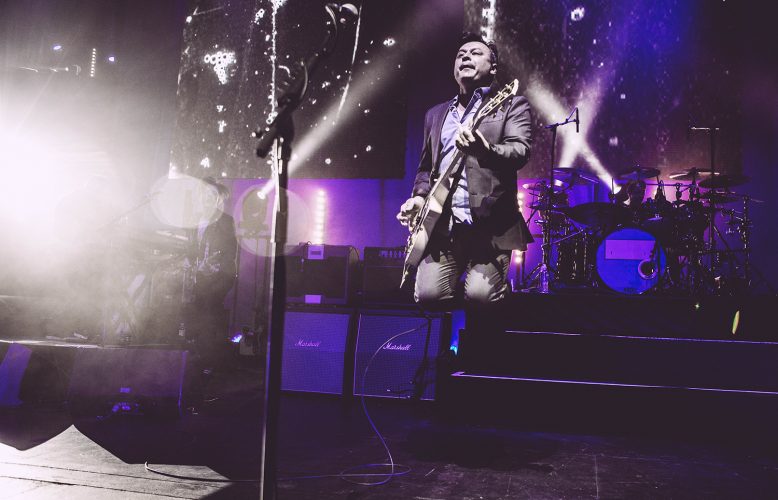 There’s some sort of trick of time when completely aware of what track to expect next, so following the run of ‘Interiors (Song for Willem de Kooning)’, ‘Further Away’ and ‘No Surface All Feeling’ (an incredibly strong one from someone who believes that an album is as strong as its last few songs), expectations are high for hits and surprises.

Once again alone on stage (“As you can tell, I’m the one who doesn’t do the costume changes”) JDB leads an acoustic singalong of ‘Theme From M*A*S*H (Suicide Is Painless)’ and ‘Ocean Spray’ (the trumpet solo giving it a Mexican flair), before ‘Motorcycle Emptiness’ becomes the number for which if you’re not standing, you’re staring at someone else’s back. ‘Your Love Alone Is Not Enough’ echoes the huge strings of Everything Must Go, while their last releases are touched upon with ‘Walk Me To The Bridge’ and “our wedding song”, ‘Show Me The Wonder’. 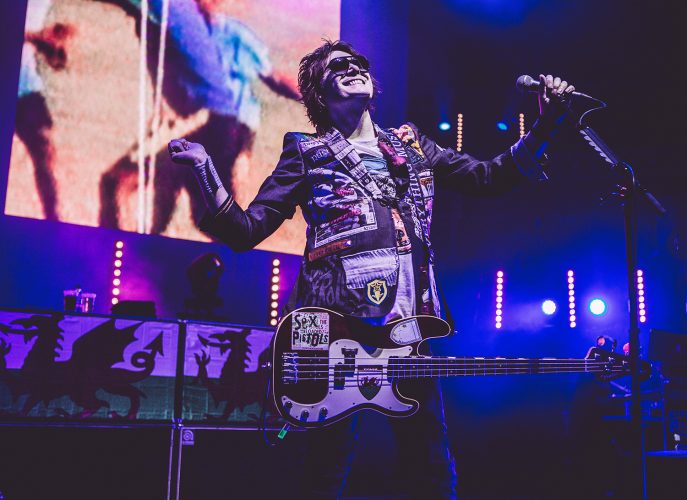 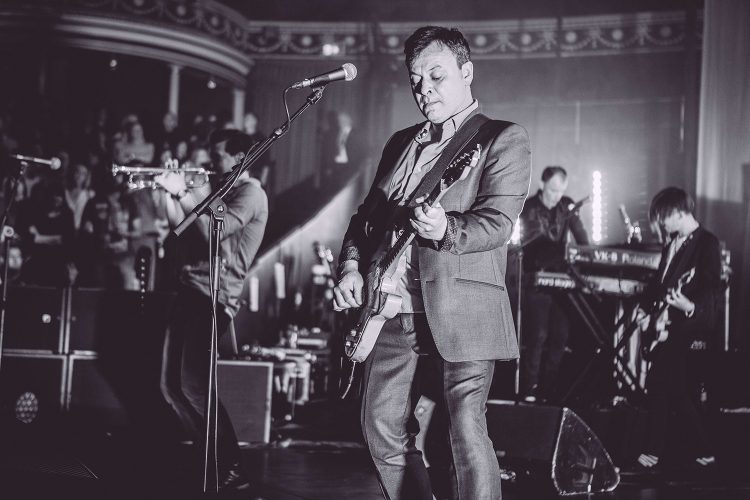 There are rarities for the super-fans too: ‘Roses In The Hospital’ from 93’s Gold Against The Soul (“Not the best record we’ve ever made but some fucking good guitar solos,” – Wire) sees drummer Sean Moore holding a strong, almost metallic in-the-element-sense beat, and there’s a bizarrely brilliant cover of Fiction Factory’s ’83 one-hit, ‘Feels Like Heaven’, which Bradfield admits they all bought from Woolworths. Clearly at peace with the sadness that surrounds the album, this is a band who’ve come from strength to strength during the last two decades: from Generation Terrorists to National Treasures and beyond Futurology, still unafraid to commentate on the wrongs in the world but able to admit that there’s cause for celebration too. 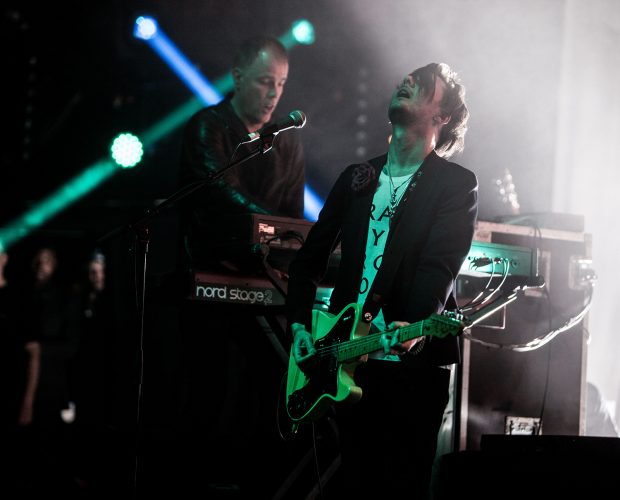 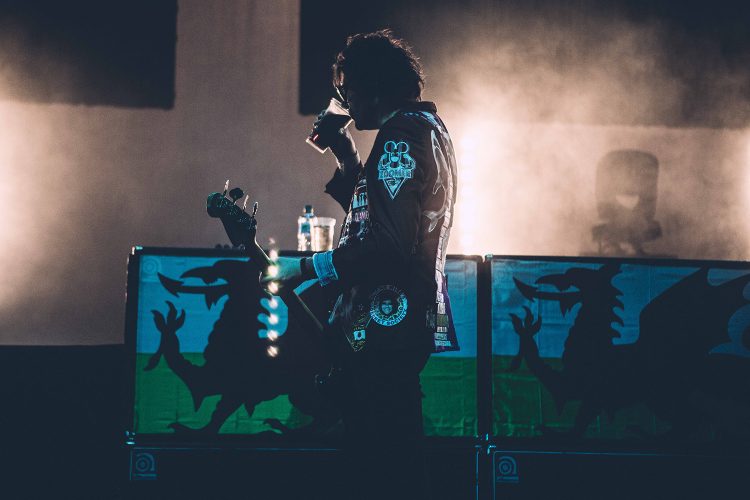 “This is beyond happiness,” Wire declares, “This is Rock ’n’ Roll delirium”, before ‘If You Tolerate This Your Children Will Be Next’ draws the 20 year celebration to a close, with the hope its album is given the same treatment in two years time. 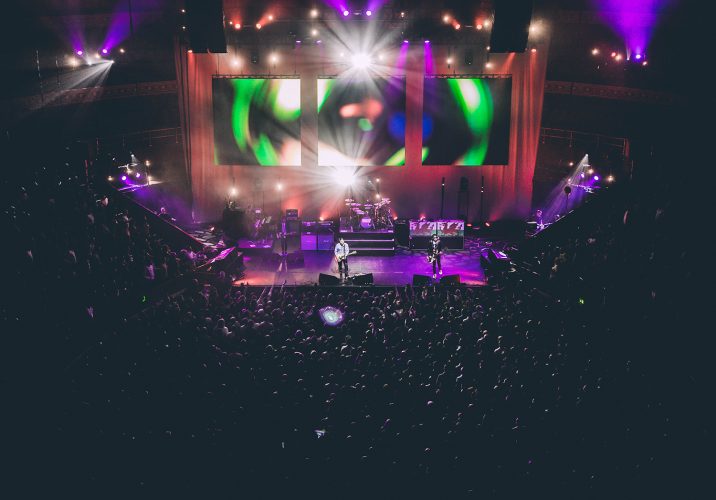 (Support came from Editors – a surprising slot considering the band’s run of five top ten albums, but welcomed nonetheless, with synths and strobes creating under the radar indie anthems, the sort Brandon Flowers attempts when channeling Ian Curtis. While there are elements of early Killers, this is a band happy to remain in the shadows as their audience dance to big beats between keyboard melodies.) 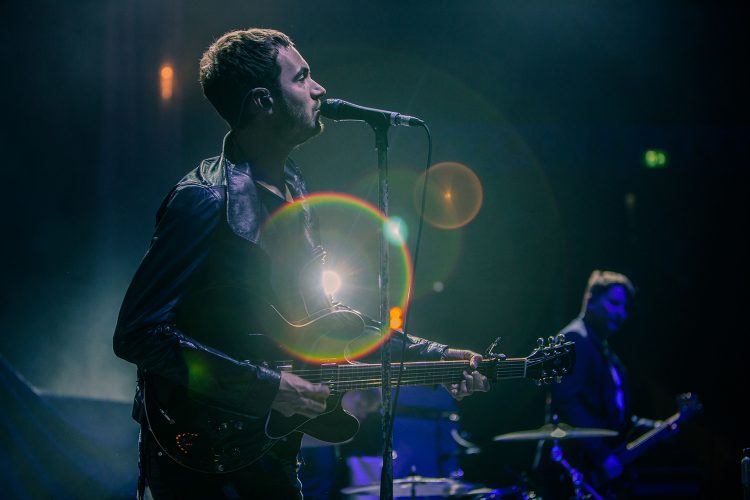 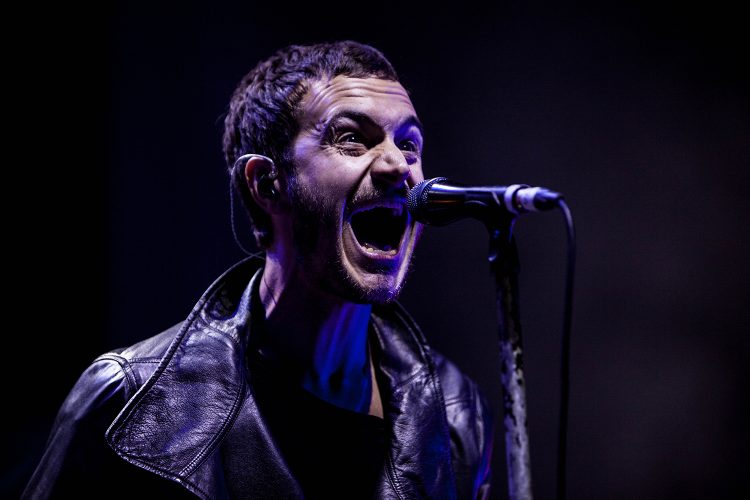 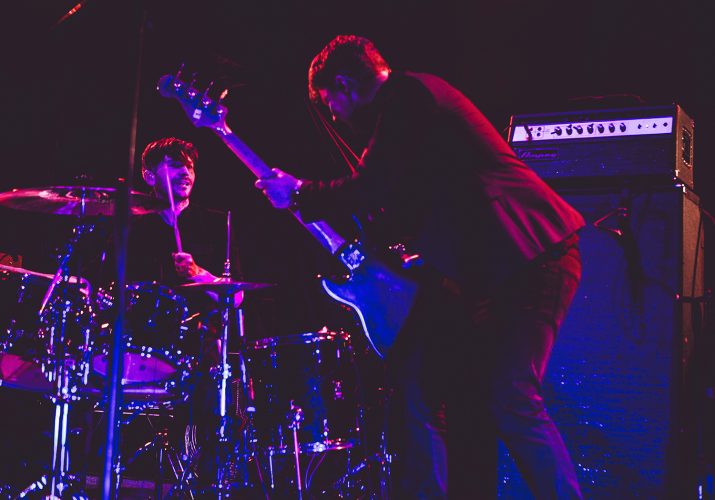 This Feeling Track of the Day : The Scruff ‘Bricks & Bottles’