Manchester’s Parklife kicked Festival Season off this weekend, as revellers put on their waterproofs and sunglasses for a party in the rain, with some of the country’s best bands and Djs to provide the soundtrack.

Undeterred by the morning’s torrential downpour, the diverse crowd assembled to experience an equally diverse line-up in the schizophrenic climate.

Saturday afternoon was made for Route 94 at the Collonade stage, curated by Drop The Mustard, set in a wooded area, with a great atmosphere and the sun trickling through the trees. Meanwhile, in tents across the usually still Heaton Park, party goers were getting in a state to a host of DJ sets from the likes of Gold Panda and Ben Pearce.

Another highlight from Saturday’s line-up was Canadian duo Chromeo who, ten years on from their first record, and still coming across as slightly tongue in cheek, delivered a fun-filled light-hearted set of cheesy synths and electro hooks.

Snoop Dogg inevitably drew in the whole crowd, and subsequently gave them everything you would expect, a polished live show and all the hits.

Sunday saw heightened security after Saturday’s alleged stabbings and drug arrests, with revellers queuing for up to an hour to get in. With a more indie based line-up, the day seemed more relaxed and laid back. The weather was still being a schizo, so between torrential rain and blistering sunshine, the acts began and the lovely act of getting wasted continued.

Sunday saw another array of DJs, both up and coming and more established acts, including British born producer and DJ Subb-an and Tensnake, aka German producer Marco Niemerski delivering a set dotted with acid house and electro.

LA based four piece, and my personal heroes, Warpaint delivered a beautiful set filled with haunting vocals and raucous crescendos, the girls thrilled a crowd strangely filled with posh girls reciting them word for word and trackie wearing boys dancing dreamily to their harmonies. 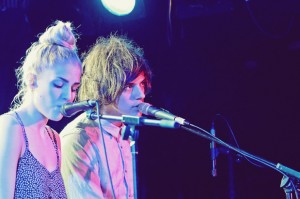 London Grammar, predictably drew in a huge crowd with their main stage slot, as did Clean Bandit, whose brilliant technical talent translated well to the massive audience – I can see them in very large venues and filling them aptly.

Public Enemy battled through the rain and a sound outage during ‘Don’t Believe the Hype’, with Disclosure bringing a blistering set to the huge audience of two day bingers, who, in true Northern style, were still going strong.

As the festival wrapped up and the after parties began, it’s fair to say Parklife may well just have outdone itself.