Paul Heaton & Jacqui Abbot played their final gig as part of Forestry Commission’s Forest Live on Saturday night, and it took them to the natural amphitheatre that is Birches Valley in Cannock Chase.

The Staffordshire sunshine shines bright and hot above the fir trees, burning the backs of the crowd as they welcome Billy Bragg to the stage for what will prove to be an hour of sunbathed satire as well as music.

Billy opens with ’91 hit Sexuality, gaining early approval with the clever changing of lyrics to “Don’t threaten me with Morrissey”, a tongue in cheek nod towards his former comrades latest controversial remarks. 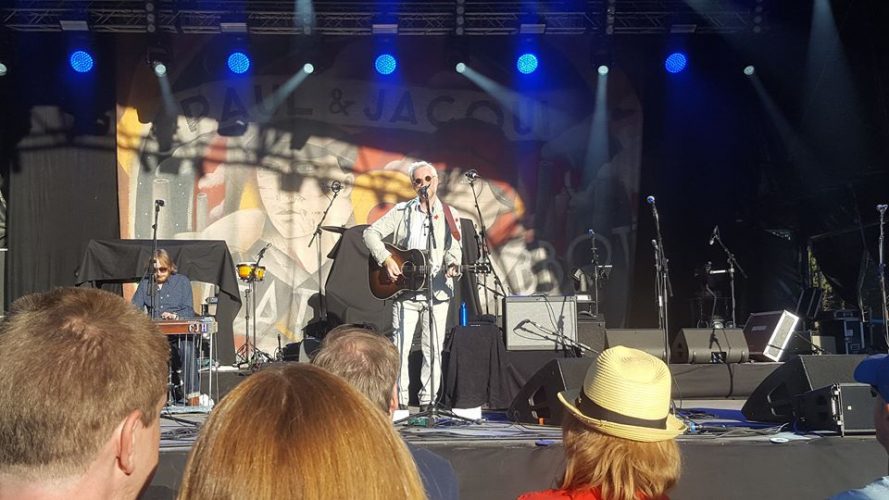 He continues to showcase his biggest crowd pleasers intertwined with the satirical wit that he has become so well known for, likening Brexit to MichyBatshuayi’s rebound shot into his own face during England’s world cup match with Belgium before launching into The Price I Pay, and Levi Stubbs’ Tears.

There is a certain tongue in cheek element to the set, as Billy’s socialist ideals expressed in There is power in a union is being played to a crowd whom at this point the majority are sitting sipping wine and eating picnics, but those down the front sing along with leftist venom.

As the set comes to crescendo with the evergreen A New England, many of the Billy contingent congregating at the front-centre of this bowl like venue are wondering if the hour long set can be topped. The early inclusion of One Last Love Song, a classic from their Beautiful South days, leaves no doubt that Paul & Jacqui are here to put on just as much of a show.

The real hit start to be unveiled from the middle of the set onwards, and as Paul makes way for Jacqui to belt out Rotterdam it really does serve as a reminder of how many hit these two have been involved with over the years.

Returning to the stage, Paul has his turn at a Bragg-esque quip about the crowd, jokingly suggesting that the ones dancing along in the middle should label those on the outskirts “Tory picnic wankers” on the way back to their cars. 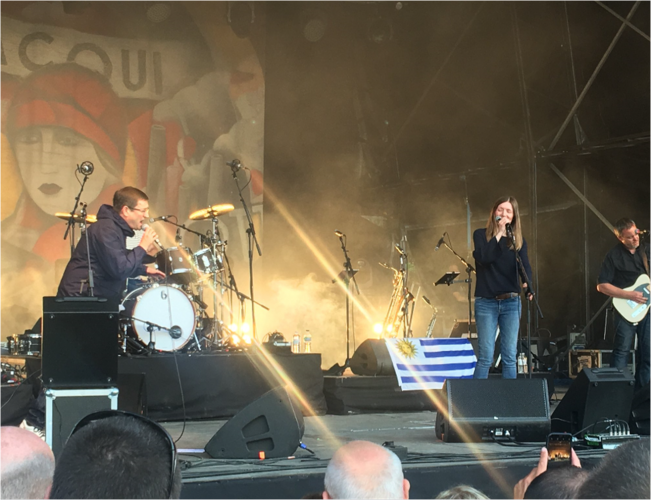 It’s great to see Jacqui back on top for after a back problem had forced the duo to cancel their Tunbridge Wells show earlier this month, and as we approach the curfew the Cannock sky dances with lights to the tune on Perfect 10, with the onlookers in the field doing the same.

There is still time for a short encore as the muggy heat finally backs down, bringing in a cooling breeze to accompany the giant inflatable balls now being pinged around the audience as the set comes to a close with A Little Time, You Keep It All In and Caravan Of Love; Some finale!

As we make our way back through the flora and fauna of these beautiful midlands fields I cannot help but be impressed with what has been put together here. Such a simple idea, but the combination of this AONB and some great booking makes for an unforgettable experience. Until next year, Cannock…

Welcome To The World Of Dentcha

This Feeling Track of the Day : Hello Operator ‘I Created A Monster’