Dance Like I’ve Got Diamonds are fast gaining a reputation for putting on some of the best shows in town. Curating much-needed female-fronted gigs to promote female empowerment and combat major UK festival promoters who seem to turn a blind eye to women in the music industry, they’ve been hosting some of the most exciting new bands around. A few months back, for example, they were responsible for a sold-out event at The George Tavern with incredible 3-tone indie-punk trio The Tuts headlining. And last Thursday at Dalston’s Victoria was no less exciting…

Getting the night of fantastic music off to a sweltering start is London trio Long Teeth. Oozing their gritty post-punk anthems, Jade Ellins and Sam Asbury front the band perfectly with their harmonies in sync, their guitars driving and their droll, insightful lyricism running seamlessly alongside thrashing beats. They’re utterly engaging to watch, and, as they close their set with (“a song about what the world might be like if Jeremy Corbyn were to win the election“) the raging glory of ‘Pangea’, I’m left feeling desperate for more. 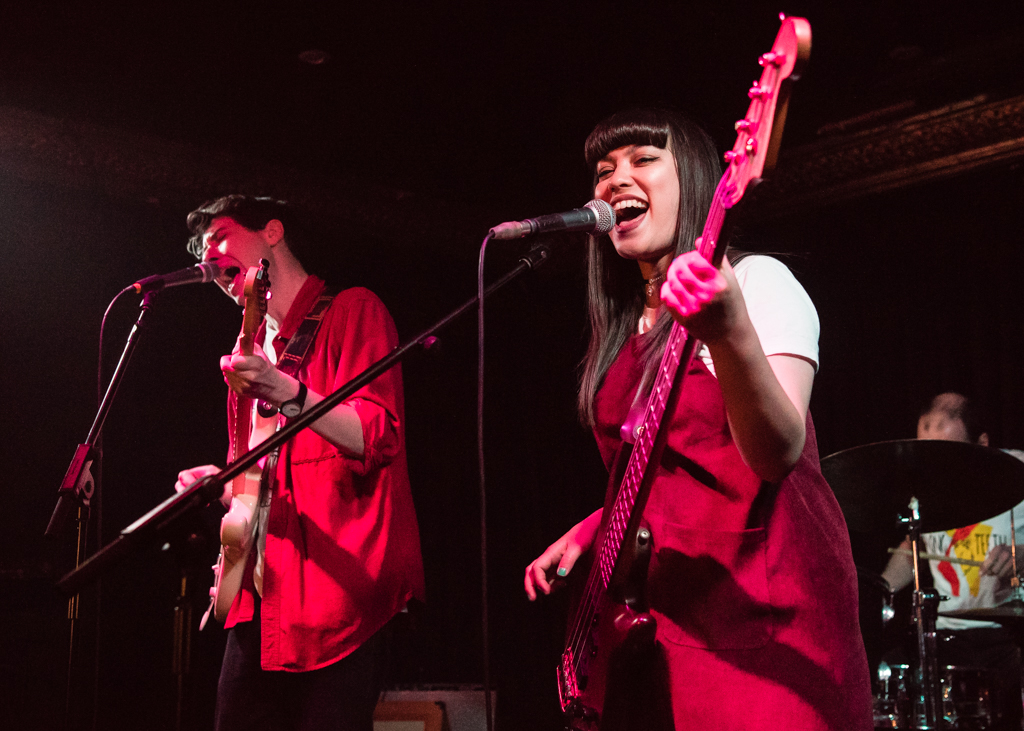 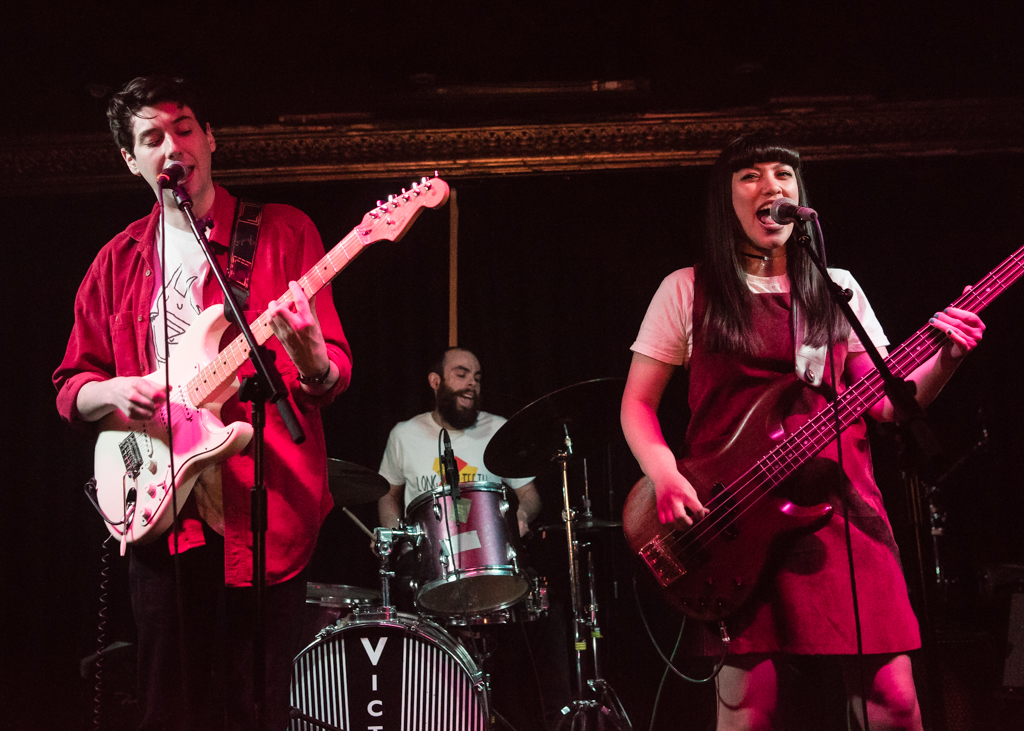 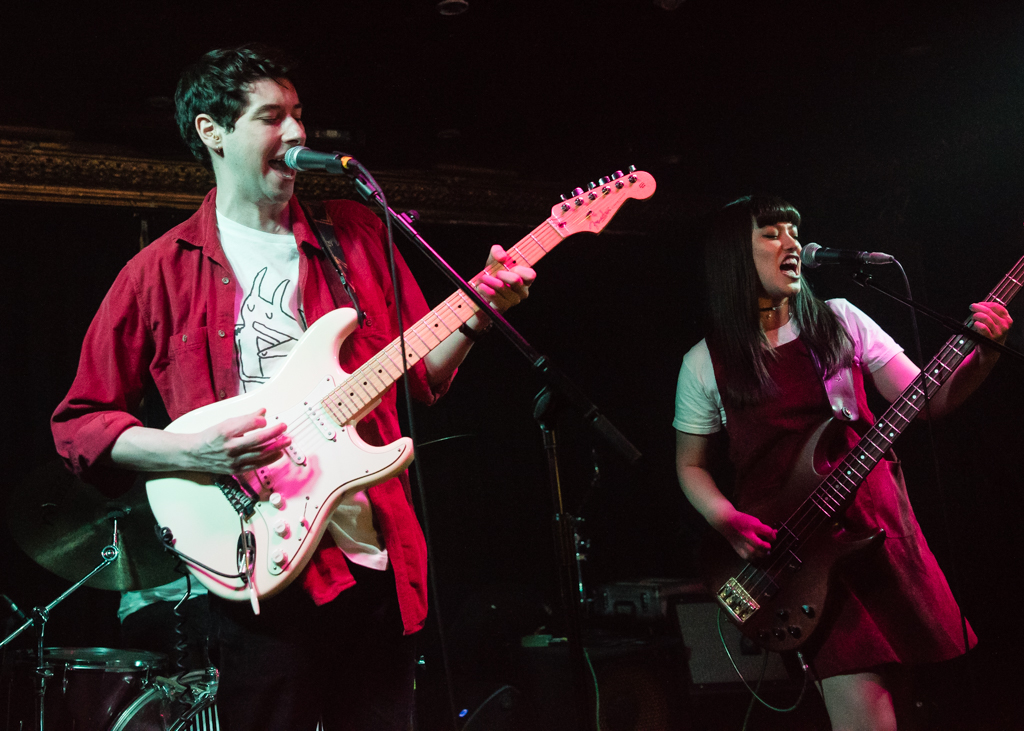 Next up is the simply awesome The Nyx. Exuding their intense raucous energy, these four women deliver an utterly electrifying and truly empowering set. Fuelled by a riotous passion, The Nyx once again prove why we’ve repeatedly deemed them ‘ones to watch’ here at Gigslutz; they’re a force to be reckoned with, an intense blast of ferocity that we need now more than ever. As I sing along to every word of set-closer ‘Fire Breathing Lady’, I can’t wait to hear what this band have in store for us next. 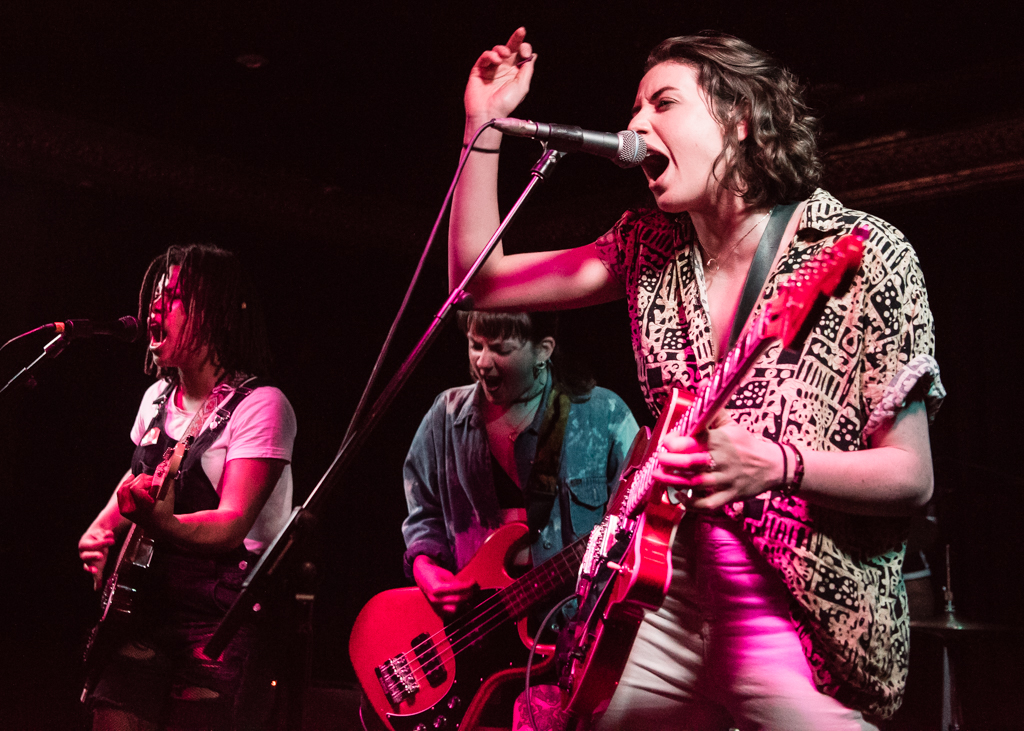 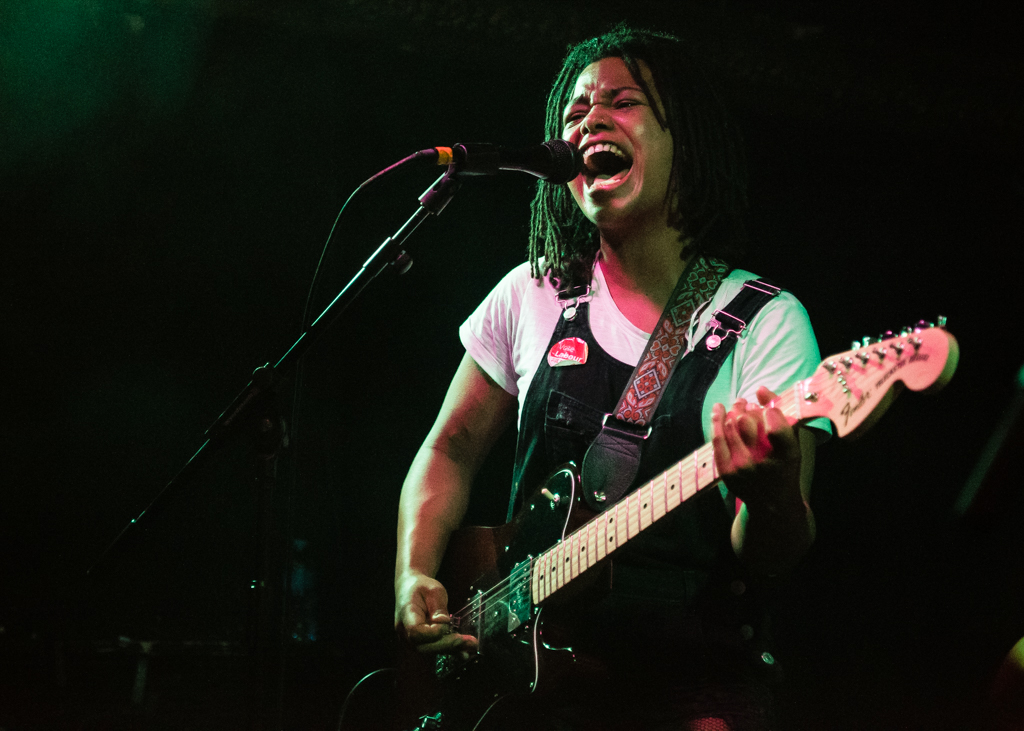 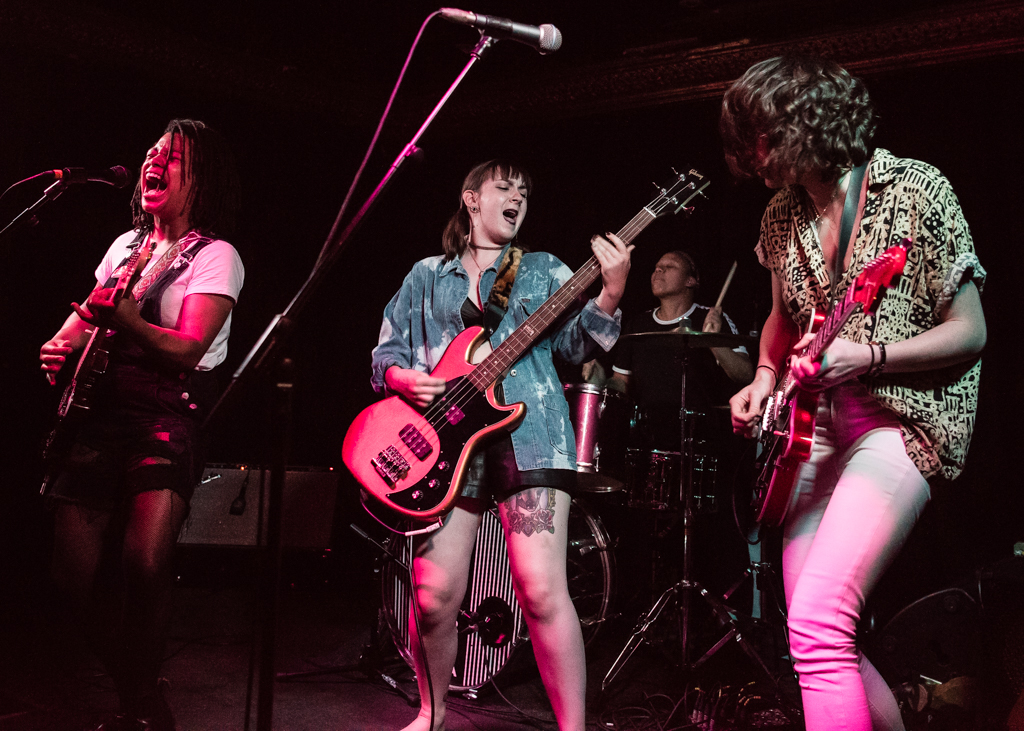 Penultimate band of the night is riot-grrrl inspired Ghost Car. Oozing their whirring, jangly melodies and honey-sweet vocals in juxtaposition with a subtle, dead-pan power, they’re pretty captivating to watch. Alongside eerie, ethereal soundscapes, they deliver catchy hooks with a fuzzy energy, immediately drawing you into their unique brand of sparkly post-punk. 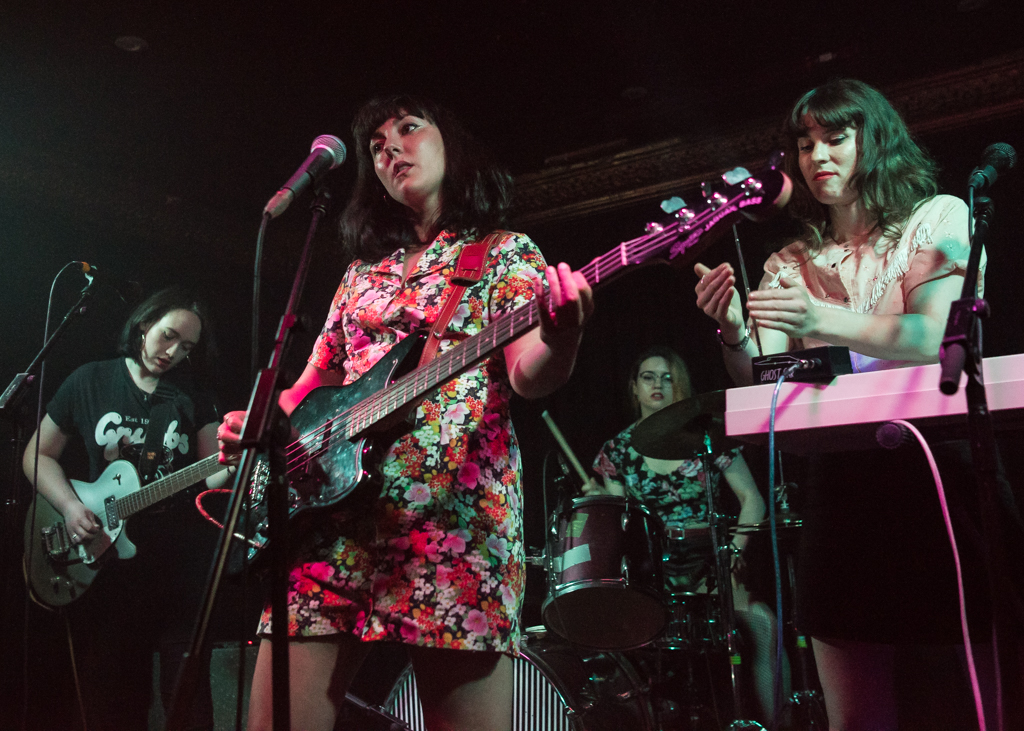 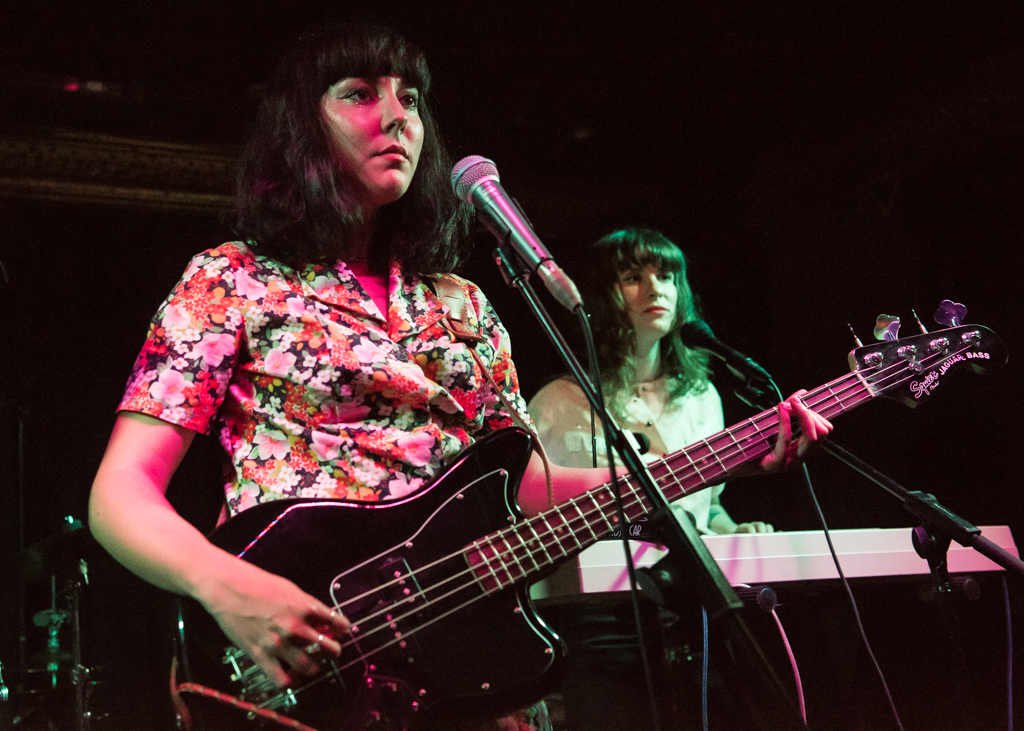 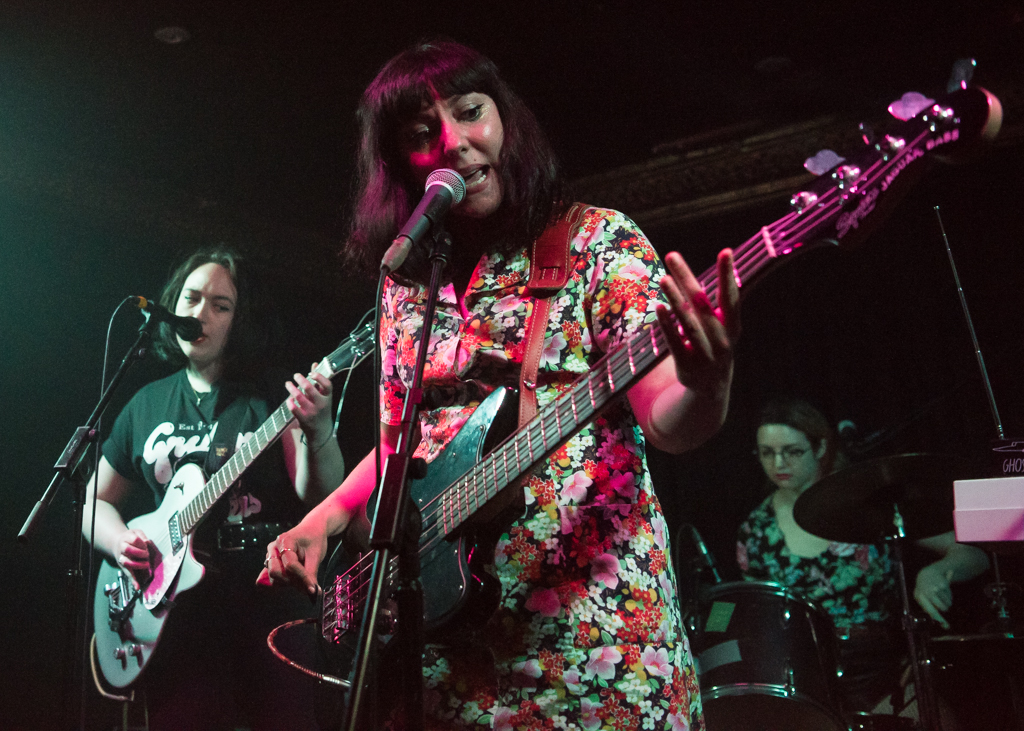 Having recently supported the likes of Garbage and The Kills, headliners The Pearl Harts have already built quite a name for themselves. And, upon witnessing their racing, gritty garage-rock first hand, I can see why. With their pounding beats, thrashing riffs and raw, impassioned vocals , the duo seethe with an intense energy, creating a huge sound that is set to be stadium-filling in no time. 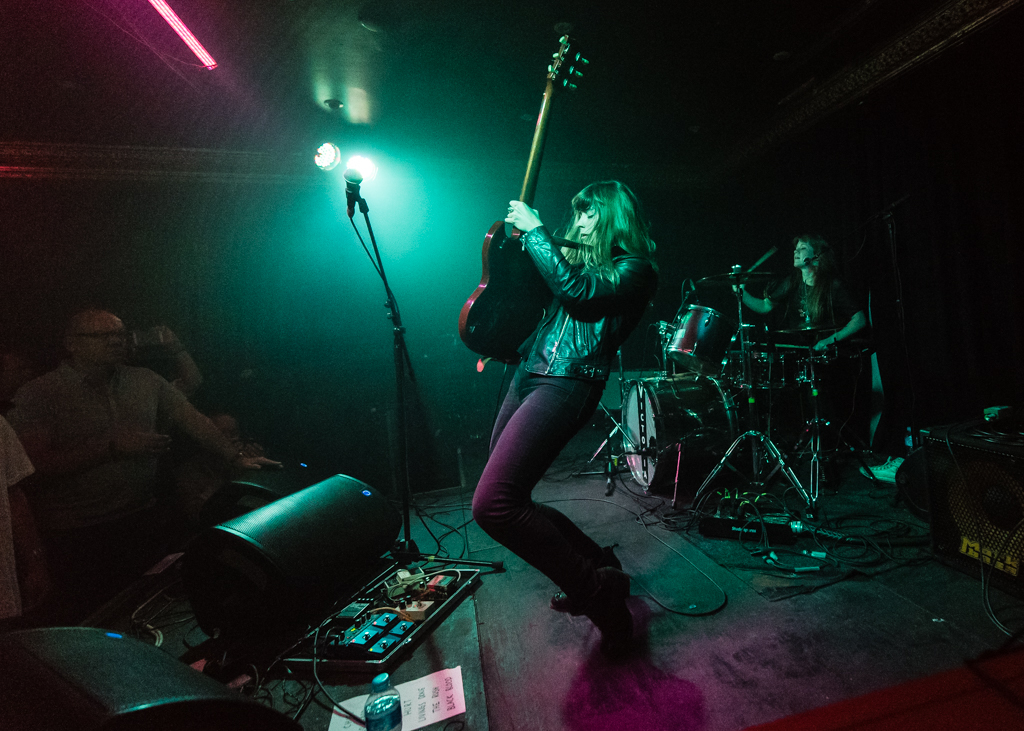 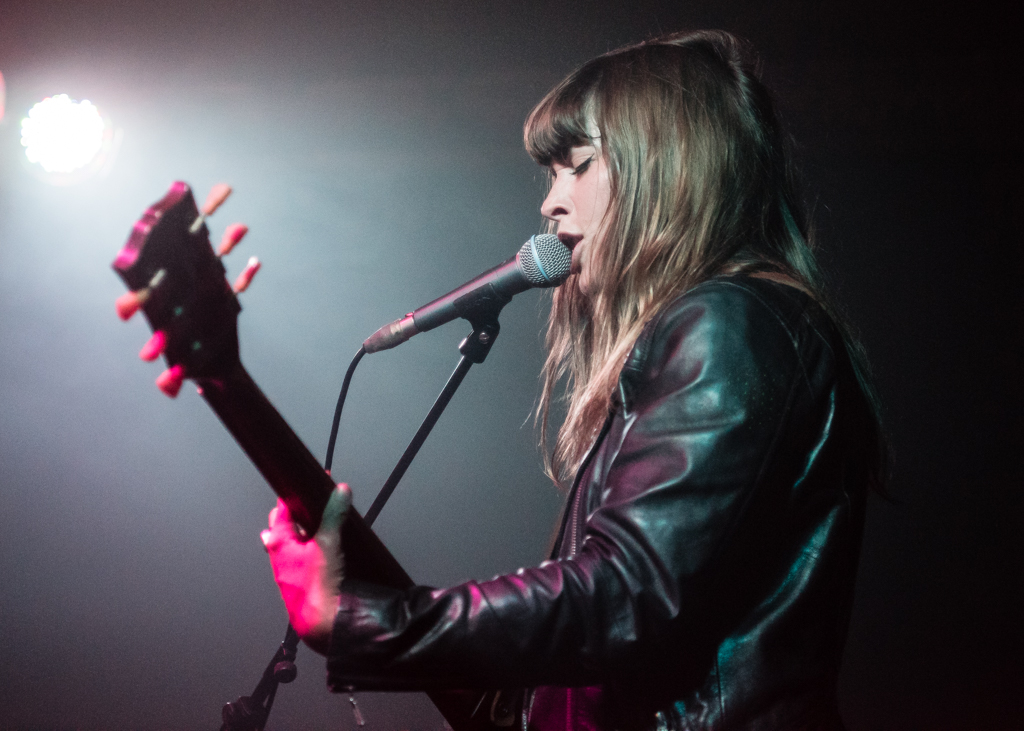