Amidst a shoal of recent, less relevant reformings and regurgitations, a live comeback worth making is happening tonight at Manchester’s Castlefield Bowl.

Welcome back Mad Richard! Ex-Verve frontman Richard Ashcroft takes to the stage with a swagger that bares his impenetrable self-belief, a quality some of the crowd would probably like to bottle and keep. Wearing a ‘I Heart MCR’ Tee, his signature glitterball jacket also makes a welcome re-appearance a year after 2016’s sparkling, but lower-key, Albert Hall gig. 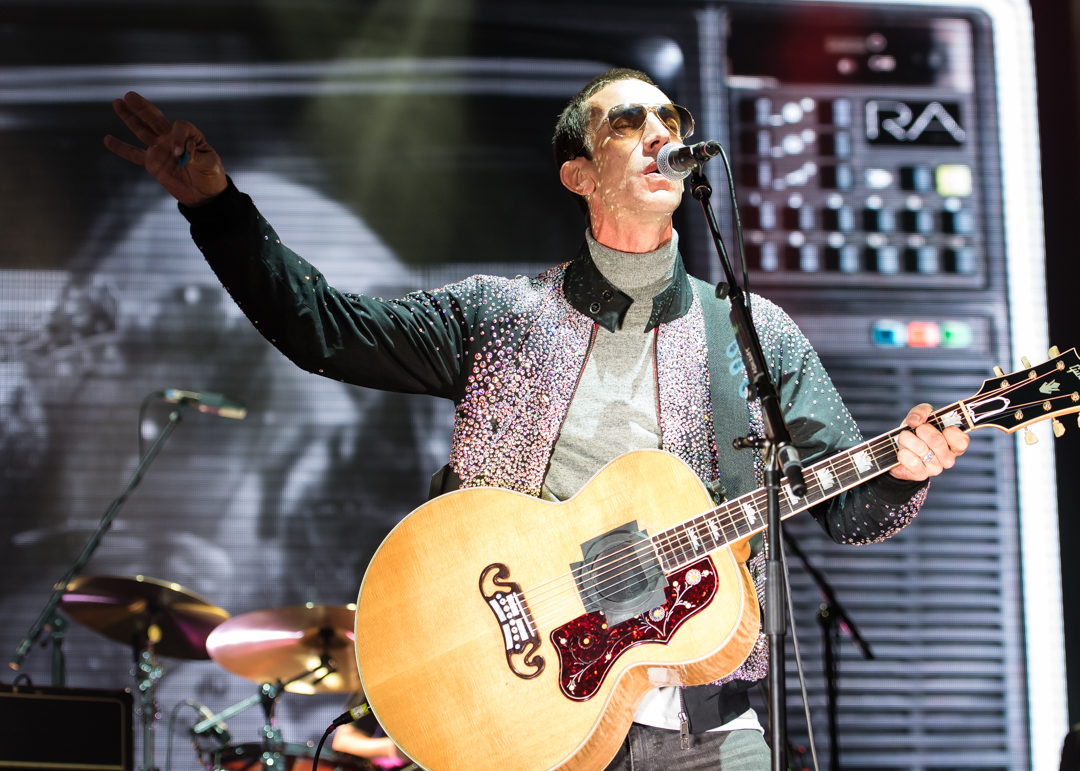 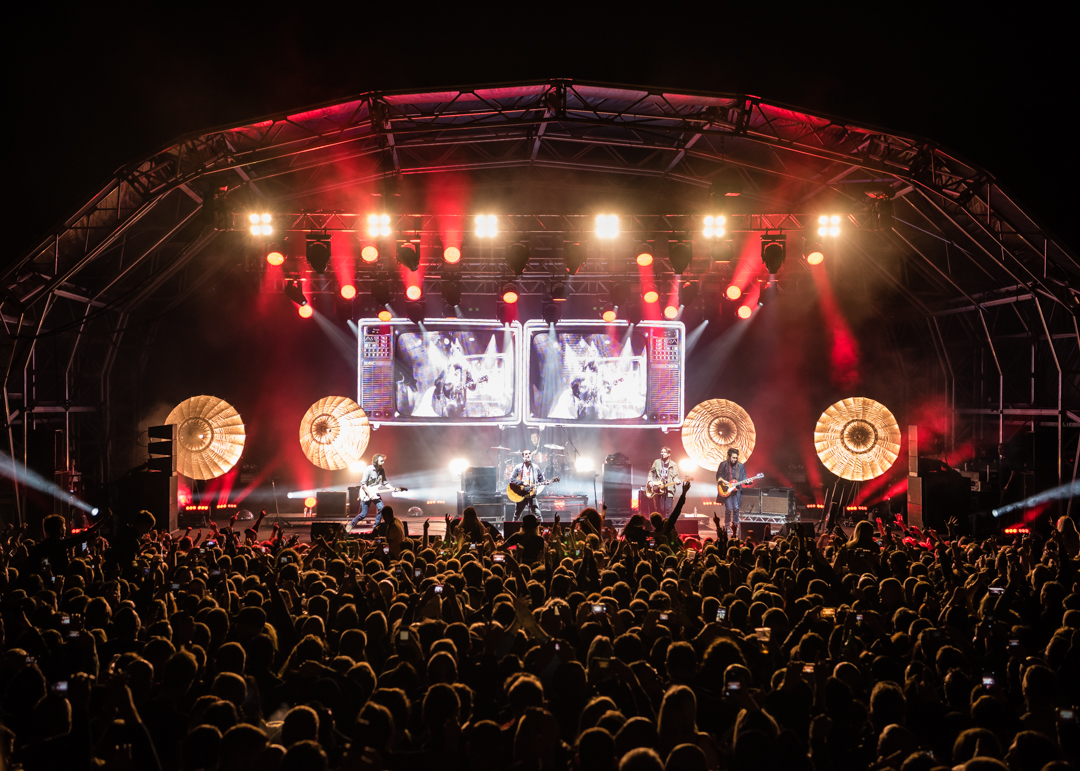 Opener ‘Out of my Body’ from 2016’s These People is swiftly followed by the sweeping Verve-fan favourite ‘Sonnet’. A few scraps start to break out down the front as the crowd gets over-excited and pushes forwards.

The next song is dedicated to Lee Scratch Perry (tonight’s main support), who moseys onstage half way through the brilliant ‘Space and Time’ to say hi! 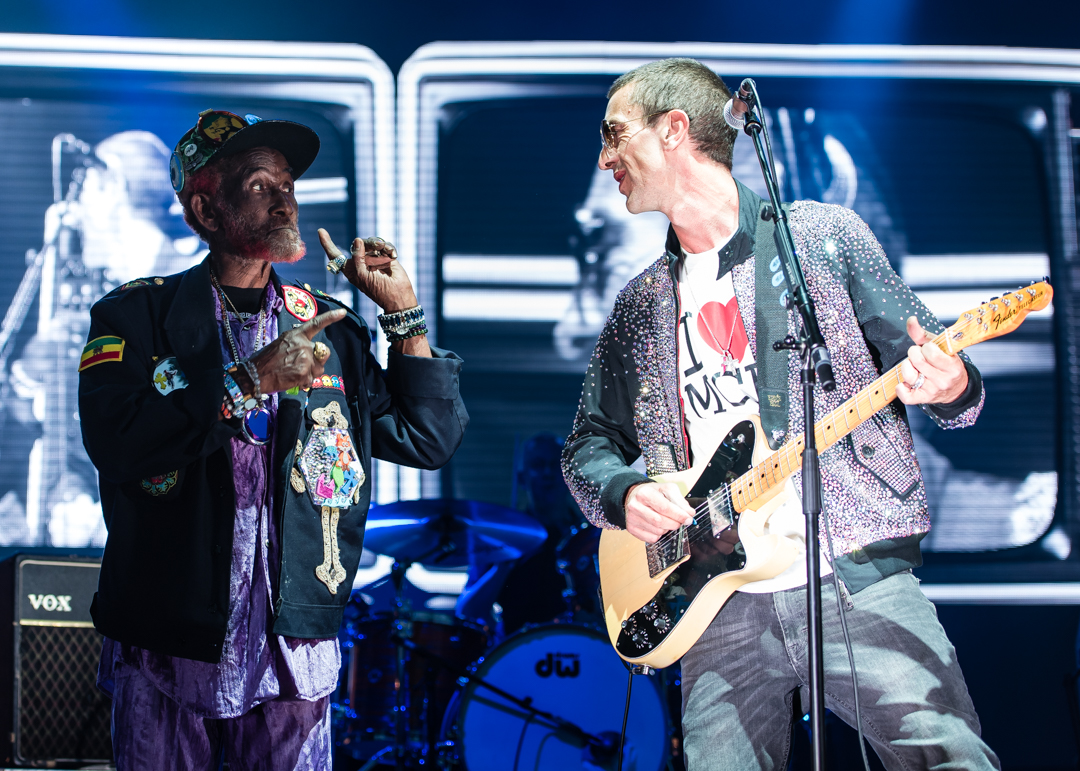 The set spirals upwards through a back-catalogue of solo material including the stirring ‘Song For Lovers’ (another dedication – this time to peers Marr, Ryder, Mani, Reni, Squire and Brown), ‘Science Of Silence’ and the soulful ‘Music is Power’.

With vocals as robust as ever and a presence which few frontmen can equal, Richard takes on the subtly brilliant Urban Hymns track ‘Velvet Morning’. A moment of poignant contemplation, before ‘Lucky Man’ unites and conquers even the tussling scrappers we saw earlier. His words hold a relevance that seems to resonate with every single 20, 30, 40 or 50 something Mancunian in the bowl tonight. 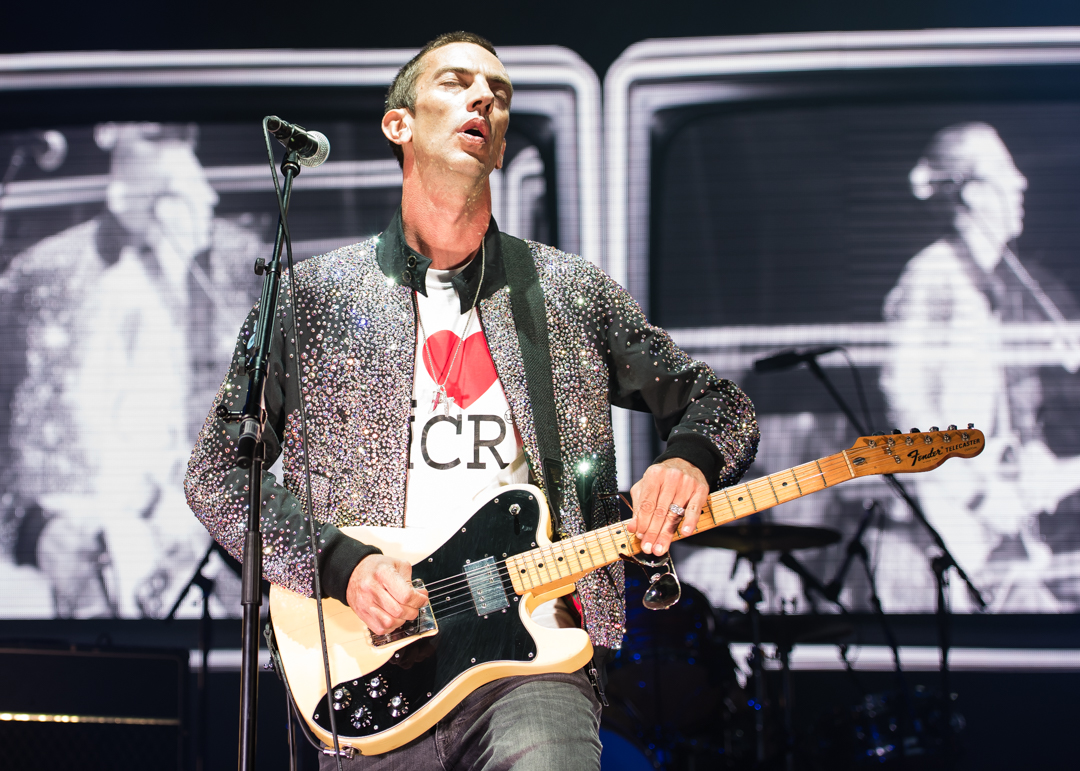 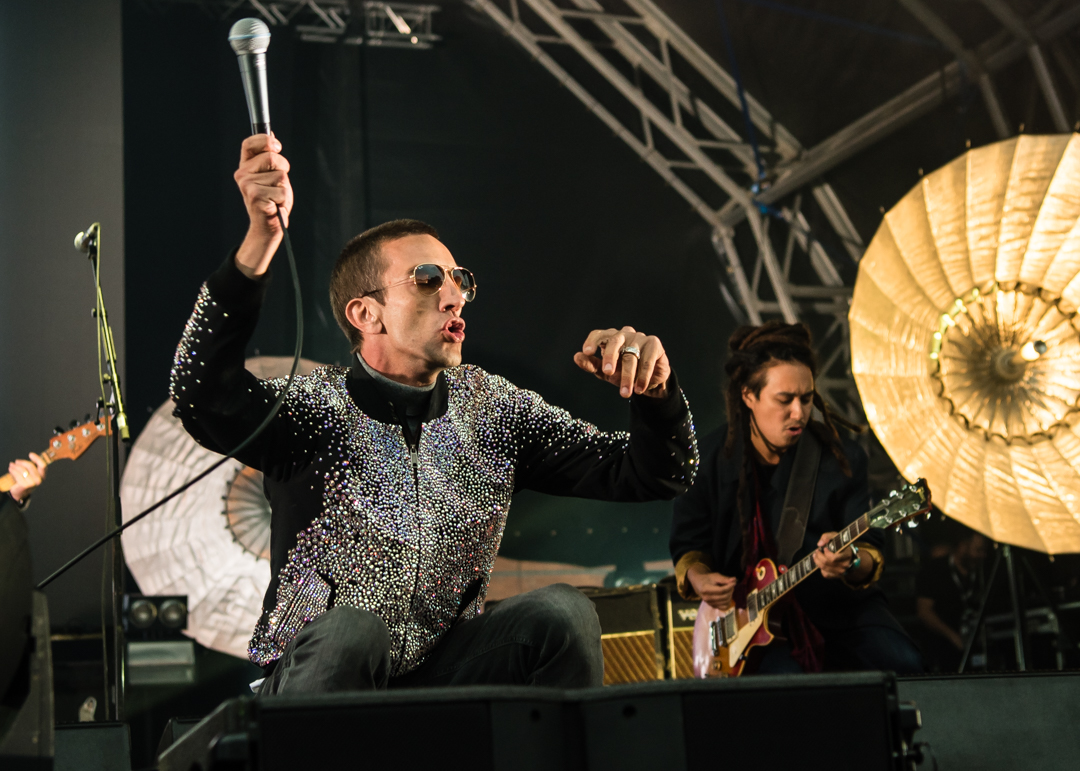 A brief interlude, then onto a beautiful solo-performed ‘Weeping Willow’. The set closes with ‘The Drugs Don’t Work’ and ‘Bittersweet Symphony’, and even the hardiest Northern Soul joins hands and melts into the adoring choir. Wigan’s finest export has made an epic return. 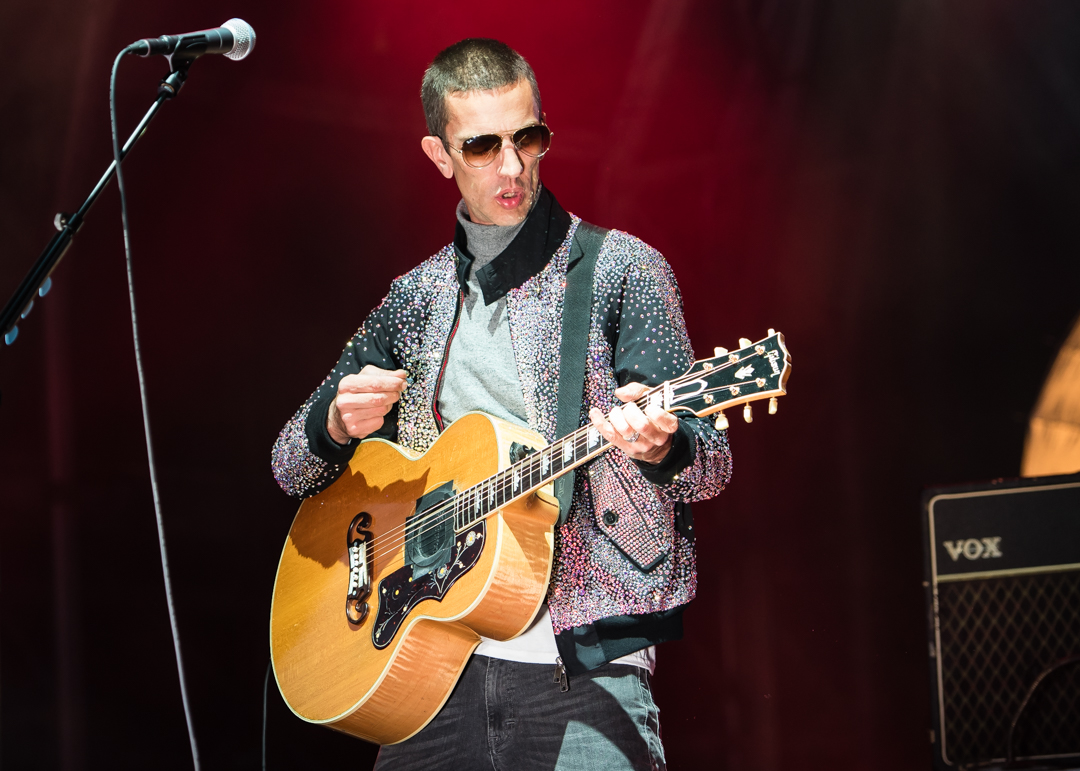 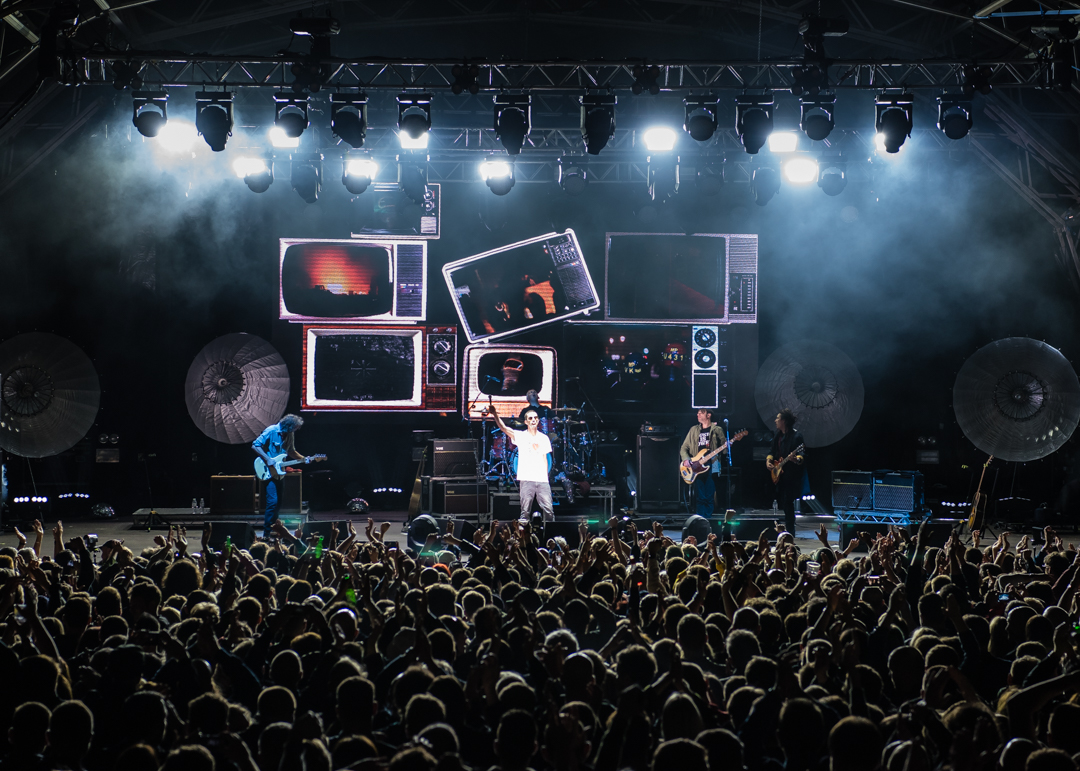 It’s nearly two decades since the Verve’s triumphant Haigh Hall homecoming gig, and tonight, 20 miles from where he was born, it feels like Ashcroft isn’t merely dropping by for a cuppa, he’s here to reclaim his place in a current musical climate that quite honestly needs more people like him.

WATCH: Baby In Vain – ‘To Heaven And Back’