Wednesday night’s gig at Hammersmith Apollo was Placebo’s second sold-out date in the venue, and was also the final show of the UK leg of their massive Loud Like Love tour, which has been going on for nearly two years. A number of things happened during this time, the most recent being the departure of drummer Steve Forrest, which left the core duo of vocalist Brian Molko and guitarist-bassist Steve Olsdal in need of a fourth live support member, which they found in the face of their previous live drummer Matt Lun. The tour also coincided with their 20th anniversary; a fact which did not make their concerts the least bit retrospective, with the focus firmly set on their latest album. 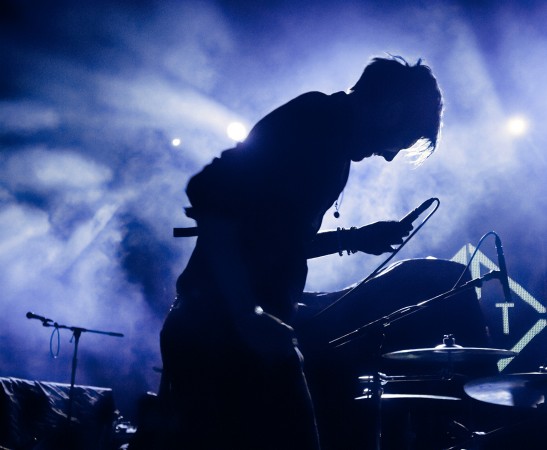 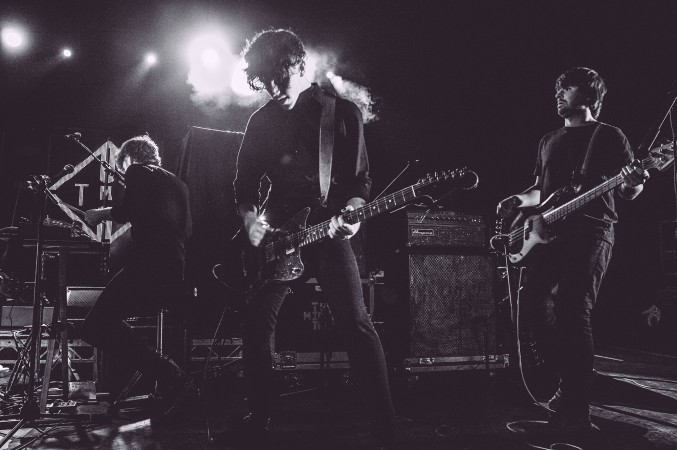 Their Hammersmith gig was opened by The Mirror Trap, an alternative band from Dundee that became known for supporting Placebo on the Russian leg of their tour. They worked their support-act job to a very decent level, performing fast and melodic indie songs that, while not a huge novelty in their own respect, were pleasant to the ear. However, all throughout their gig, I found it hard to give them my full attention, as the anticipation of something bigger to come hung heavily in the air. 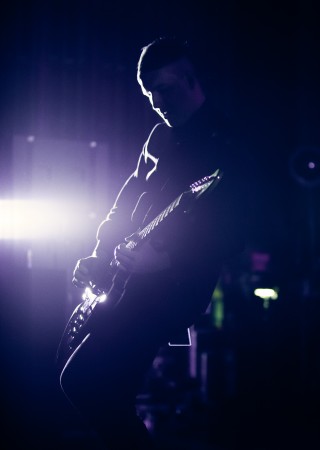 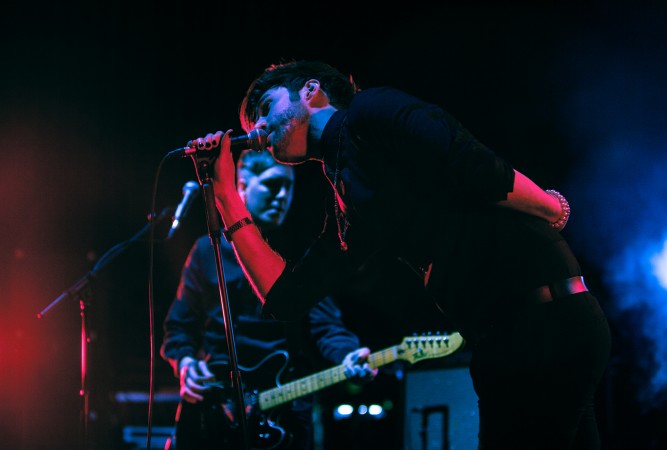 Half an hour later, Placebo came onstage under loud cheers to open the gig with ‘B3’. While it’s true that the song has been around for a while already, it is still a piece of their latest material, with its edgy electronic elements being far off from the instrumentally-pure classics off their previous albums. Yet, the audience’s reaction was as welcoming as it would’ve been if they had opened with, say, ‘Pure Morning’ off their 1998 record, like they had done the night before. And it not only remained this way for the next two songs – ‘Too Many Friends’ and the tour-eponymous ‘Loud Like Love’; but throughout the whole gig, the crowd cheered and shouted the band’s name ecstatically at every single song. 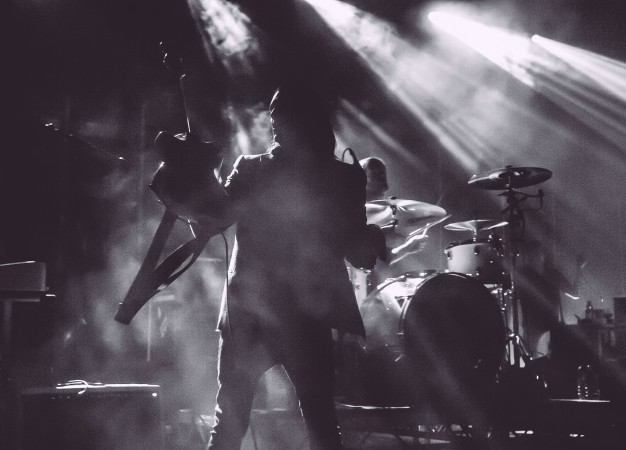 This was very telling of this band’s fans’ unshakeable loyalty, as Placebo relied for this gig largely on their newer material, which has significantly evolved from that of their early records. And while for any other band this would have been a risky affair, for them it worked incredibly well. In fact, they are one of the few bands that could have pulled this off: they seem to have found the golden medium between experimenting with new styles and yet not changing too much so that their new material is still unmistakeably theirs. A proof of this was that, during the gig, even euphoric songs like ‘Purify’ worked just as well as old melancholic hits of the likes of ‘I Know and ‘A Song To Say Goodbye’. 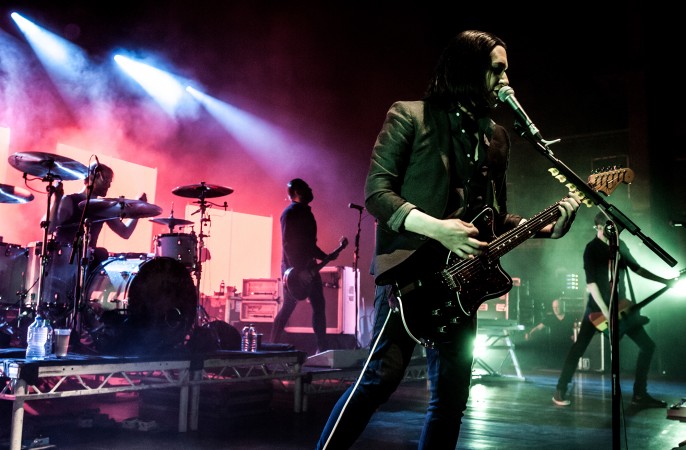 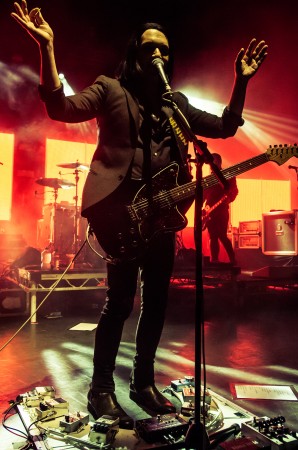 It is also their approach to centring their music around the lyrics that has ultimately gathered them an almost religious following. Placebo are not a band you can listen to casually; their heartfelt lyrics of deep confessional nature require you to stop immediately whatever else you’re doing at the moment, and really listen. And this is how, for twenty years now, Brian Molko’s heartfelt sung stories have been soul food for all the beaten and the damned, the misfits and the misunderstood, and the generally unhappy with their lives individuals, which has prompted these people to follow the band willingly in whatever direction they venture. As a former Placebo-addicted angsty teen myself, I can completely testify to that. 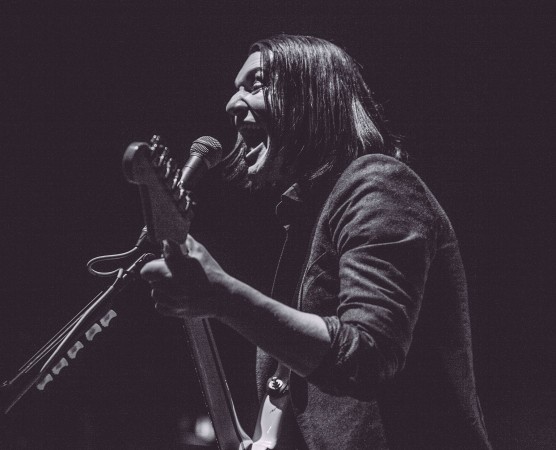 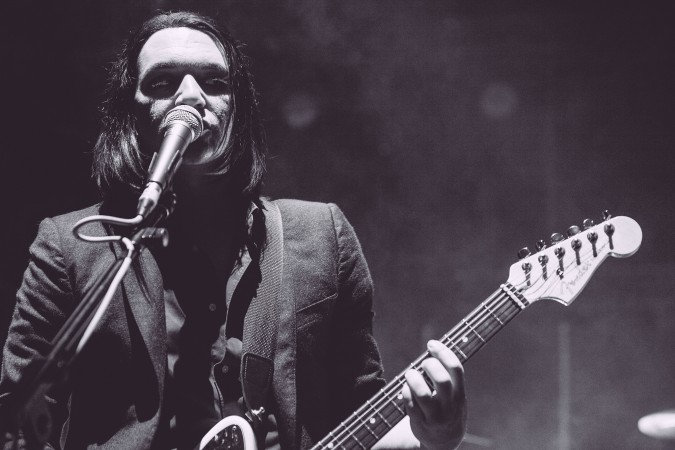 It must be noted, however, that they did make the effort to please their loyal audience and play songs that made their old fans fall in love with their music in the first place. ‘Every You Every Me’ was inevitably played, along with crowd favourites such as ‘Special Needs’, ‘Meds’ and ‘Special K’. By the time it was time for ‘The Bitter End’ to close the main part of the gig, the emotions that these had stirred in the audience were almost palpable. For me these were a strange mixture of euphoria from finally hearing live the songs I loved so much, and lyric-induced melancholy. The encore finished with the twisted brilliance of ‘Post-Blue’ which nearly left me in tears as it is an old-time favourite of mine; and ‘Infra-Red’, before which Brian Molko promised that he would come back for us, quoting the song’s lyrics that “He will find us” – which I can safely say that everyone in the room was hoping he would. 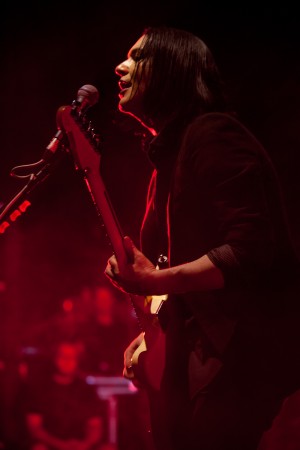 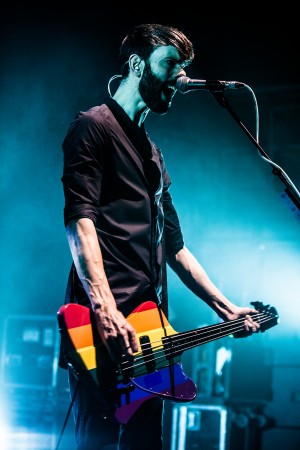 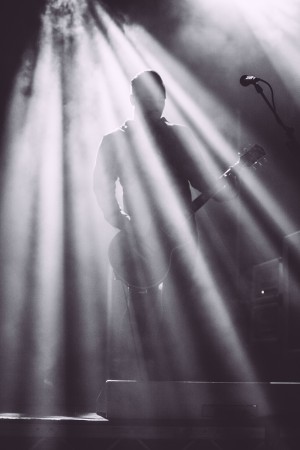 Wednesday night’s gig was a night of raw emotion – by the end the hall was filled with couples embracing and ecstatic fans throwing fists in the air. And although Placebo are now a band that have gone through decades of numerous label and line-up changes and various other fractures; they did not show the smallest sign of wearing down, and the energy they displayed will be enough to last them for another twenty years.

View all posts by Mariana Nikolova →