Monopolising on Glasto’s sabbatical, Primavera really outdid itself last week. With arguably the best line-up on this year’s festival circuit, a view of the sea and consistent sun to boot, revellers truly were spoilt. Here are our highlights:

Kicking things off on one of the two opposing main stages (an ingenious idea whereby something was always happening on one, whilst the other was set up for the next act), it seemed only fitting that it was Madrid-hailing four-piece Hinds who got the party started. Resplendent in garish eyeshadow and decked out with anti-Trump stickered guitars, the girls blistered through their entertaining back catalogue as well as selections from recent second album I Don’t Run to frenzied fans.

Ushering in the evening with a gorgeous sunset slot, the achingly cool and exceptionally talented Warpaint, bathed in warm rainbow lighting, showcased their characteristically intricate melodies and soaring vocals. Coping well and laughing off technical difficulties, the crowd lapped up lilting old tracks such as ‘Billie Holiday’ whilst also demonstrating an affinity to recent album Heads Up.

Barely containing his elation, Unknown Mortal Orchestra frontman Ruban Nielson wasted no time with pleasantries, jumping into the crowd guitar-and-all during the very first track, much to the alarm of on-hand security. Old classics were weaved with offerings from new album Sex & Food, proving the equal prowess of ‘Hunnybee’ and ‘American Guilt’ in the live setting. Naturally it was the anthemic ‘Can’t Keep Checking My Phone’ that closed the set.

Confirming Cave is perhaps one of the most captivating musical personalities of our time, Nick Cave & The Bad Seeds made for an immersive 90 minutes. Stalking the stage in a black three piece, exaggerated 70s collared white shirt and slicked-back black hair, the foreboding ‘Jesus Alone’ commenced proceedings. A growling rendition of ‘Red Right Hand’ later both prompted a change of both pace and light, as the previously gloomy stage glowed a fantastic scarlet and a sea of hands stretched up as Cave flirted with the front row.

For many, punk intellectual and former Ariel Pink collaborator John Maus was the first stop today. The high-octane efforts did well to cajole the somnolent spectators, as more mellow tracks were transformed and sped-up, accompanied by a writhing Maus. Tearing at his hair and clothes, mouth agape and jaw jutting in time to the synth-pop soundscape, standout contributions included ‘Outer Space’ and ‘Cop Killer’.

Having had their luggage lost in Chicago, The National apologise for their clothes that they bought in duty-free, but do point out the flashes of orange in honour of Gun Violence Awareness Day back home in the US. The set is a fairly melancholy one and more packed than expected after fellow headliners Migos miss their flight(!), but the band are unphased and take their time over ‘Day I Die’ and ‘Bloodbuzz Ohio’. Pausing before closer ‘About Today’, Berninger dedicates the track to late Frightened Rabbit frontman, Scott Hutchison.

I’m loathed to paint a reductive view of Haim as they are impossibly accomplished musicians and have an exceptional output, but in addition to that, part of the appeal for me is the aesthetic of their three-piece. Something to do with the dreamy combination of formation drumming, swishy hair and silver leather flares, which is at the forefront of their live performance tonight. Between playing older songs as well as a smattering from the swaggering Something To Tell You, the girls playfully shout dating advice at the crowd.

Uplifting piano-pop pioneer and Surrey-born Rex Orange County (or Alexander O’Connor to his ma and pa) serenaded jaded festival-goers, pulling them out of the depths of their hangovers and considerately turning attention to his heartache – rather than any headaches. ‘Sycamore Girl’ even saw a guest appearance from O’Connor’s girlfriend who provided some sublime vocals. Other standouts included ‘Sunflower’ and ‘Corduroy Dreams’. 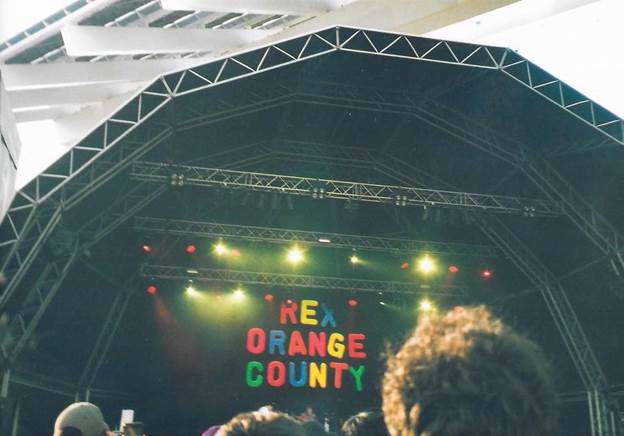 Despite a handful of dismissive reviews, my favourite being the Evening Standard’s shade,

‘At best, it’s soothing, sunny fare ideal for that Spotify playlist you called “Sunday vibez”. At worst, it’s Jamiroquai in a hotel elevator’, there was a sizeable crowd gathered for Tom Misch. Whether it was the strategically placed stage-side bar or the (fulfilled) promise of a guest appearance from a certain Loyle Carner to join in on the likes of ‘Water Baby’, the performance was a satisfying, genre-hopping affair.

Having cut my teeth on the UK festival circuit, I’m well-versed in pushy crowds and had naively assumed that although Primaveraattendees were largely Brits, the rare and sustained sun exposure had stupefied them… That was until Arctic Monkeys took to the stage. 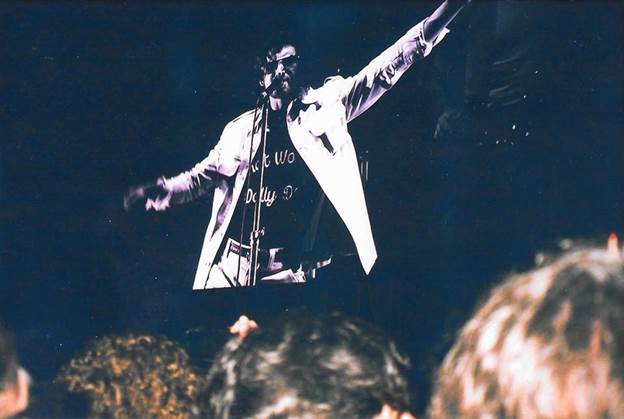 Purring ‘Prrrrrrriiiiimaverra’ at regular intervals, Alex Turner was every inch the deliciously slimy showman in an off-white suit, intent on converting Tranquility Base Hotel and Casino skeptics. And for the most part, he succeeded, boldly opening with ‘Four Out Of Five’ and later including the titular track, perhaps surprising himself with the triumphant audience participation on lyrics ‘Mark speaking, please tell me how may I direct your caaaaall’. Elsewhere in the set, the band eschewed the more piano-led for some AM and other older classics.

Ripple Red Presents… Gold; celebrating a year like no other with Goldsmiths

This Feeling Track of the Day : Gaz Coombes ‘Wounded Egos’