The O2 Academy in Brixton has been the venue of choice for bands like the Sex Pistols, The Clash, Arcade Fire and various other legendary bands, so an initial thought that lingered in the back of my head was: “How exactly are a duo with one album to their name going to fill out this MASSIVE venue?!” However, all doubts evaporated into thin air within the first minute of their set. But, before I get to how intensely electrifying Royal Blood were, first up were Mini Mansions – an eerie psych-pop band featuring Queens of the Stone Age bassist, Michael Shuman. 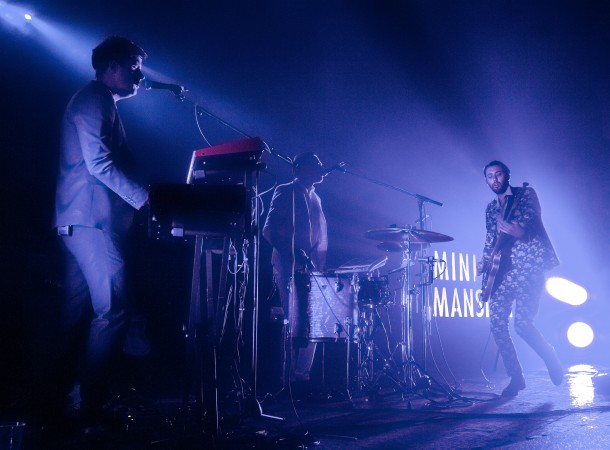 With funky suits being the order of the day, they kick off proceedings with ‘Vertigo’, their latest single and a track that contains a verse from Arctic Monkeys front-man and professional Elvis impersonator, Alex Turner. Fans waiting with bated breath to see if he’d make a surprise appearance are left disappointed, but the song loses none of its slickness, even with the absence of Turner’s dulcet tones. 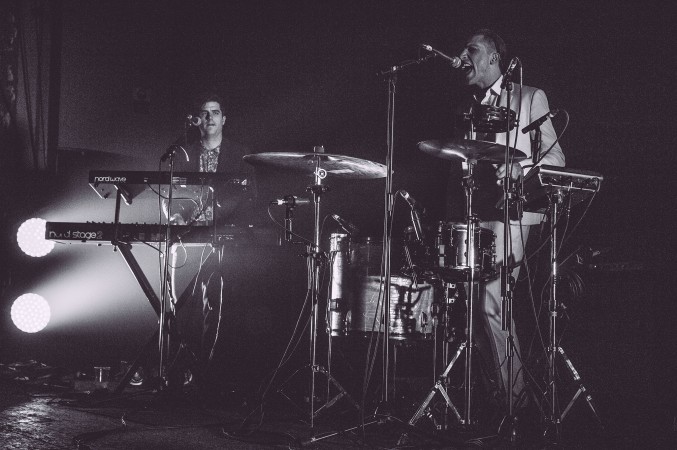 The rest of their set showcases their fully formed stage presence (would be foolish to suggest a member of Queens of the Stone Age lacks stage presence), their musical prowess and their arsenal of radio-friendly tunes that are most likely set to hit the airwaves in the UK in due course:  particular highlight is a dark take on ‘Heart of Glass’ – the Blondie classic.

Mini Mansions leave the Brixton Academy stage after a blistering version of ‘Freakout!’ – apparently a track that bears similarities to “that Scissor Sisters song”, according  to a member of the crowd – and the sense of anticipation for Royal Blood amongst the 5000-strong audience increases tenfold. 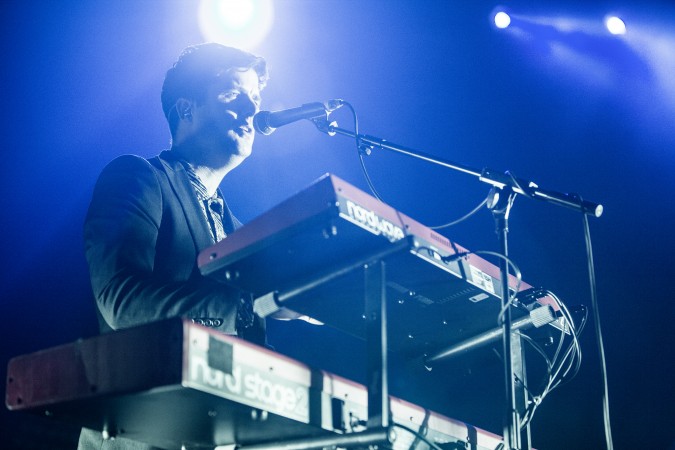 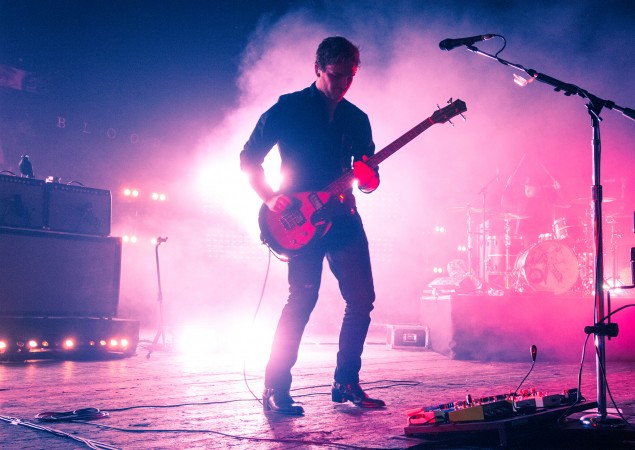 Mike Kerr and Ben Thatcher take to the stage to the soundtrack of thunderous cheers, and dive straight into non-album track ‘Hole’ with circle pits and heavy moshing ensuing left, right and centre. The duo then drop the riff heavy ‘Come On Over’, much to the delight of the crowd who lap up every distortion-filled second.

Something that’s refreshing to see is the sheer enjoyment on the faces of the two – you can tell that their meteoric rise to stardom has genuinely astounded them but they’re here to enjoy it while it lasts. 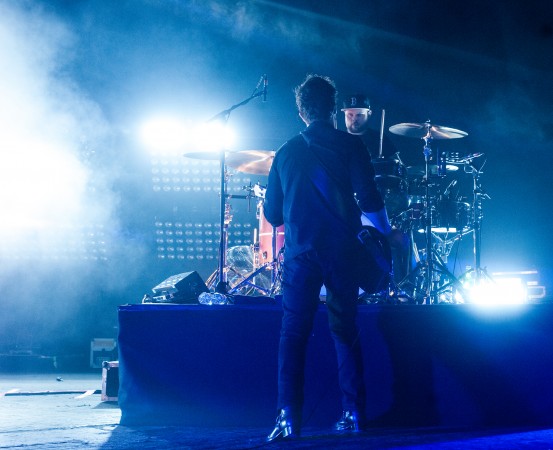 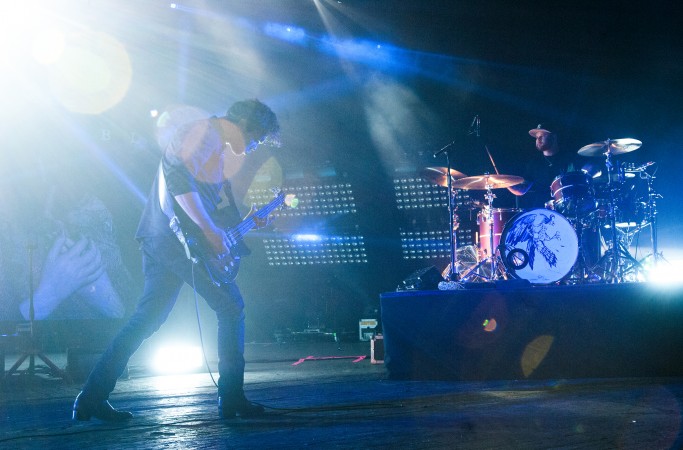 Next up was ‘You Can Be So Cruel’ in which Mike Kerr does his best impression of Josh Homme, it probably brought back some memories for QOTSA/Mini Mansions member Michael Shuman. Continuing to draw from their album – with the exception of B-side ‘You Want Me’ – Royal Blood delivered big-time, especially when the thunderous ‘Little Monster’, the track that well and truly propelled them into the eardrums of the mainstream world, made a very welcome appearance and had 5000 people in unison while singing the chorus.

Their most recent and lesser known B-side, ‘One Trick Pony’, is another highlight with the Page-esque intro mystifying the whole venue before the song fully kicks in and grabs the metaphorical balls of the crowd. Upon hearing this live, I’m instantly hit with the thought that this particular song should’ve definitely made it on the album, but I suppose it did alright without it? 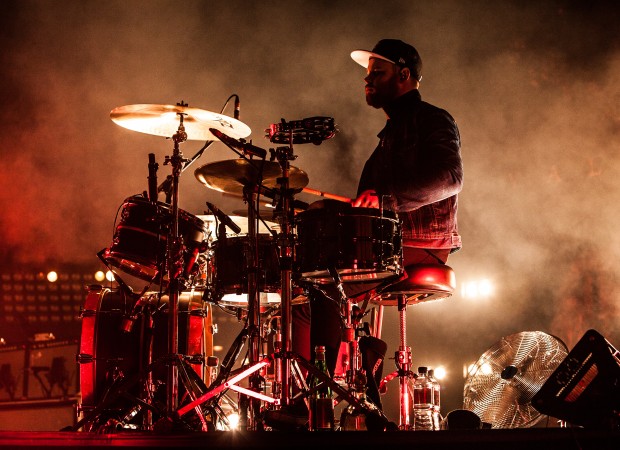 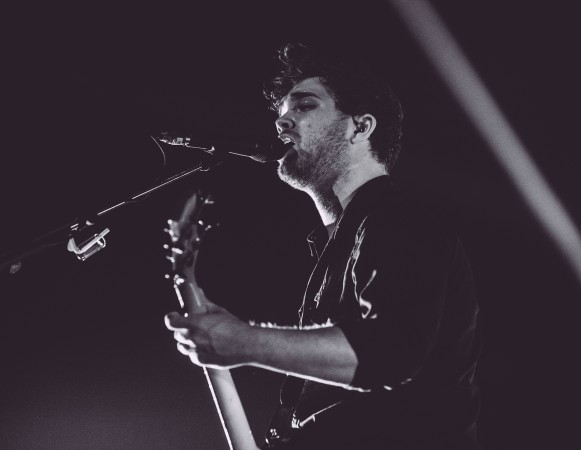 After thrashing through ‘Careless’, ‘Ten Tonne Skeleton’ and ‘Loose Change’, Ben Thatcher hops away from his drum kit, climbs on the speakers and absorbs the masses of sheer adoration that the crowd give him and his old mate, before the two blast into album opener but set closer, ‘Out Of The Black’. The thunderous outro leads to a joint drum thumping session, and Kerr bashing away at his bass with a drumstick, much to the amazement of the crowd… 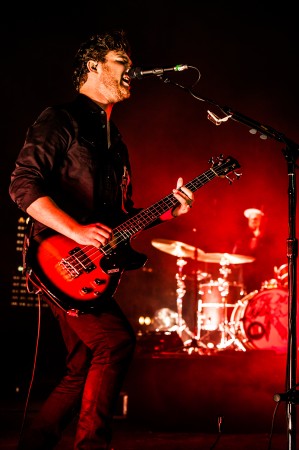 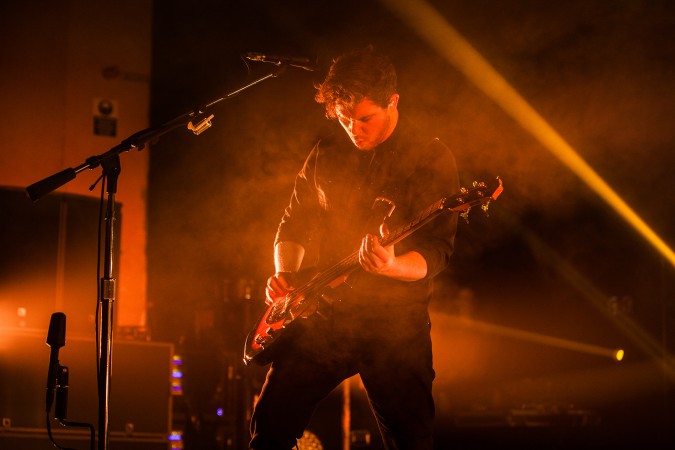 I look forward to seeing a Royal Blood equipped with more material as the filler from the album slightly hindered the impact of the big tracks, but overall, it was a monstrous gig. Only time will tell if Royal Blood develop into the next mammoth rock band, but a few more gigs like this and they’ll be well on their way to becoming just that.