Between the unrivalled line-up and morning workouts lead by none other than Mr Motivator (the hungover crowd a truly beautifully British contradiction, star-jumping with fag in one hand and tinny in the other), the perpetual torrential rain did little to dampen the atmosphere at this year’s Truck festival. If anything, what we all witnessed was an inspiring example of human endeavour in the form of some inventive repurposing of bin liners.

Not through lack of some seriously hard work, Truck has become an unmissable go-to amongst those in the know and for its 20th Anniversary, the air of celebration was certainly reflected in the talent that graced the stages. Having supported the festival for a fair few years already here at Gigslutz, here are some of what we deemed to be 2017’s undeniable highlights:

Slaves on the Truck Stage were so magnificent that I did not mind standing in the apocalyptic-esque downpour to watch and shout along words to the effect of “WHERE’S YOUR CAR DEBBIE, DEBBIE IS IT FAR (YOUR CAR)?” etc, etc. I didn’t even mind too much when I noticed mid-set that the rain had mercilessly claimed the life of my iPhone. And if that’s not testament enough, my mate (who actively dislikes Slaves) admitted at the end that they were “alright, actually” and coyly enquired if he’d be able to get a bod like Isaac’s if he took up the drums.

Due to a slightly haphazard queuing system to actually get into the festival, I missed Ardyn’s performance on the Friday afternoon however I’m still including them because I know that it would have been a stand-out (and secured them a slot higher up the bill for next time!). If you haven’t heard them before I implore you to give the gorgeously lilting ‘Help Me On My Way’ a listen ASAP. You won’t regret it.

I’ve said it before and I’ll say it again: I bloody love The Big Moon! Playing all the best material from their debut album, Love in the 4th Dimension, the girls sounded great as they coolly commanded the main stage on the first night of the festival. Never too cool for whipping out her best dance moves however (and swinging her mic in a rather phallic manner), frontwoman Juliette Jackson seemed in good spirits and encouraged the crowd to join in before playing sultry set-closer ‘Sucker’ following several yelled requests from fans.

Inciting mass mud fights whilst wearing white trousers is never a good idea but Vant are too punk to care. Blistering through their set, the band lived up to the Truck programme bio of being not just a band, but a ‘war cry’. With an assertive stage presence and an arsenal of switched-on tracks touching on everything from Syria to climate change, Vant’s set proved to be somewhat reassuring, earning a rapturous reception amongst Truck’s younger demographic (I like to think of it as a bit of a breakaway movement from Reading and Leeds, in the best way). 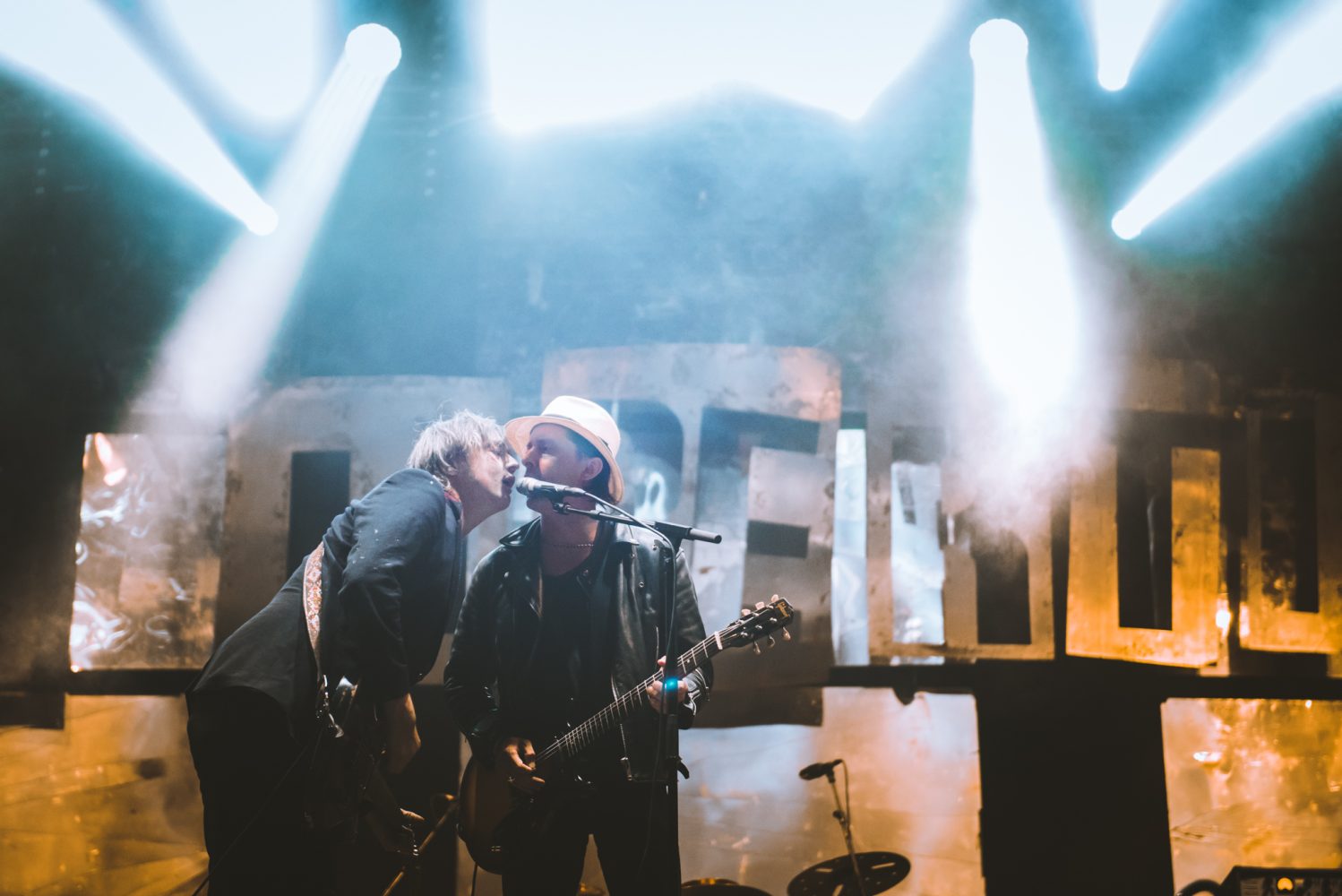 Yes, Pete is looking a bit grey these days and his onstage bromance with Carl has began to feel like a bit of a predictable trope to appease old fans, but their headline set will always be a corker thanks to those oh-so singable riffs and iconic choruses. Sauntering out to the sound of ‘Power to the People’, The Libs wasted no time in rattling through all of the classics, only pausing for breath during a mid-set rendition of ‘You’re My Waterloo’ before promptly upping the tempo and launching into a newer offering in the form of ‘Gunga Din’ happily backed by a very soggy audience.

Closing with their titular track, Superfood performed to a packed-out tent all cooing ‘Superfooood’, which made a nice change from the otherwise intermittent chants of ‘Ooooh, Jeremy Corbyn’. The band also took the chance to road-test newer tracks including ‘I Can’t See’ and ‘Double Dutch’ tipped to be included on their forthcoming album. Those unfamiliar with Superfood but who had taken refuge from the rain in the So Young curated tent will surely have been won over by their infectious pop (did I mention it rained at Truck??).