“Thank you for coming to our first gig as a top ten band,” Metronomy’s founder and frontman Joseph Mount tells a surprisingly lively Monday night crowd, continuing with how saying that felt (with a bang on the drum for each syllable), “rid-ic-u-lous!”. Just 24 hours after fourth album ‘Love Letters’ entered the charts at number 7, the band also bestowed thank you cards on the Guinness fuelled crowd in the form of organ-heavy electro and wonky-pop numbers, as if this meeting of celebrations (the top ten thing and, as Mount put it, “St. Irish Night”) was literally the best party that was happening anywhere at that particular time. 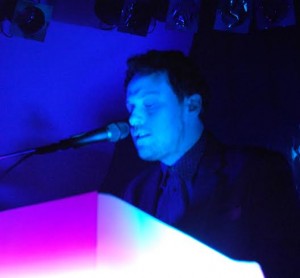 So with a crowd in gold and green, on a stage in pink and blue (and led-light customised keyboards) and dressed in their recently instated burgundy and white uniform, Metronomy offer a 19 song, three album (nothing from their debut is played) retrospective. A trio of love letters ease the Nottingham leprechauns into the set, with ‘Monstrous’ slowly building up to an even-more upbeat take on ‘Month Of Sundays’ before the LP’s title-track takes things up a notch. With each album, Metronomy have offered a variation of their own sound, yet the 80s electronica of ‘Nights Out’, the sea-breezy numbers of ‘The English Riviera’ and the psychic-soul of ‘Love Letters’ work wonders together for a performance that encapsulates and excites in equal measure.

Sharing the front of the stage with Mount, bass-player Gbenga Adelekan is an effervescent musician who gives each note an enthusiastic nod of approval and each break the steps he feels they deserve. As the set moves back three years to ‘The English Riviera’, tracks that have had time to work their way into the blood of the band sound strong and slightly more confident than newer moments. Despite the chilled melodies of ‘Everything Goes My Way’ and ‘The Look’, they’re instant crowd pleasers, with a sea of souls dancing like they’re in the wrong room but enjoying the moment nonetheless. As the band switch roles (with Adelekan and drummer Anna Prior joining Oscar Cash on keyboards) and the romantic lighting begins to channel a 90s rave – complete with smoke machine and lasers – it becomes clear that Metronomy are one of the most exciting bands of the year, due to their influences and admiration for often forgotten musical moments. ‘Reservoir’ and ‘Boy Racers’ from ‘Love Letters’ could almost be vintage Kraftwerk demos, while instrumental ‘Side Two’ follows with a wonky rhythm and unorthodox samples.

Although the majority of the big numbers are given their outing during the bulk of the show (with ‘Holiday’ and ‘Radio Ladio’ arguably providing the peak), one track from each LP gets a look in for the encore. Rebuilding things once again, ‘Some Unwritten’ crescendos, while ‘Heartbreaker’ is a steady, messy dance number and ‘The Most Immaculate Haircut’ isn’t the huge hit one might expect from an encore, but gives an impression of where the band are at now, and what the crowd will hear when they listen to ‘Love Letters’ again, having seeing how they were written. 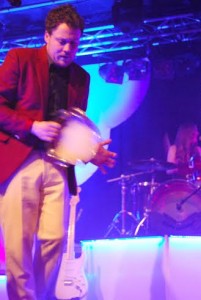 Previews: Bowl with it! Britpop bowling in London