Following on from last year’s tenth birthday celebrations, Bestival returns next week for another weekend of the biggest bands, the best DJs sets and the most bizarre things you’ll ever see at a festival. Rob and Josie Da Bank better their festival year after year, thinking outside the (dressing up) box with exclusive performances and innovative ideas, ensuring that the festival season ends on the highest of highs.

Here’s the lowdown on Bestival 2014, but with just a few tickets left for this year’s Desert Island Disco, you might want to book before you read! 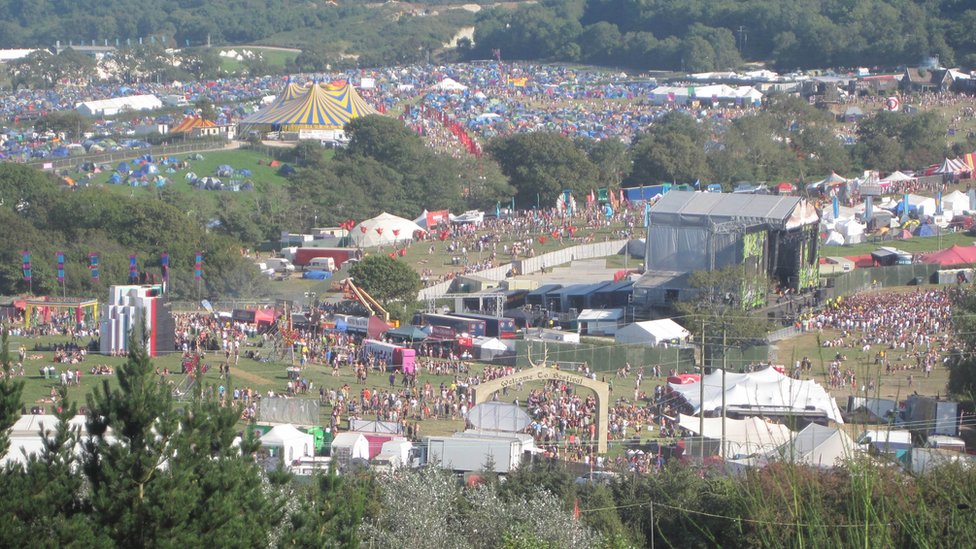 Bestival takes place in Robin Hill Country Park on the Isle Of Wight, and while every festival can seem like living life in a bubble for a weekend, away from the rest of the world, stepping onto a ferry (or hovercraft… or even swimming across) only adds to the experience. Of course, the Isle Of Wight’s relationship with festivals goes back to before Bestival was a twinkle in Da Banks’ eye, but while Isle Of Wight Festival has a more mainstream vibe, Bestival has meandered from a boutique festival to, arguably, the closest thing (atmospherically) to Glastonbury.

Bestival is famous for its fancy dress themes, with shipmates and sailors taking over last year (HMS Bestival) and scenes similar to The Lion King’s opening scene for 2012’s Wildlife theme. In short, if you’re not in fancy dress on the Saturday of the festival you will look ridiculous. This year the theme is Desert Island Disco, so pack your Hawaiian shirts, coconut bras, flares and platform shoes to ensure you look like the right blend of Tom Hanks in Castaway and The Simpsons‘ Disco Stu.

Going one better than the restivals, Bestival has four headliners this year:

Beck brings his folk, funk, lo-fi, hip-hop, rock and soul splattered setlist on the Thursday, to warm the crowds up for their weekend ahead. Expect a healthy amount of this year’s dreamy Morning Phase, in between classics ‘Loser’, ‘Gamma Ray’ and Kraftwerkian Marmite moment, ‘Get Real Paid’.

Fresh (and, naturally, so clean) from festival appearances across the whole world, Outkast’s 20 year anniversary party is sure to bring back memories from those who followed their career forever-ever ago. If their set at Wireless in July is anything to go by, hip-hop will reign supreme as tens of thousands of Bestis shake it like a Polaroid picture. Hey, and indeed, Ya!

With last year’s Holy Fire, Foals cemented their role as one of the most exciting bands of the moment, providing raw anthems somewhere between Muse and U2 (‘Inhaler’, produced by Flood incidentally) and danceable rock to rival both Bombay Bicycle and Two Door Cinema’s clubs (‘My Number’). It’s going to be one hell of a farewell party before the band disappear into the studio for a while to complete album #4.

What would a disco –desert island or otherwise – be without Chic Featuring Nile Rodgers? Following their performance before Elton John’s headline slot set last year, the legendary songwriter/producer/performer returns to close Bestival 2014 in style. His sets are renowned for packing hit (‘Le Freak’) after hit (‘We Are Family’) after hit (‘Let’s Dance’) after hit (‘Notorious’)… And if that wasn’t enough, this time we’re told to expect something extra special. Who knows, perhaps we’ll Get Lucky…

If that wasn’t enough, the disco theme lingers throughout the line-up: In one of few appearances this year, La Roux provides the Trouble In Paradise, with funk-flavoured cuts from her recent collection, while Candi Staton’s catalogue (including ‘Young Hearts Run Free’ and ‘You Got The Love’) is sure to inspire a sing-a-long or too. Feel free to ‘Do Your Thang’ with party starters Basement Jaxx or, if it is your thang, Murder On The Dancefloor with Sophie Ellis-Bextor. 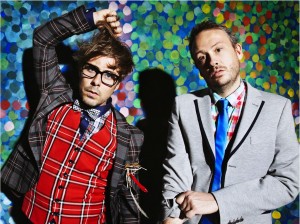 New music is celebrated, with Childhood, Temples, Sam Smith, Clean Bandit and many more representing the cast(aways) of 2014, and Paloma Faith, Major Lazer and Wild Beasts reacquainting themselves with big stages and even bigger crowds. Whether you like your festival chilled (Laura Mvula), deep (Disclosure), heavy (Busta Rhymes) or tripping (Bonobo), Bestival caters for all.

The HMS Bestival may be temporarily shipwrecked, but with Captain Rob Da Bank at its helm, where else would you rather be? The renowned DJ’s phone book must read like a who’s who of dance music, meaning that sets by the likes of Annie Mac, Chase & Status, Skream, Zane Lowe and Craig Charles are one of the huge privileges Bestival regulars will know to expect.

As with the best festivals, it’s not all about the music. A typical day in the life of a Bestival-goer might begin with working out to Mr. Motivator before getting married in an inflatable church, taking part in a moustache competition, seeing the works of Shakespeare (performed by shitfaced actors), heading to The Grand Palace Of Entertainment for entertainment that is indeed grand, and finally catching a late-night film at the Amphitheatre. And then there’s the world record breaking disco ball… There might even be time for a band or two in between. 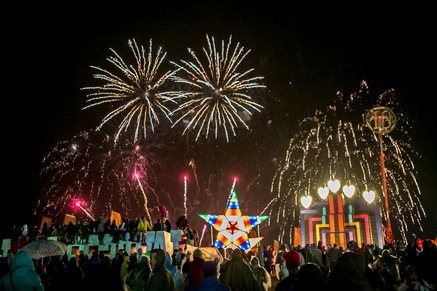 The clue’s in the name, people.