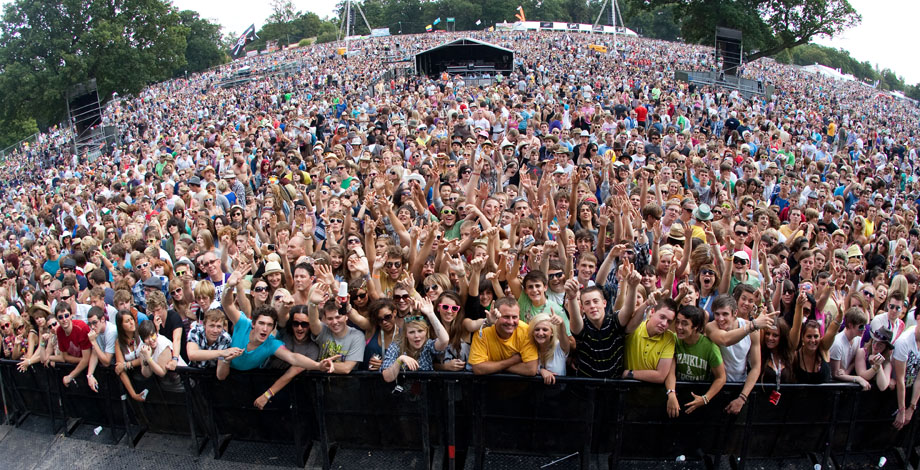 V Festival has occurred every August since 1996 and is renowned for its pop friendly line-up and lively atmosphere. This year is set to be another great year for the Virgin sponsored event, with the Chelmsford and Staffordshire sites sharing a line up that switches for each day. Festival goers are set to be wowed by the likes of headliners The Killers and Justin Timberlake amongst many other acts including Ed Sheeran, Lily Allen and Tinie Tempah.

But if you’re not someone who can tell their Neon Jungle from their All About She don’t worry as 2014 sees one of the most diverse V Fest line ups in recent years. For the 80s/90s nostalgics there is Blondie, The Human League, M People and Embrace to get excited about; dance fans will be catered for by Chase and Status, Above & Beyond, Sub Focus and Alesso; urban lovers can look forward to Fuse ODG, Jhene Aiko, Rudimental and Childish Gambino whilst indie-cindies will be treat to Vance Joy, Tom Odell, The Strypes and Miles Kane. A special mention must go to the highly anticipated set from The Wailers who will be performing tracks from ‘Legend’, so expect some huge Bob Marley sing-a-longs!

Whilst there is plenty of music on offer across the weekend, festival goers can also take advantage of the huge fun fair that sprawls across the centre of the main arena and also enjoy the Lucozade Energy YES Arena with its legendary Silent Disco and plenty of freebies flying around.

Ones to watch at V Fest:

Whilst the headline acts and special guests Chic feat Nile Rodgers will be the main focus for many people heading to V Fest this year, below we have listed a handful of sets that we think you should definitely catch over the course of the weekend…

After featuring in our urban section with her track ‘The Pressure’ and with her debut album due for release in early September, the sultry, contemporary R&B singer is set to make her V Festival debut. Having worked with the likes of Drake, Kendrick Lamar and ScHoolboy Q, Jhene Aiko is set for a big future so check out her set on the Arena Stage.

The Irish four-piece formed in 2011 and have quickly become a favourite of artists such as Dave Grohl. The Elton John-backed outfit released their debut album ‘Snapshot’ at the end of last year and are sure to set the Futures Stage alight with their own brand of fast paced, gritty, garage-rock.

Best known for his UK number 1 single ‘Dangerous Love’ which featured Sean Paul, Fuse ODG has built up a huge following in the UK urban scene since 2013, when he released his debut single ‘Antenna’. Expect to see an extremely energetic set which is sure to feature his ‘Azonto’ dance moves and is likely to see a performance of his latest track ‘TINA’ which features Angel.

Having signed a five album deal with Atlantic records in 2013, Vance Joy was quickly brought to the attention of the music buying public when his track ‘Riptide’ took over the airwaves and reached the UK top 10. With his album due for release in September, the Australian singer-songwriter is sure to draw a huge crowd with his acoustic-surfer sound.