On September 11th, 2001 four hijacked planes took part in a terrorist attack on America. 2,996 people died on a clear, cerulean day in New York, and somehow the world was never quite the same again. Flash forward to January 29th, 2014. I went to see Suzanne Vega in Manchester, on a miserable, Mancunian night.

Pay attention gentle reader, I am already linking these two separate, seemingly disparate events together. 2017 sees the 10th anniversary of Beauty And Crime, Suzanne Vega’s post 9/11 album. I would postulate this was her last, great work. She played a set of thoughtful, but mildly inscrutable music that left me feeling cold. Nothing from the album was included, to my muso chagrin. 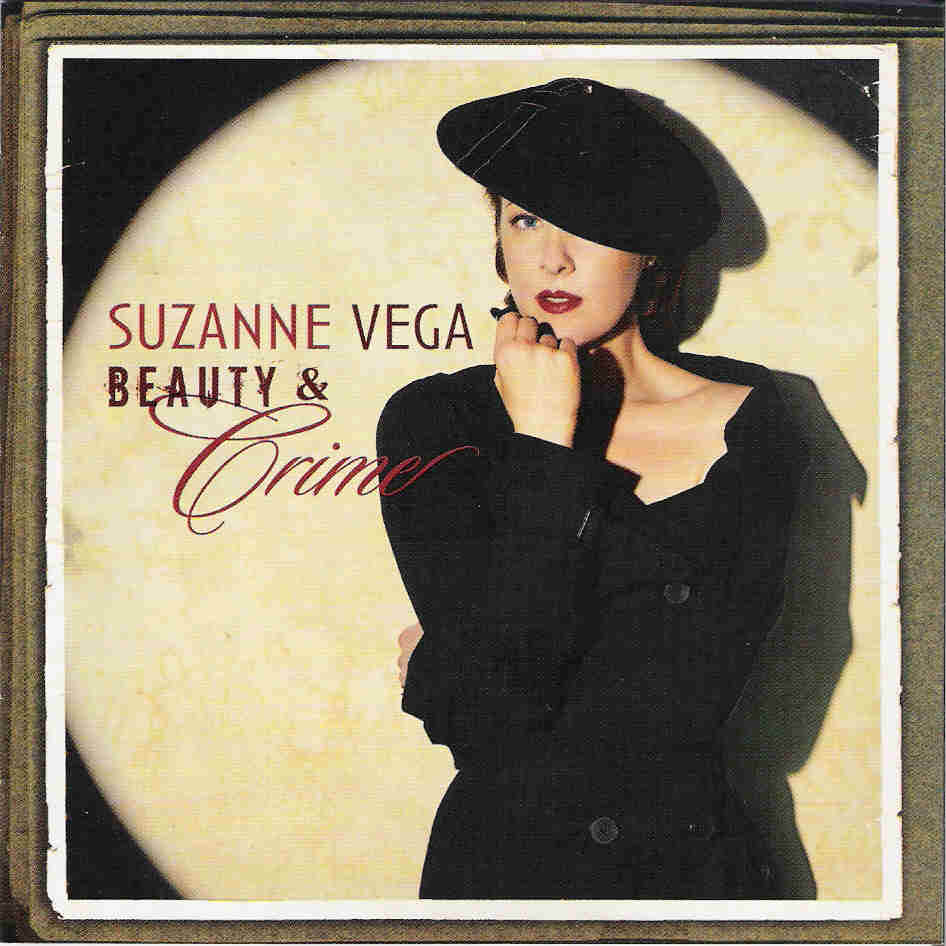 Vega’s music was filtered to me, by osmosis from a brother’s ex-girlfriend and a former friend. I see none of the three concerned again. In a sense, the theme of the album is nostalgic reminiscences of what might not have been there in the first place. Vega’s teenage friend, graffiti Zephyr, her brother Tim. The latter worked at The World Trade Centre and died in 2002 of a drug and alcohol overdose. Nothing filters public loss finer than private loss.

It’s tempting to paint 9/11 as a giant, macabre conjuring trick. The fireman, in ‘Angel’s Doorway’, forced to strip down to his clothes by his wife due to the stench of death, is evidence enough of that. New York runs through the album, the very nature of what the city is about (“New York is A Woman”). See also ‘Frank And Eva’, the nod to the tempestuous relationship between Sinatra and Gardener: the great love of each other’s lives, but hoplessly mismatched temperamentally (“It’s not enough to be in love”).

In some respects, Beauty And Crime is a reflection of her two previous albums. Nine Objects Of Desire, is both uxorious and luxurious. Songs In Red And Grey is a post-divorce album, her happy marriage to her producer Mitchell Froom having ended in smoke, ashes and that woman off Ally McBeal.

Skip over the wreckage of 9/11 and follow me back to Manchester. I’m cornered in a hotel bar by three Vega trainspotters (one female, two male). I’m at a time in my life, when I shun human company for the comfort of the shadows. It’s safer that way. I also cotton onto the clanging notes of their own, personal love triangle. Both blokes fancy the woman. One is determined to show his heart in a sensitive, Guardian-reader way. The other by drinking loads of alcohol that interferes with his anti-depressants.

I leave this insular, potential car crash for the gig. It’s not bad, but not great. It was an empty experience that made me realise, being alone pure loneliness is pure emptiness. I wouldn’t be getting married now, if I didn’t feel that way. Beauty And Crime marks a career high-water mark for Vega, that the past is the past, and always will be. Nothing from the album was performed. It made me realise (still does) that sometimes, letting go can be a beautiful thing.

THIS FEELING BIG IN 2016 TRACK OF THE DAY: No Hot Ashes ‘Easy Peeler’